In the early 19th century, this location was home to a small but thriving Shaker community. Thanks to preservationists, historians, tourism officials, and records left by and about that original community, the area is now the site of the largest restored Shaker village in the United States. Thirty-four of the two hundred and sixty structures built by the Shakers still survive and the village includes an inn in one of those buildings as well as a restaurant and activities for families and children such as hikes and hayrides. This historic site is not quite a living community as there are very few Shakers left in the United States, but it is staffed by knowledgeable experts and home to a variety of events throughout the year such as the popular Music on the Lawn Series. The site also offers a variety of shops and thematic events that explore the history of food.

The restored Shaker village offers a restaurant and inn making this a place to explore and experience history. 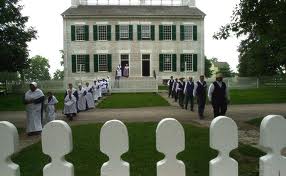 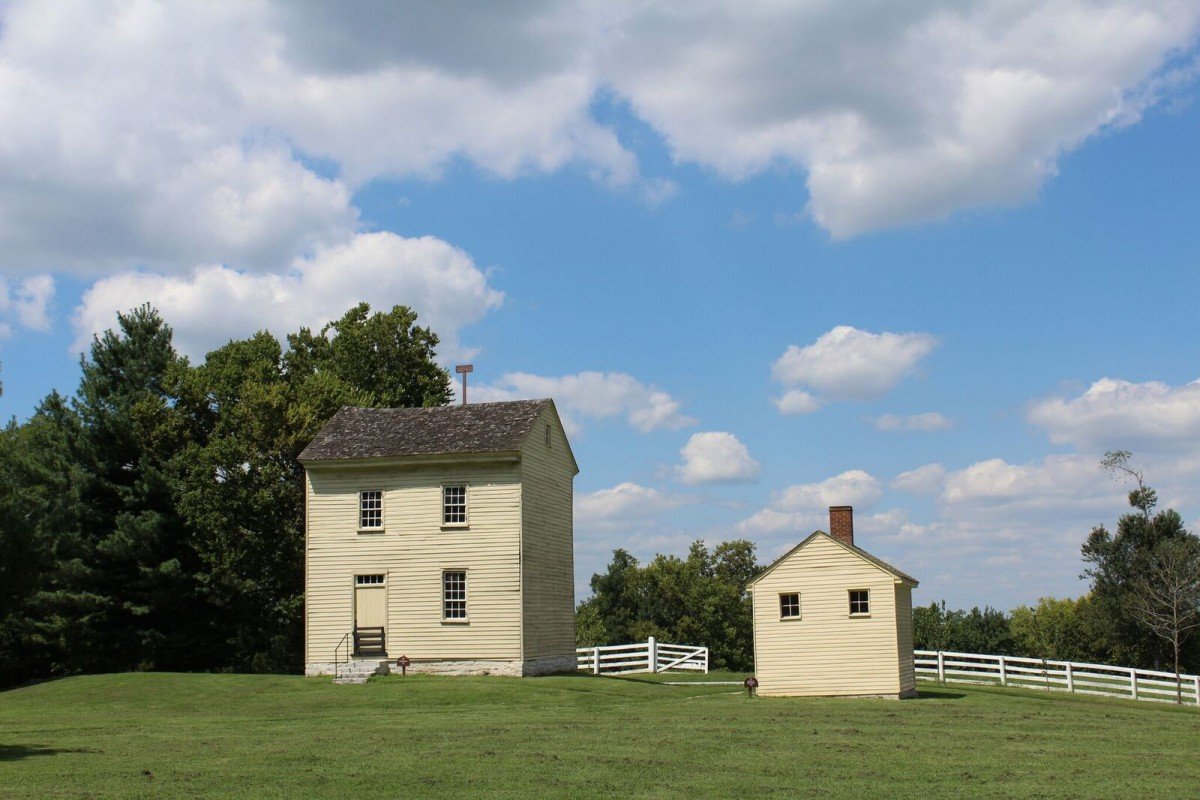 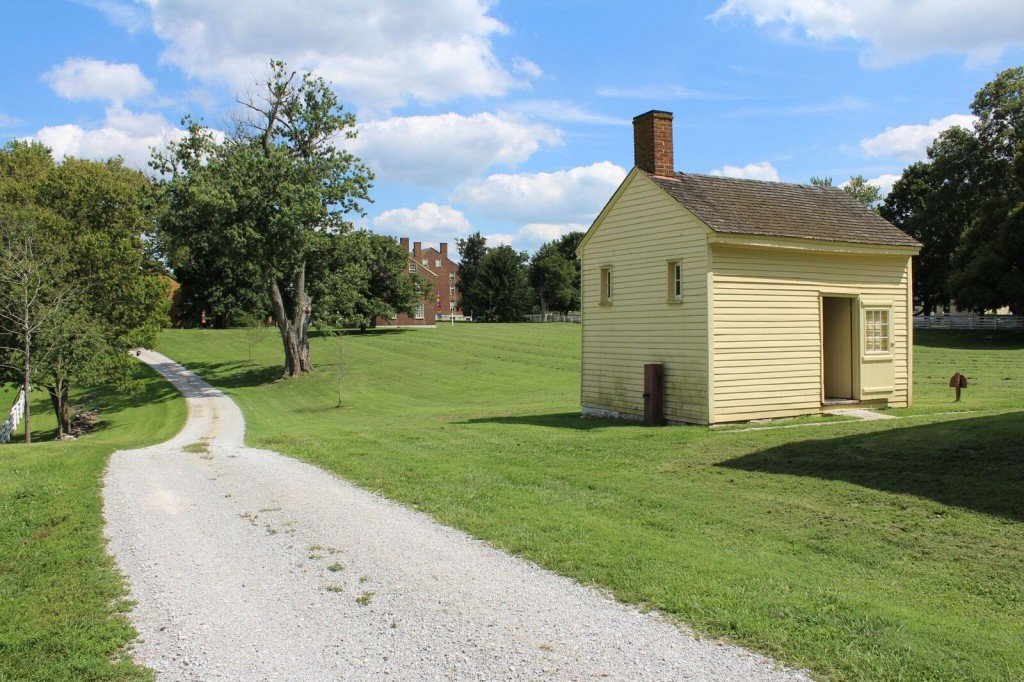 This was the site of a religious community that was active from 1805-1910. Thanks to preservation efforts and with the support of members of the Shaker faith, the area is now a National Historic Landmark. It is important to note that this site is not an actual Shaker Village and many of the popular activities such as the live music performances involve activities that the Shakers would not recognize.

The Shakers were religious followers of the Mother Ann Lee who believed in celibacy once one joined the church.  By 1805 eleven Shaker communities were already established.  Many members were added to the church as pioneers began to move westward.  The Shakers believed in Jesus and that their long preaching sessions, lively music, and dancing would reach an emotional shaking pitch in their worship services.

As Shaker communities grew and prospered, so did the marketing of their wares.  By 1825 the community prospered by the high quality of their wares such as produce, seeds, preserves and brooms.  They made large stone building and walls and raised cows for dairy production and sheep for wool cloth.  They invented many mechanical devices for making work easier.

Although Pleasant Hill was located in the South, their views on slavery were controversial. Their membership was divided. Feeding and careing for civil War soldiers, both North and South took its toll in both food and manpower. The membership dwindled away and was dissolved in 1910.

Many visitors now come to Pleasant Hills to observe Shaker life as it used to be. One can see the farm, gardens and buildings such as the hospital, schoolroom, and laundry along with displays of craftsmanship.

In 2018 HistoriCorps will be heading to Shaker Village to preserve the Water House. This structure has a fascinating mechanism that helped the Shakers monitor the water level inside. The flag on top would lower with the water level, and when it was low enough, a community member would go to the nearby pond and hitch up a horse to a wheel that, when turned by the horse, would pump water from the pond into the Water House's container. The flag rose with the water level, and when high enough, the person would stop the horse's turning. Visit www.historicorps.org for details on volunteering and supporting this preservation project.