The Church of St. Mary is an historic church in Melrose, Minnesota. It was built in 1899 and designed by George Bergmann in the Romanesque Revival style. When it was built, it was the most dominant building in Melrose and continues to be an important landmark. The church was listed on the National Register of Historic Places in November 1993.

The Church of St. Mary 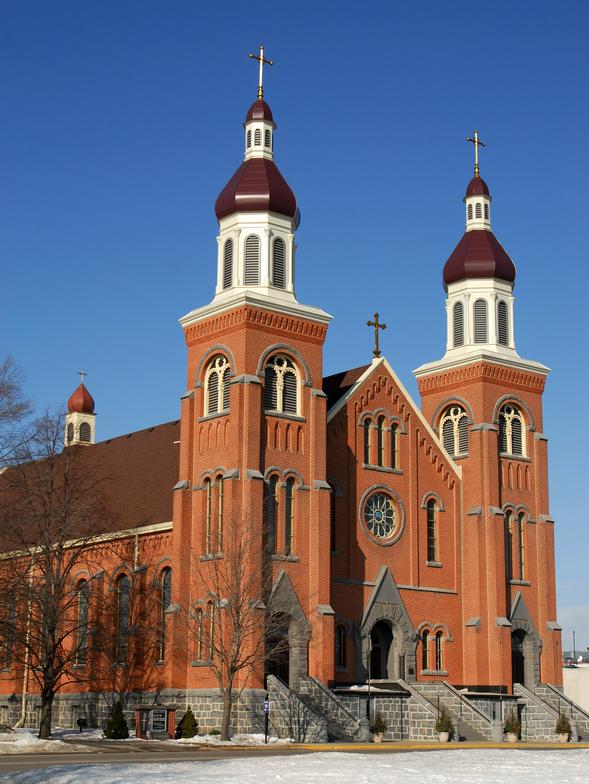 Minnesota attracted large numbers of German immigrants, surpassing other immigrant groups in population size. Benedictine Father Francis Xavier Pierz encouraged Germans to settle in Stearns County. The first church on the site was a wood frame structure built in 1879 and this was later expanded. Construction for the current church began in 1897 and was completed two years later; it was named Church of St. Boniface for many years. It mainly served the large German Catholic population of the county when it was built.