The San Angelo Museum of Fine Arts is located in downtown San Angelo along the scenic Concho River. Since its opening in 1985, this museum has featured over 350 exhibits covering all mediums in its three spacious galleries, and it currently caters to hundreds of thousands of residents in 15 counties throughout West Texas. With a mission to educate and entertain the general public in San Angelo and the rural communities of the Concho Valley, the San Angelo Museum of Fine Arts sets the standard for the local and statewide artistic community. Because of the variety and depth of the exhibits featured at this museum over the years, it has received the Citizen of the Year Award from the Chamber of Commerce in 1992 and 2005, the National Award for Museum Service from the Institute of Museum and Library Services in 2003, and the Award of Excellence in Museums from the Texas Historical Commission in 2011. The San Angelo Museum of Fine Arts gained accreditation from the American Alliance of Museums in 2005. 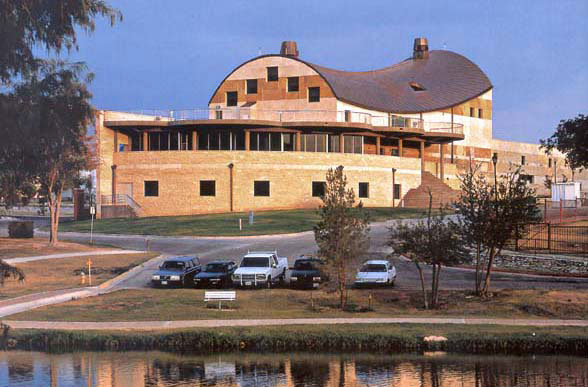 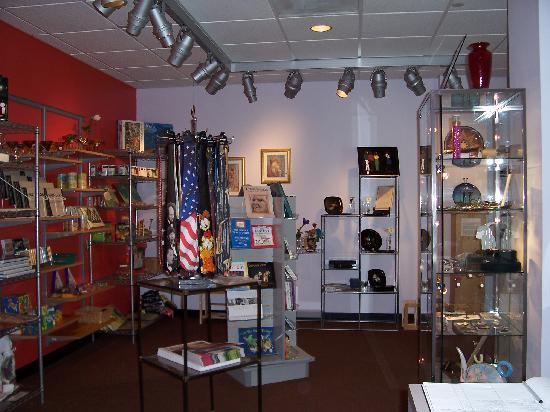 Family Day at the San Angelo Museum of Fine Arts

Although the San Angelo Museum of Fine Arts was first founded in 1981, it opened its doors to the public in 1985 and was located in a historic 1864 Quartermaster Building at the acclaimed Fort Concho National Historical Landmark. Between 1985 and 1999, museum-goers could tour Fort Concho and stop by the museum to explore its various exhibits that were donated by the National Portrait Gallery, the Dallas Museum of Art, and the Library of Congress.1

Over time, local and international artists donated their works while curators acquired historical pieces, and from 1994 to 1999, around $8 million was raised to build a dedicated building for the museum. With the expertise of the internationally renowned architectural firm, Hardy Holzman Pfeiffer Associates of New York and Los Angeles, the new museum building endures as a modern and inspiration masterpiece that draws thousands of visitors from around the world.2

Visitors to the San Angelo Museum of Fine Arts can discover a rapidly growing permanent collection of over 300 works of contemporary ceramic (Ceramics Monthly cited the biannual Ceramics Competition at this museum to be the “premier clay show in America”), various historical ceramic works from Asia, over 60 paintings and sculptures made by Texan artists, and over 100 works of Spanish Colonial Mexican religious art. In total, the permanent collection houses more than 650 objects, and the depth of this collection continues to grow with the most recent addition of American glass that ranges from the Colonial Era to Post WWII.3

The Scripps Howard Library has around 4,000 titles and folders that include books, art and architecture references, Texas maps, and other research materials.4 Visitors to the museum should also pay attention to the variety of competitions, events, and special activities occurring throughout the year. The Ceramic and Sculpture competitions stand as some of the most popular, though the Play It Again concert series featuring the West Texas Jazz Orchestra endure as exciting family events.5