The site on Pickard St. appears innocuous and historic photos of children lined up at the school even appear sweet and innocent, but the reality of this former school's history is more troubling. In an attempt to "cleanse" the children of their Indian culture, all native clothing, language, and customs were forbidden. Chain links on the walls still show where children were once chained to the walls for hours at a time. At least 174 children died in the first few years of being separated from their families and most of these children were buried in a cemetery on the property. Possibly as many as 200 Native American children died while attending the school. The school closed in 1934 and the property was converted into a facility for young men with mental health issues that had been placed under the state's care or had been arrested for a crime. That facility closed in 2008 and the city demolished each of the buildings that were part of the mental health facility. Part of the property is now owned by the Saginaw Chippewa Indian Tribe, who still hope to create a museum that might educate the next generation on what occurred at this place even after the city decided to move forward with plans to demolish the remaining structures. While the city hopes to promote commercial development at this site, the Saginaw Chippewa Indian Tribe considers the school and the adjacent cemetery to be a Site of Conscience and hope to prevent the erasure of the school, its history, and its people. 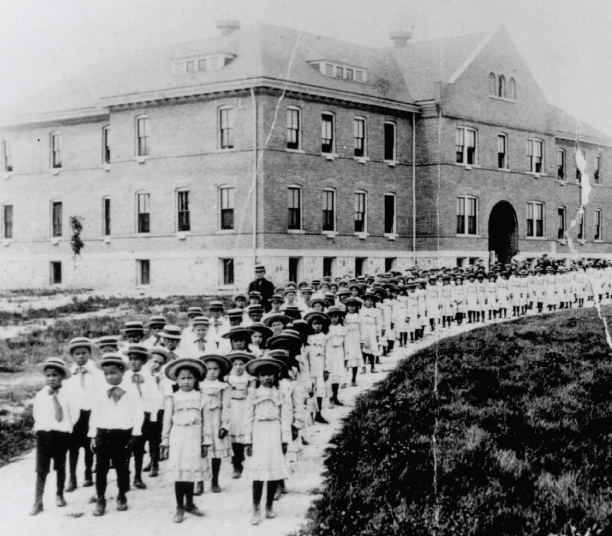 Dormitory of the boarding school, now demolished. Photo from the Wellbriety Journey for Forgiveness 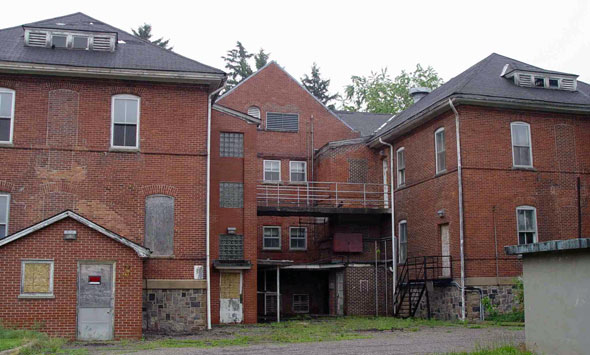 The Mount Pleasant Indian Industrial Boarding School operated from 1893 to 1934, based on a social experiment by Lieutenant Richard Pratt in 1879. He took several Apache prisoners, cut their hair, taught them English, dressed them in military uniforms, and put them through a rigorous military-style training. While several men committed suicide, most learned English and "adjusted" to English-style traditions. Pratt considered this a success and successfully requested funding to offer all Native Americans a similar-style education. The result was the Indian boarding school system, that the Mount Pleasant Indian Industrial Boarding School was a part of.

An October 1, 1889 report from the Commissioner of Indian Affairs demonstrates the mentality of those "reformers" who hoped to forcibly assimilate Native American children by separating them from their families. "The Indians must conform to the white man's ways, peaceably if they will, forcibly if they must."

By 1900 most Native American children attended boarding school away from their families. These children would spend their childhood in the boarding schools, neither fully in American society nor allowed to live in or express their native culture.

At Mt. Pleasant, children were expected to work hard, not just on schoolwork. They farmed, handled the laundry, and cooked meals. Letters to and from home were censored or even withheld if administration felt they could "disrupt" the student's school life. All signs of native culture were forcibly removed or destroyed. Long hair was cut, photographs of family taken (and never returned), and Native American clothing destroyed. Students even lost their names, being given instead common-sounding English names. Approximately 200 children died from malnutrition, disease, or abuse during the years of the school's operation.