Main entrance of the Colonel Henry Hewitt Wood House - note that the entry faces the river, rather than the road 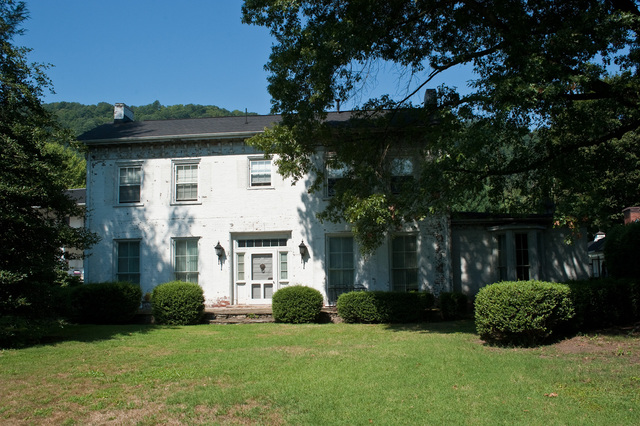 Plaque noting the historical significance of the house 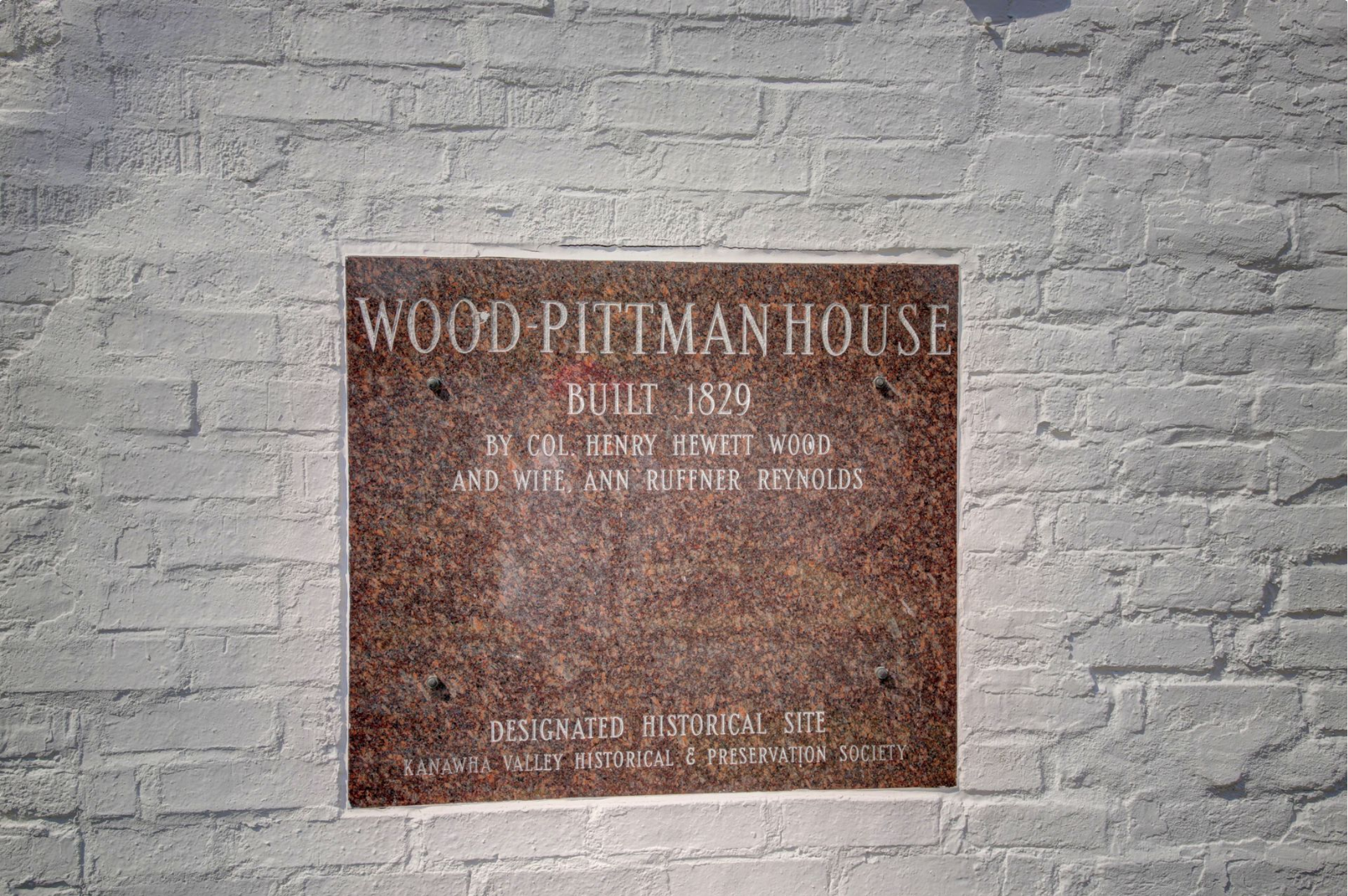 Unique colored glass panes have been preserved above the entry 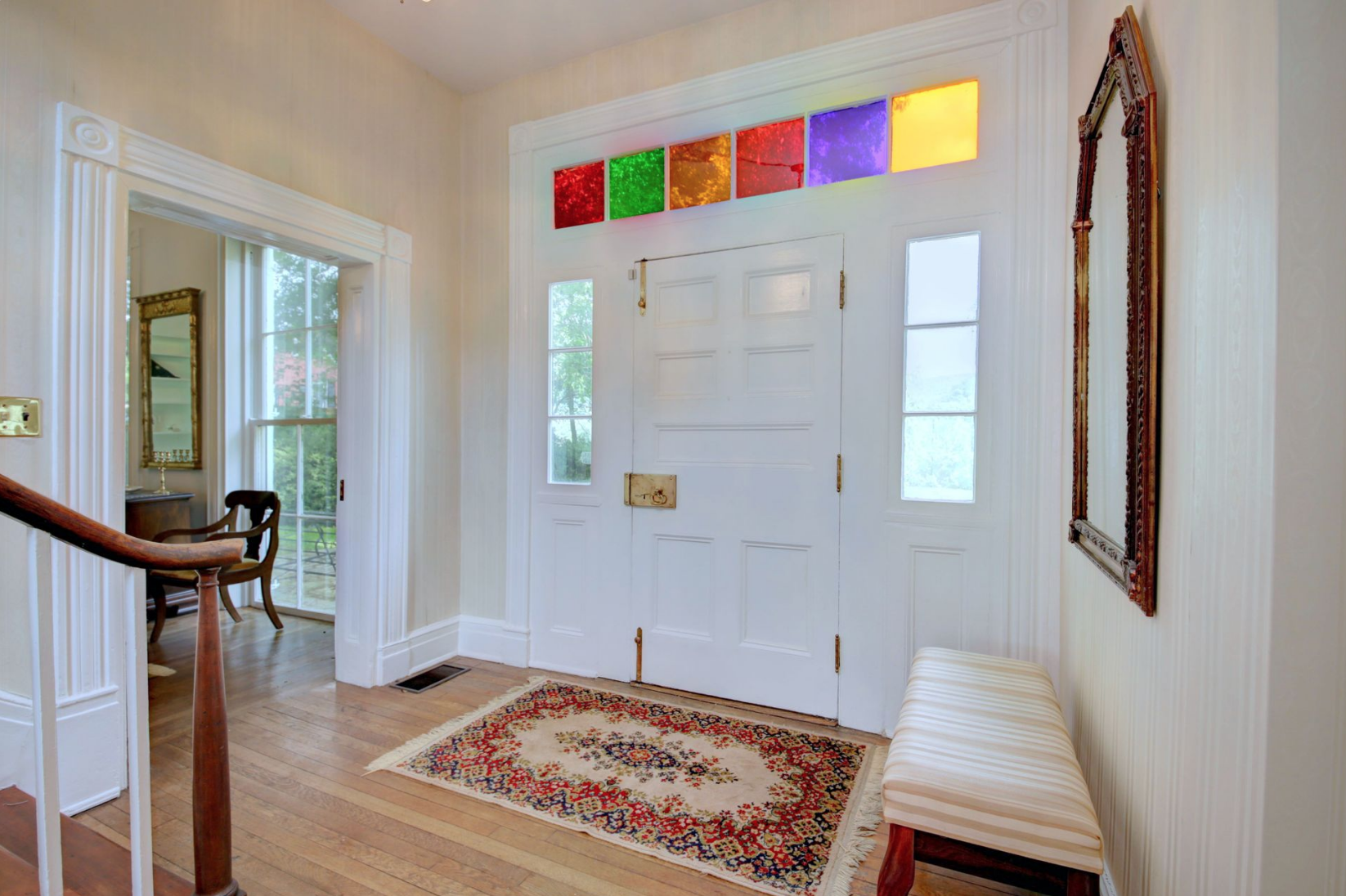 Driveway to the house from Roosevelt Avenue 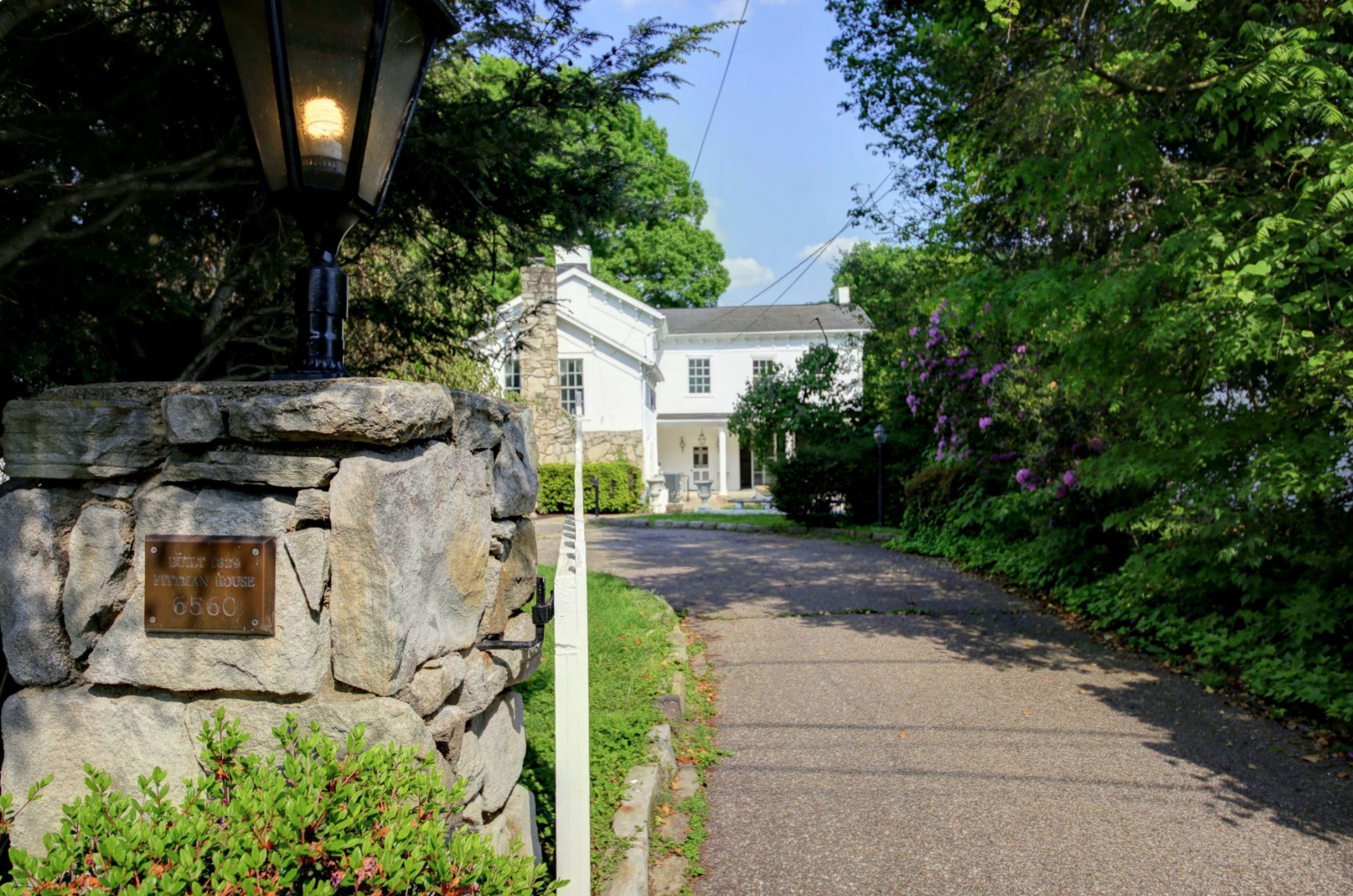 The house's facade, viewed from the river 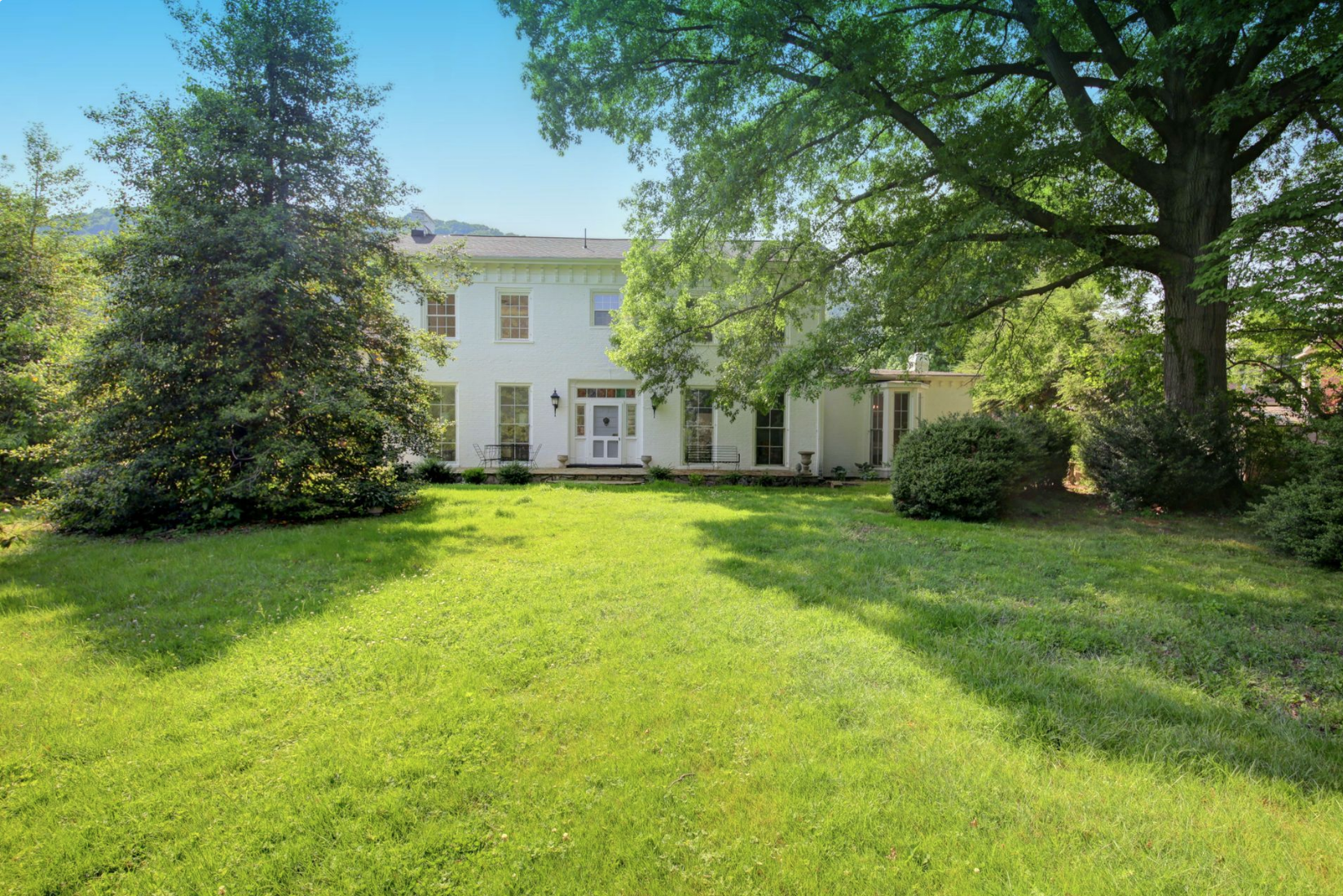 Closer view of the house's facade 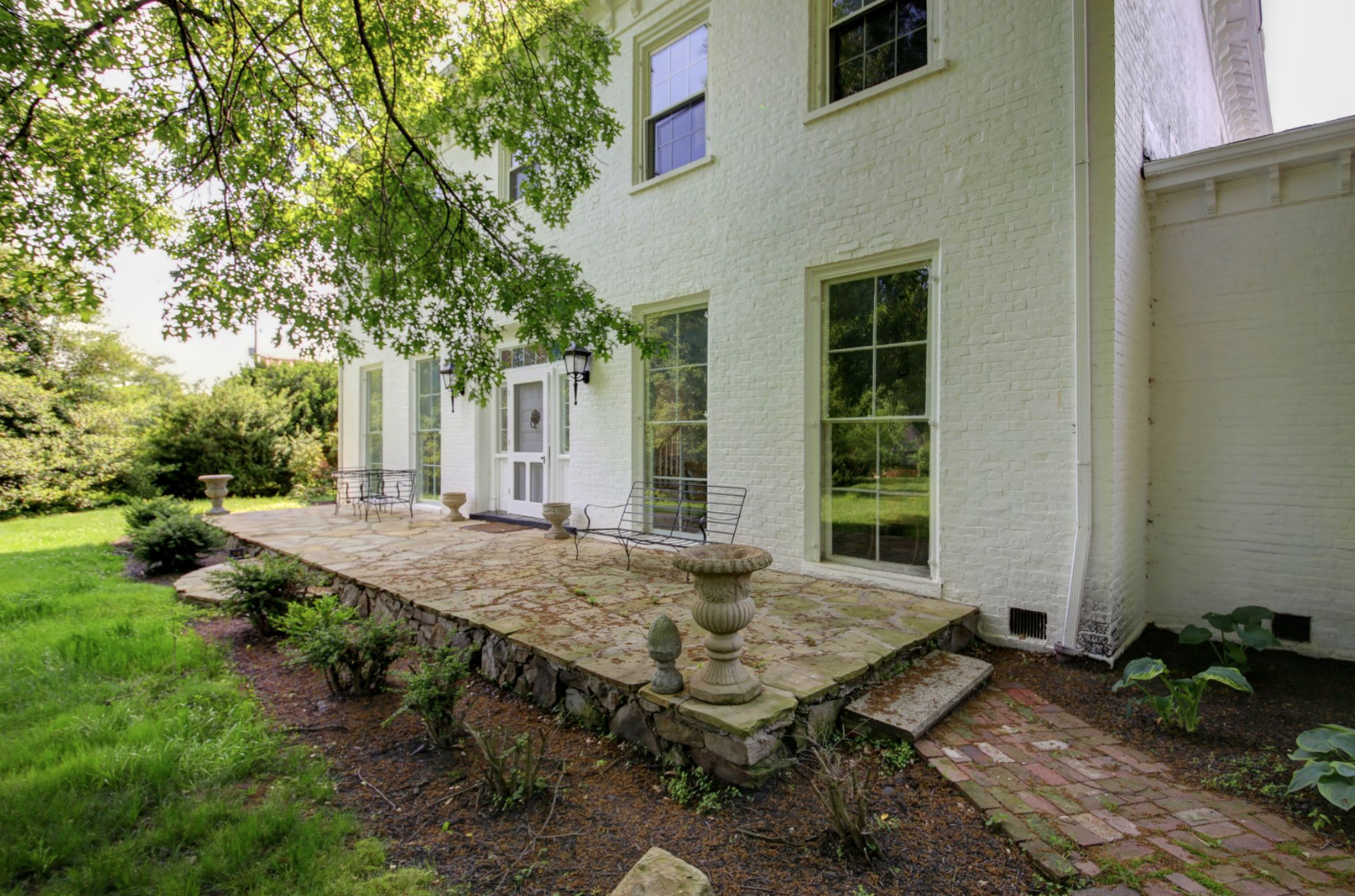 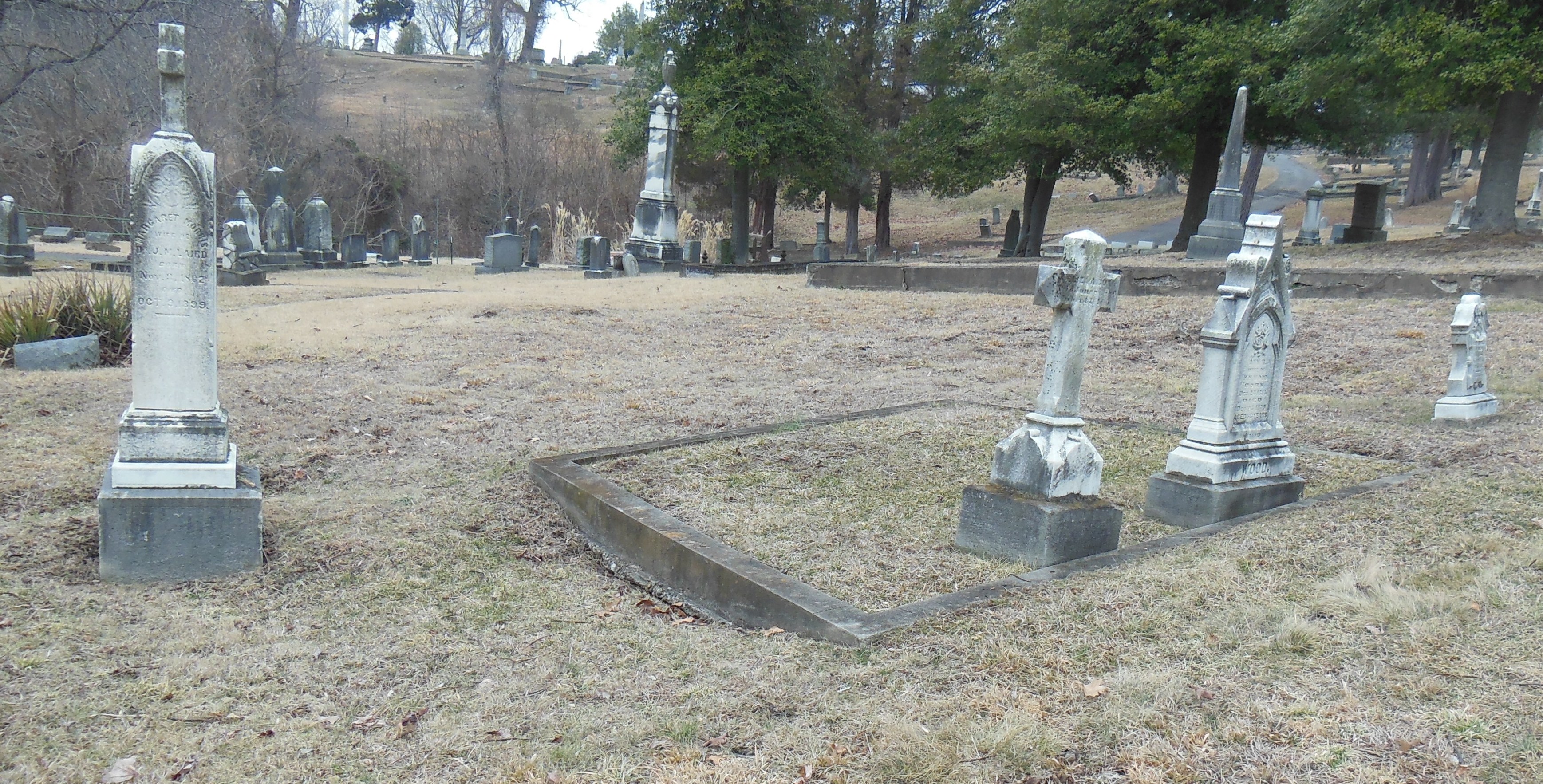 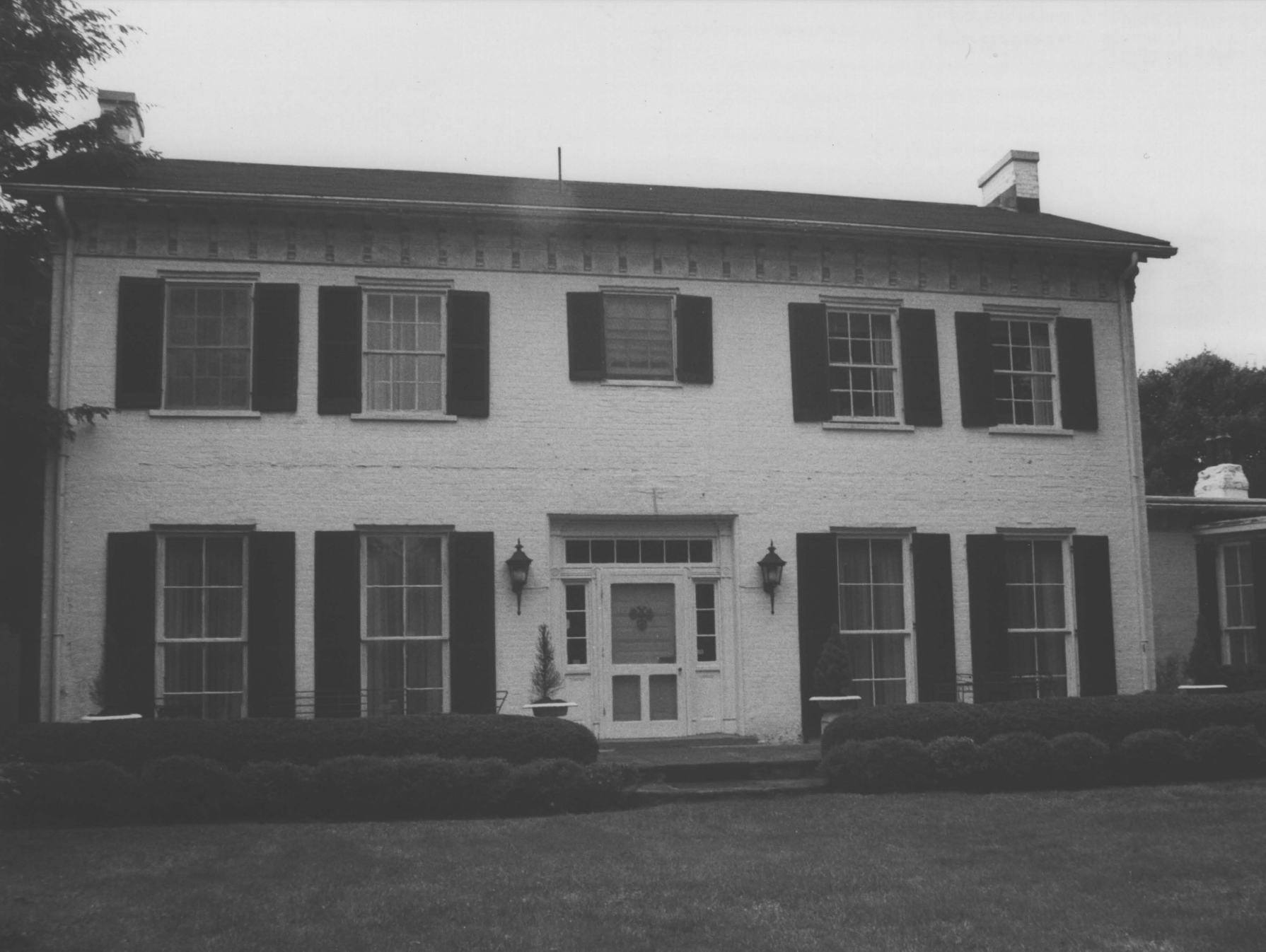 Originally known as the Kanawha Salines, Malden emerged as one of the nation’s richest industrial centers in the early nineteenth century due to the abundant salt springs along the river. After the Ruffner family drilled America’s first deep well for salt brine in 1808, a commercial salt industry rapidly developed in the valley, with salt furnaces lining both sides of the Kanawha and boats transporting barrels of salt up the river to the meat-packing center in Cincinnati. By the 1840s, the salt industry had reached the height of its commercial activity and Malden had become home to hotels, saloons and a bank, along with the grand mansions of the saltmakers and smaller residences for white and Black laborers, including slaves.

Colonel Henry Hewitt Wood was born in Ovid, Seneca County, New York on June 1, 1809. He arrived in the Kanawha Valley in the 1820s, likely to take advantage of the area’s booming salt industry. In 1832, Wood was married to Ann Ruffner Reynolds, the daughter of local saltmakers. Colonel and Mrs. Wood had several children together, including daughters who went on to marry distinguished men in Charleston’s emerging high society, such as a member of Congress and a prominent farmer and salt-maker. While relatively little information is available about Wood’s own salt-making business, he was evidently quite successful and emerged as a leading figure in the Kanawha salt industry. Like most other antebellum salt-makers, Wood relied on slave labor to operate his business: according to the 1840 census, he owned thirteen slaves, although the number may have been higher because many slaves in the salt industry were on lease from their owners in eastern Virginia. During the Civil War, Colonel Wood reportedly lost money as a Southern sympathizer, and his business likely declined along with the rest of the Kanawha salt industry in the decades following the war. Colonel Wood passed away on November 23, 1883 at the age of 74.

The Colonel Henry Hewitt Wood house was built in 1829-31. Although the builder and architect of the home is unknown, it is thought that a Pennsylvania firm is responsible for its design and construction. Given the growth of Malden in the early nineteenth century, and the heavy traffic along the James River and Kanawha Turnpike, it is likely that plans were occasionally available in the area, and that services of master builders could have been secured from distant sources. Though similar in style to other houses in the area, features such as floor length windows on the first floor, colored glass panes above the entrance, and ornate plasterwork set the Wood house apart. The orientation of the two-story, brick-and-stone house is also unique, as its main entrance faces the river rather than the street. This may be explained by the fact that the Kanawha River was the main artery of transportation in the valley at the time of the house’s construction.

Since Colonel Wood’s death in 1883, the house has been owned or occupied by a series of notable individuals including Mrs. Sallie Lewis Dickinson, whose husband was a salt producer and Mayor of Charleston; Lawrence Christy; Charles Cunningham; Judge John N. Charnock; and Heber Pittman. As the house passed to different owners, a succession of changes to its appearance was also made. Victorian alterations, such as the placement of wood brackets in the eaves and in the construction of a small room with a window bay, were undertaken late in the nineteenth century or at the turn of the century. Porches at the front and rear of the house were removed, and extensive landscaping, including the addition of a patio and swimming pool, had been done when the home was added to the National Register of Historic Places in 1980. The house’s surroundings also changed over time, as the salt business was replaced by a chemical industry and commercial activity shifted up the river from Malden to Charleston. Once part of a large farm, the neighborhood became a predominantly residential area. Despite such changes, the house’s various owners have preserved much of its traditional character. Today, the house is the oldest surviving on the south bank of the Kanawha River in the Malden area and the second oldest extant residence on its original foundation in Charleston. It is considered one of the “Seven Sisters,” Charleston's seven surviving pre-Civil War houses, along with Holly Grove Mansion (1815), Craik-Patton House (1834), Augustus Ruffner House (1834), MacFarland-Hubbard House (1836), Littlepage Stone Mansion (1845) and Glenwood Estate (1852).