The CMC-Northeast Stadium, formerly known as Intimidators Stadium and Fieldcrest Cannon Stadium, is a 4,700-seat stadium that is home to the Kannapolis Intimidators—a class Low-A affiliate of the Chicago White Sox. The team has played in the South Atlantic League under various names and team affiliations since its establishment in 1995. Dale Earnhardt partnered with the owners of the baseball team in 2000. The stadium features six luxury suites with a higher view of the field, box and reserved seat sections with chair backs, general admission bleacher seating, and a lush grassy area down the 3rd base line to accommodate the excess crowds. The stadium overall cost $6.8 million, including adjacent property, to construct. Adjusted for inflation, it would be around $10.7 million if it were built today. 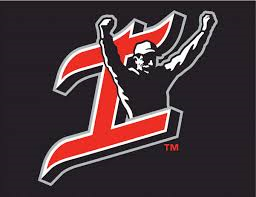 Dale Earnhardt standing in front of logo he inspired 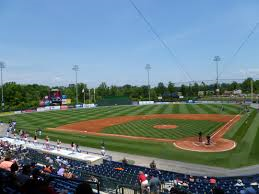 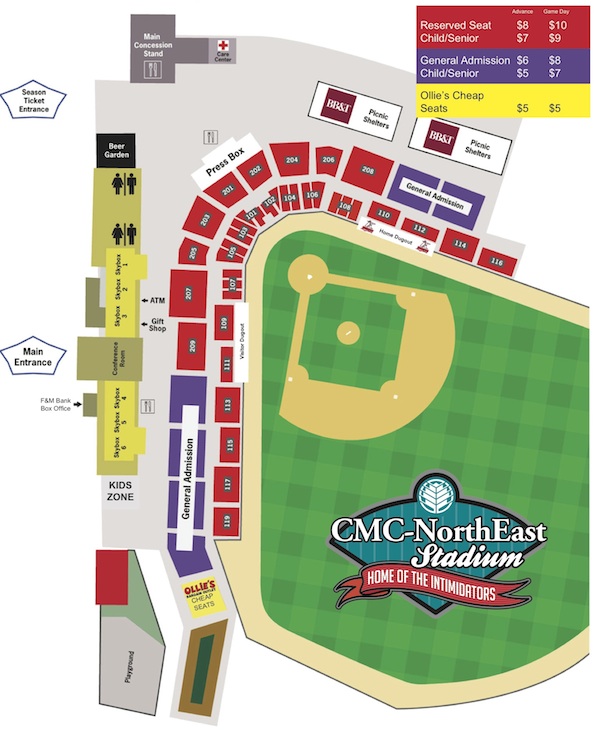 The stadium during a game 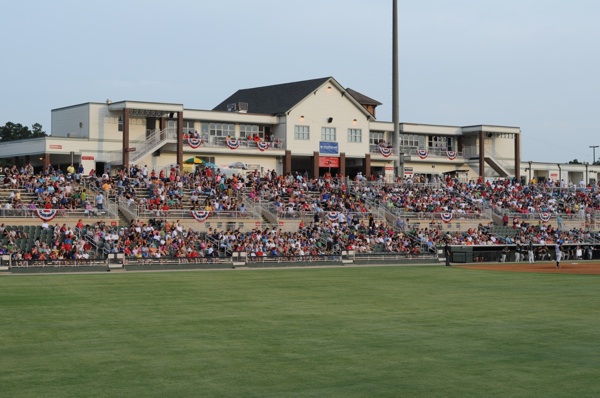 The Intimidators franchise moved to Kannapolis in 1995 from Spartanburg, South Carolina, where they had been a Class A affiliate of the Philadelphia Phillies. A huge debate erupted in the Kannapolis area over what to name the team before the team officials finally decided on the name themselves. They chose to call the team the Piedmont Boll Weevils for the 1995 season. A “name-the-team” contest in the fall of 1995 attracted thousands of entries and team officials settled on the boll weevil as the team's new mascot. It referenced Kannapolis's history as a textile mill town and Kannapolis natives are even called "lint heads.”

The Piedmont Boll Weevils would keep that mascot until after the 2000 season when NASCAR racing legend Dale Earnhardt purchased a share in the team's ownership. It was then that the name was changed to the Kannapolis Intimidators in honor of Earnhardt's legendary nickname. Earnhardt stated that his entire family had been avid baseball fans and that it made him proud to be a part of a baseball team in his hometown. Earnhardt earned the nickname "The Intimidator" for his aggressive racing style. It was also during that off-season that the team's parent club changed from the Phillies to the Chicago White Sox making the Intimidators the third White Sox affiliated team to be located in the Carolinas. Others are the Charlotte Knights and the Winston-Salem Warthogs, who are now called the Winston-Salem Dash.

Earnhardt, who drove the #3 car in NASCAR, was killed in an accident at the Daytona 500 in February of 2001. Following Earnhardt's death, the Intimidators avoided assigning the number 3 for team members. Team manager Razor Shines, originally slated to wear #3, subsequently changed his uniform number to #43. The team officially retired number 3 on May 15, 2002, in memory of their former co-owner similar to how the Los Angeles Angels of Anaheim retired the number 26 (the 26th man) in honor of former owner Gene Autry.

Not only does the CMC-Northeast Stadium provide a location for home games for the Intimidators, but it is also used for numerous resident high school baseball games each spring in addition to random Amateur Athletic Union procedures throughout the year. The CMC-Northeast Stadium was the home of the UNC Charlotte baseball team during the 2003 season while their on-campus facility and playing surface were being rebuilt. The 49ers played in Kannapolis again for the first part of the 2007 season while their stadium was undergoing a $6 million restoration.