Thundering along the Durbin branch of the Greenbrier Valley Railroad, which treks through the rolling hills of West Virginia in Pocahontas County, is the Durbin Rocket. This historic train is loved by rail enthusiasts, adventure seekers, and those who love the Mountain State. Riding this train allows patrons to take a step back to a simpler time and take in the majestic wilderness along the rails that follow the scenic Greenbrier River. This train and town are a hidden treasure in West Virginia, exposing guests to history and culture that dates back to the 19th century.

The Durbin Rocket in motion. 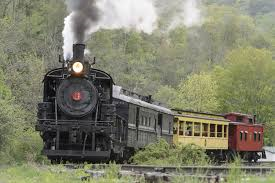 The Durbin Rocket as it steams along its scenic route.2 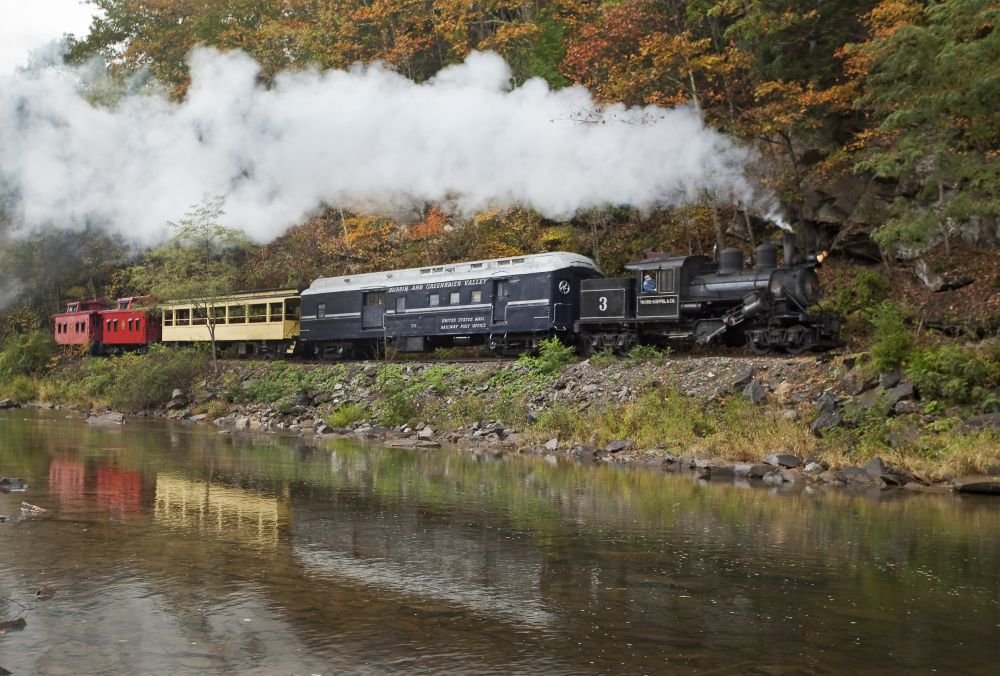 Following the Civil War, the state of West Virginia witnessedthe rise of several prominent industries: timber, coal, oil/gas, and more. Revenue and ropportunity poduced from these new industries allowed the state to expand its rail network into some of the more remote regions of the state. New rail lines unlocked the geographically challenging northern counties to development. The timber industry was very well established in the area, as Durbin became a logging town. The town and timber industry grew alongside the development of the railroad.1 One observer from the area in 1905 had this to say about the timber industry and construction of the railroads around Durbin:

“The wilderness covers nearly all the upper tributaries of Cheat… But they will not stand much longer. Lumberman are attacking them on all sides. There are 49 sawmills on the 43 miles of Coal and Iron railroad between Elkins and Durbin. The railroad has cut this wilderness in two.”2

The Durbin Rocket is a product of West Virginia’s timber and logging industry. It was constructed for the Moore Keppel Lumber Company in 1910 in Randolph County during the peak of the timber industry. This mammoth 55-ton Moore Keppel No. 3 coal-powered locomotive is one of three surviving Climax geared locomotives still operating in the world today. The Greenbrier Valley Railroad opened in 1996 to give people a chance to ride the rails again through the majestic mountains of West Virginia. Following the opening of the tourist-focused railroad, the Durbin Rocket was brought out of retirement and put back into service. The original 1902 Durbin Depot is still standing and was restored with the opening of the Greenbrier Valley Railroad. Today, the historic depot serves as the information center and gift shop for the Durbin Branch of the Greenbrier Valley Railroad. 3

Riding the Durbin Rocket not only allows one to experience the scenic splendor of the Mountain State, it offers a chance to experience a ride on an authentic early 20th century logging locomotive. The railroad experience is fulfilling as the locomotive hauls a 1920s coach and original wooden caboose. Additionally, when the weather permits, the train includes an open car that gives riders the opportunity to see workers shovel coal into the old steam boiler. The train follows a 10.5-mile route on a tour which lasts about two hours, with a half hour layover mid-route. With a steam-powered locomotive, it is necessary for it to make a stop along the route to take on water, a process that guests will enjoy witnessing.4

The Durbin Rocket is not the only historic train in the region that still operates. Thousands of rail enthusiasts visit the area each year to ride at Cass and routes along the Greenbrier Valley Railroad. Two other famous trains in the area are the Cheat Mountain Salamander and Tygart Flyer. In addition, several historic train depots throughout this part of the state offer unique services for visitors. There is even a West Virginia Rail Museum in the nearby town of Elkins focusing on the history and development of railroads throughout the state.

The town of Durbin was built around the timber industry, so it is fitting that the train that brings so many people to the small mountain town each year was built for a logging company. While it no longer hauls lumber along the rails, this train is still working to remind riders of this area's rich industrial past.

Dates and hours vary by season. Primarily open on weekends. The train departs at 10:00 am and 3:15 pm.