The Thibodaux Massacre of 1887

By the late 1880s, race relations in the Deep South were tense over a variety of issues, and one of those issues was the lack of sugar planters in Thibodaux, Louisiana being paid a proper wage. After failing to negotiate slightly higher wages or the right to be paid in cash as opposed to company script, 10,000 plantation workers - 9,000 black and 1,000 white - in the area went on strike beginning November 1st, 1887. Strikers were met by the state’s militia that was dispatched by the plantation owning governor, John McEnery. Fearing black revolt, white civilians began terrorizing the black population by patrolling the black sections of town, and eventually two of those civilians were shot. Although they did not die, a race riot ensued. White men from the town went on a vigilante killing spree, and by the end of November, between 30 and 300 strikers were killed, all of which were black.

Governor McEnery of Louisiana, circa 1782 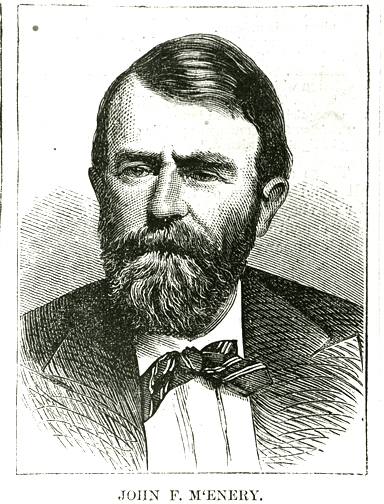 Depiction of sugar plantation workers in Louisiana in the late 1800s 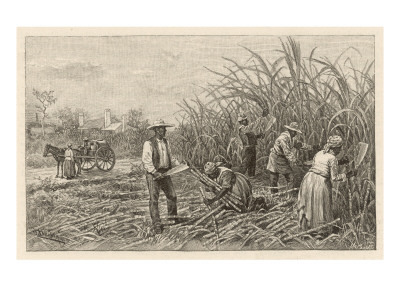 Most sugar cane workers in Louisiana in the late 1880s were performing back breaking labor for wages of about $13 per month, which was paid to them in company script, not cash. This system allowed plantation owners to force their workers into extensive indebtedness, which, according to Louisiana law at the time, meant that workers were not allowed to leave the land of their employer until their debts were repaid. As workers were essentially forced into serfdom by these types of laws, they attempted to lobby for better conditions.

A local assembly of the Knight of Labor was organized in Thibodaux and the organization presented a list of improvements to the Louisiana Sugar Producer´s Association that they felt were necessary to improve the status of the planters. This list included increasing the daily wage rate, eliminating the practice of being paid in script, and requiring that the workers be paid every two weeks. The proposition was ignored completely, so the Knights of Labor organized a strike of 10,000 plantation workers on November 1st, 1887.

Faced with the possibility of losing their sugar crops, plantation owners appealed to Governor John McEnery, a fellow plantation owner, who prompted deployed the state’s militia to remove the workers from their cabins and replace them with poor white workers known as “scabs”. As the majority of the workers were unarmed, they quickly left their homes with little resistance and congregated in the black neighborhoods of Thibodaux.

The real problems arose when scabs were fired at in neighboring Lafourche parish, an area that also went on strike. Believing that the strikers were involved in the shootings, armed civilians began patrolling and terrorizing the black community of Thibodaux. Eventually, two of the patrollers were shot, but who shot them is unclear. (There is speculation that they shot each other in order to have a “motive” to pursue a vigilante killing spree). Upon the two patrolmen being wounded (not fatally), men from the town who were enraged at the idea that blacks were killing whites rounded up an unspecified number of strikers and their families. On the morning of November 23rd, 1887 anywhere between 30 and 300 black strikers were killed and buried in shallow graves outside the city of Thibodaux. The killers were never brought to justice, and no attempt to organize sugar workers in the area was made again until the 1950s.