The William Frederick Holmes House is one of McComb's largest and most prominent homes of the Victorian Queen Anne style. It contains elements of Classical Revival detailing and was thus an example of the "free classical" mode of the Queen Anne style. The house was built in 1894 for the family of William Frederick Homes, who co-owned a department store with his brother, Hilborn. The house has retained a majority of its original woodwork in the interior. It was placed on the National Register of Historic Places in 2004. There appears to be little information available about the history of the house since its construction. 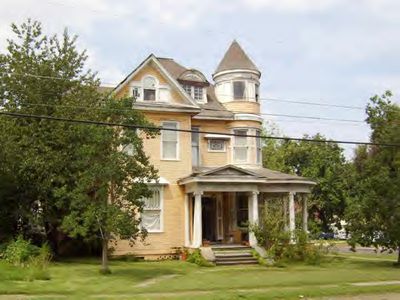 It is a private residence.