The Planters Hotel opened for business in December of 1856 within a four-story brick building that offered a hundred rooms to travelers. The hotel was the site of numerous proslavery gatherings giving Leavenworth's proximity to Missouri and political leanings during the Bleeding Kansas era, but it is also worth noting that Abraham Lincoln gave a speech on the steps of the hotel. The Planters Hotel was one of Leavenworth's leading historical landmarks until the 1950s when the structure was declared unfit for occupancy and demolished.

Historical Marker for the Planters Hotel 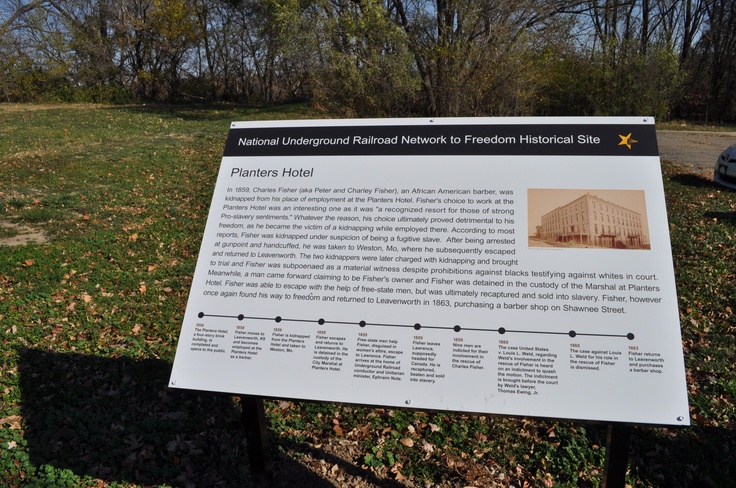 Historical photo of the Planters Hotel 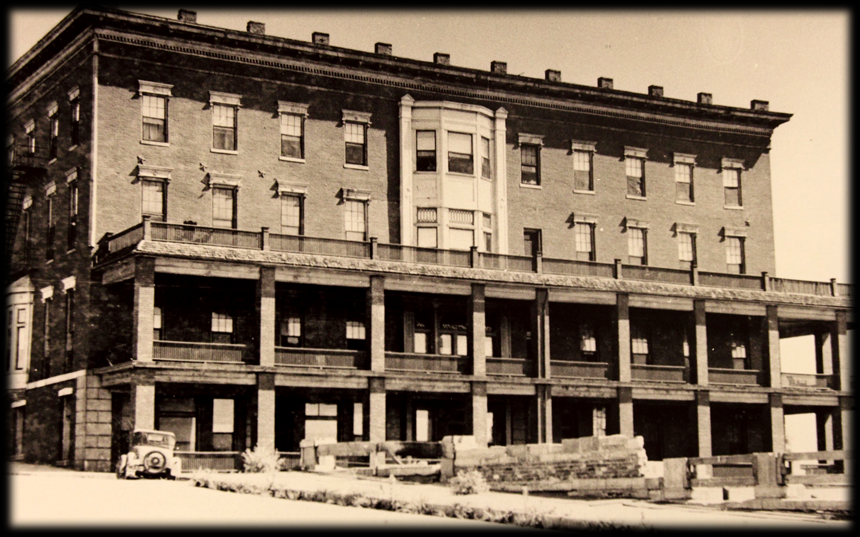 Another historical Photo of the Planters Hotel 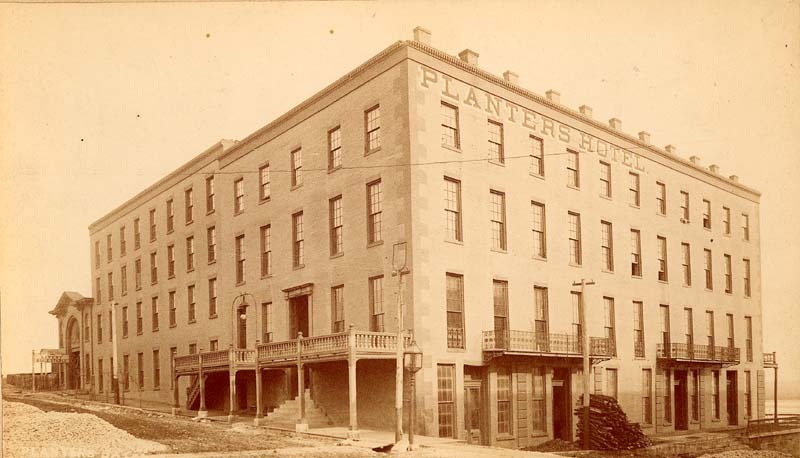 Also called the Planters House, the Planters Hotel opened for business in December 1856 in Leavenworth, the leading city of Kansas Territory at that time. The inn opened under the backdrop of the Bleeding Kansas era, and members of both sides of the conflict stated at the inn. The Planters Hotel was regarded as the finest hotel in the area and hosted many of the era's leading citizens when they travelled to the area, including Ulysses S. Grant and Sarah Bernhardt.

Abraham Lincoln also visited the Planters Hotel during the lead-up to his campaign for the Republican Party's bid for the 1860 presidential election. In response to the violence caused by the fighting during "Bloody Kansas," he decided to make an impromptu speech on the steps of the hotel on December 5th, 1859. During his speech, Lincoln urged the people of Leavenworth if not the people of Kansas in general to not resort to violence. Instead, the future Civli War President urged citizens to use the ballot box to voice their opinions on whether or not slavery should extend to Kansas. For proslavery forces, this message was not well-received as the population of Kansas Territory had shifted from a pro-Southern slant in the early years of the territory to a Free State majority as more residents of northern states arrived to start farms.

The hotel was thrust into the debate over the Fugitive Slave Act, a central area of contention between pro and anti-slavery factions, when Charles Fisher, an African American working at the hotel as a barber, was kidnapped under the pretenses that Fisher was a fugitive slave. If this was true, any white man could capture Fisher under the terms of the Fugitive Slave Act and take him into a slave state to reap an immediate financial reward, pending a trial where Fisher could not defend himself and the judge would be paid a larger sum should he side with the slave catcher. After being arrested by self-deputized slave-catchers at gunpoint, Fisher was taken by his kidnappers into the slave state of Missouri. However, he escaped his captors and made his way back to Leavenworth. Fisher's kidnappers were soon arrested themselves and brought to trial, where Fisher was subpoenaed as a material witness despite the prohibitions of a Black man testifying against white people in court.

The Planters Hotel was torn down in the 1950s after the building caught fire, and while the site is now home to an empty lot today, the city of Leavenworth has lain a historical marker on the site of the hotel and has even made a recreation of the hotel steps so that residents and visitors to the city can imagine Lincoln standing at that location and giving a speech calling for residents to settle the Free State question at the ballot box.

Beginning at the Leavenworth County Historical Society, walk north past historic homes, a library-turned-apartment building, and a downtown commercial building and theater.