The former home of African American inventor, activist, and businessman Garrett A. Morgan from 1895 until his death on August 27, 1963, at the age of 86. At this location, Garrett started his own business tailoring clothes with his own inventions, such as the zig-zag stitching attachment for manually operated sewing machines. Here, he also founded a company that made personal grooming products, such as hair dying ointments and the curved-tooth pressing comb. Garrett is most famous for inventing the modern-day three-tier traffic light as well as the gas mask. 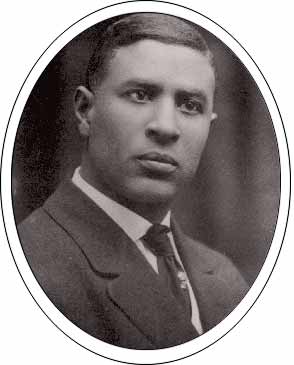 One side of Morgan's historic marker located at the sight of his former home in Cleveland, Ohio. 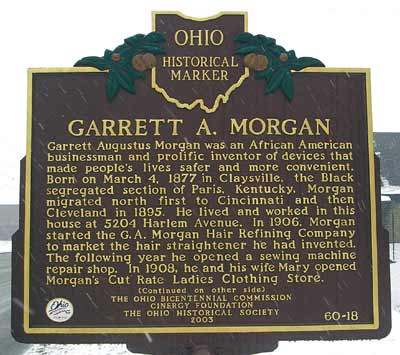 Morgan's house was demolished in the early 1990s. 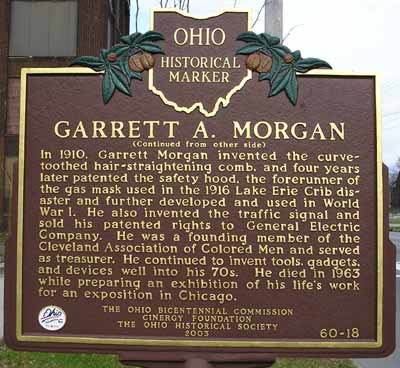 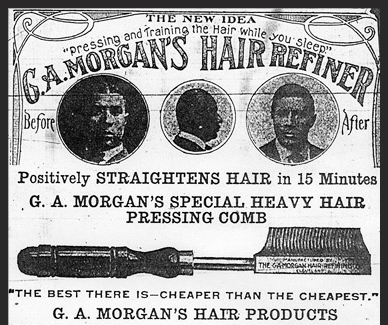 Garrett Augustus Morgan was born in Paris, Kentucky on March 4, 1877, the seventh of eleven children. Morgan grew up during rough times. His parents, both of mixed parentage, had been slaves before the 1863 Emancipation Proclamation. “Morgan’s father shared stories of the cruelty and abuse he had suffered, and sought to teach his son about the racial prejudices he would surely have to face in the world,” according to a detailed biographical essay on Morgan that appeared in a 1991 issue of Renaissance magazine. Garrett Morgan attended elementary school in Kentucky and worked on his parents’ farm. He only received a formal education up to a sixth-grade level. Lynchings of black men happened frequently in the 1880s and 1890s. This type of harsh environment in Kentucky at that time lead Morgan to decide, as a teen, to leave his family and head north.

At age fourteen, Morgan arrived in Cincinnati and got a job as a handyman. At this point in his life, “he knew how to read. He could write and he could figure,” said his granddaughter, Sandra Morgan in a 2012 interview. Due to an environment in Cincinnati similar to the oppressive nature found in his native Kentucky, Morgan decided to move on to Cleveland on June 17, 1895. He eventually landed a job sweeping floors at Roots & McBride, a sewing machine factory, earning $5 a week. Morgan taught himself to sew and to repair sewing machines during this time and soon started working as a repairman. It was at Roots & McBride where he created his first invention -- a belt fastener for sewing machines. He sold the idea in 1901 for $150.

In 1907, the Prince-Wolf Company hired him to be their first black machinist. It was here that Morgan met an immigrant seamstress from Bavaria, Mary Hasek, whom he married in 1908. After saving up money working over the years, he rented a building on West Sixth Street and opened a sewing machine repair shop. By all accounts, this was a difficult time for African Americans, and Morgan was no exception. However, his attitude drove him to success. He was known to have a motto: “If a man puts something to block your way, the first time you go around it, the second time you go over it, and the third time you go through it.”

With his wife Mary at his side, Morgan expanded his business. The couple began manufacturing clothing and developed a line of children’s garments. By 1909, the sewing machine business had expanded into a tailoring shop which employed thirty-two people and used equipment he had built himself. Four years after that (in 1913), he established the G.A. Morgan Hair Refining Co. and began selling a hair-straightening product.

In 1914, Morgan received a patent for the first gas mask invention. This invention proved to be rather important just two years later when a group of workers got stuck in a tunnel below Lake Erie after an explosion. Thirty-two men were trapped underground with gases threatening to take their lives. Morgan and a team of men, including his brother, donned the masks to help get them out. After the dramatic rescue, newspapers across the country picked up the story, resulting in many requests for the masks. Morgan's Safety Hood, now known as the "Gas Mask," was used by the United States government to save the lives of thousands of soldiers exposed to poisonous gases during World War I.

In 1920, Morgan started the Cleveland Call newspaper, the predecessor to Cleveland’s Call & Post. This was an immense task as at that time, blacks weren’t allowed to advertise in white papers, and also reporting about blacks was considered negative.

During this time, cars and horse-drawn buggies shared the roadways with pedestrians. As the story goes, after Morgan witnessed an especially spectacular accident, he devoted his time to find a solution. On November 20th, 1923, Morgan received a patent for the invention for which he is best known: the traffic signal. Before Morgan’s invention, traffic signals only used "stop" and "go" signals with no interval in between, leading to many collisions between vehicles. Therefore, Morgan’s design included an automated signal with an intermediate “warning” position, allowing drivers the time to clear the intersection before crossing traffic entered it. This manually operated signal was mounted on a T-shaped pole and actually did not have any lights on the device. General Electric purchased the patent from Morgan soon after for $40,000.

Garrett Agustus Morgan died on August 27, 1963, at the age of 86. His life was long and full, and his creative energies have given us a marvelous and lasting legacy.