The historical marker for Dils Cemetery. 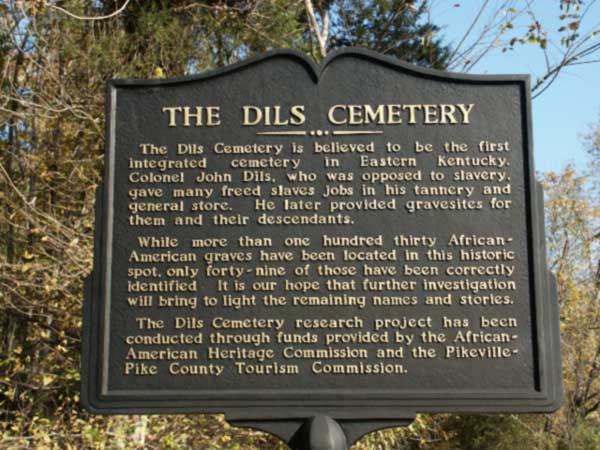 Dils Cemetery is part of a Hatfield and McCoy driving tour. 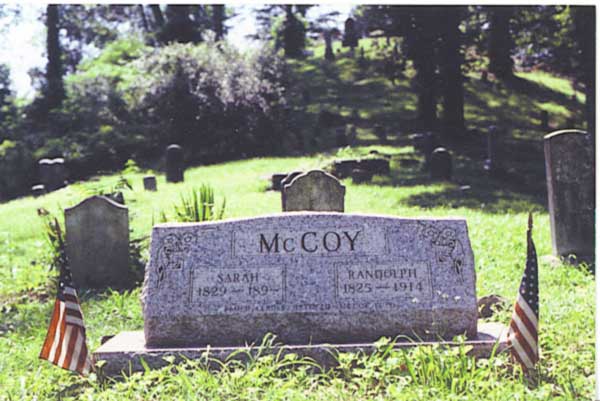 A portrait of Col. John Dils 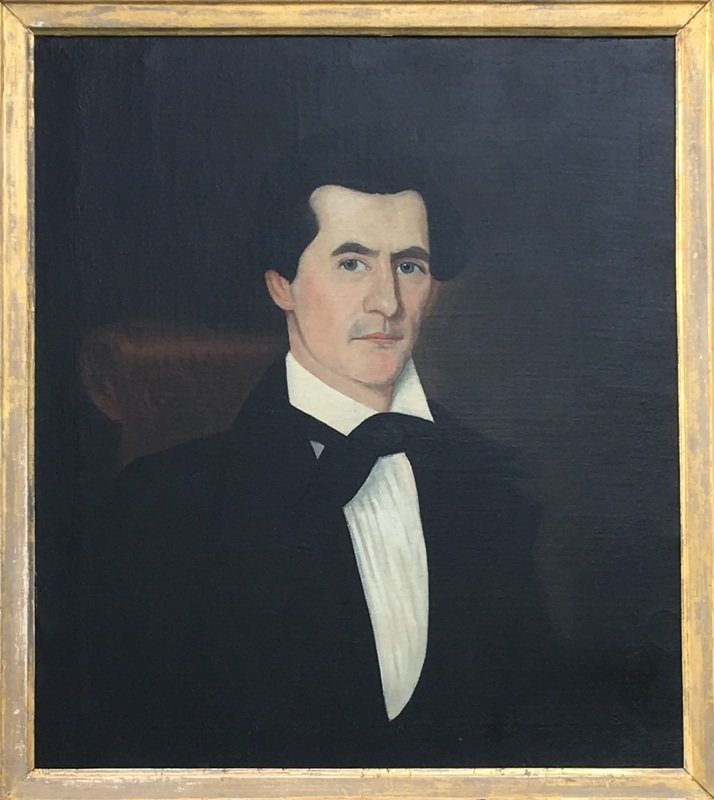 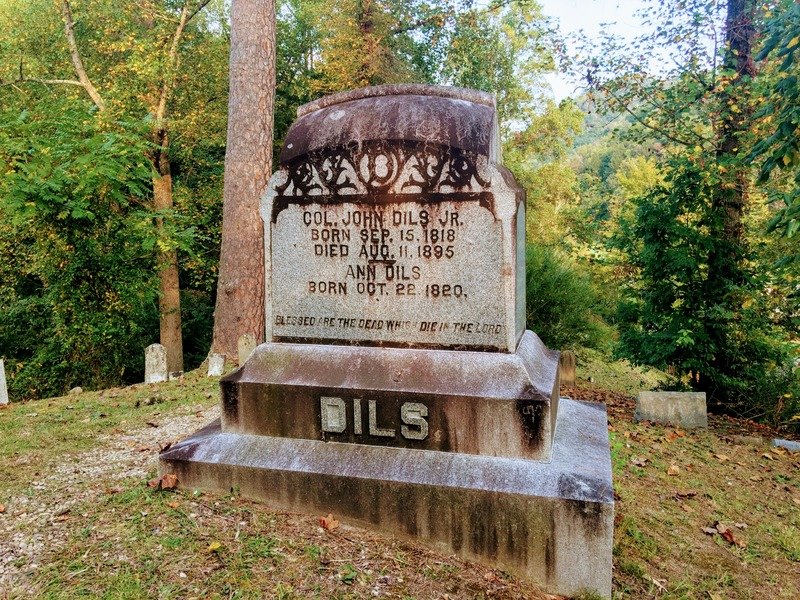 A receipt, signed by Col. John Dils, showing his purchase of the cemetery and the supplies necessary to upkeep it. 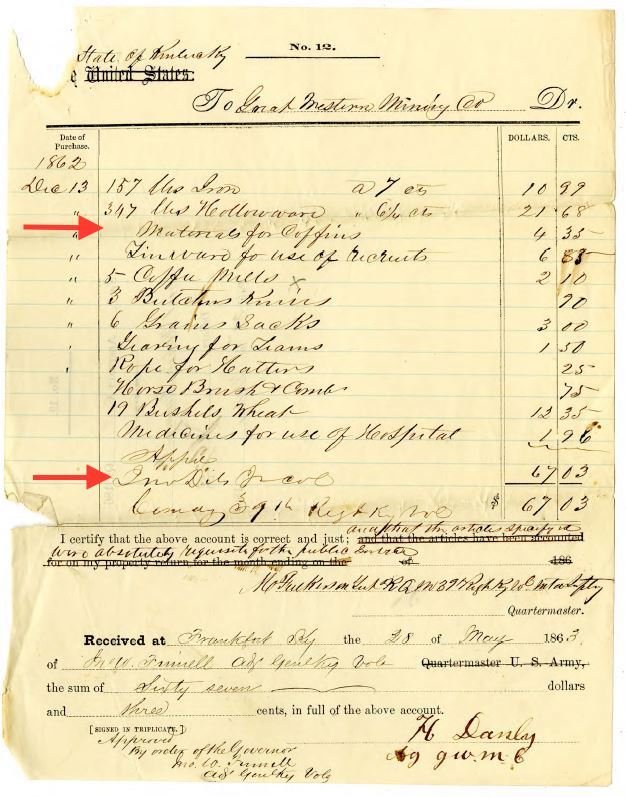 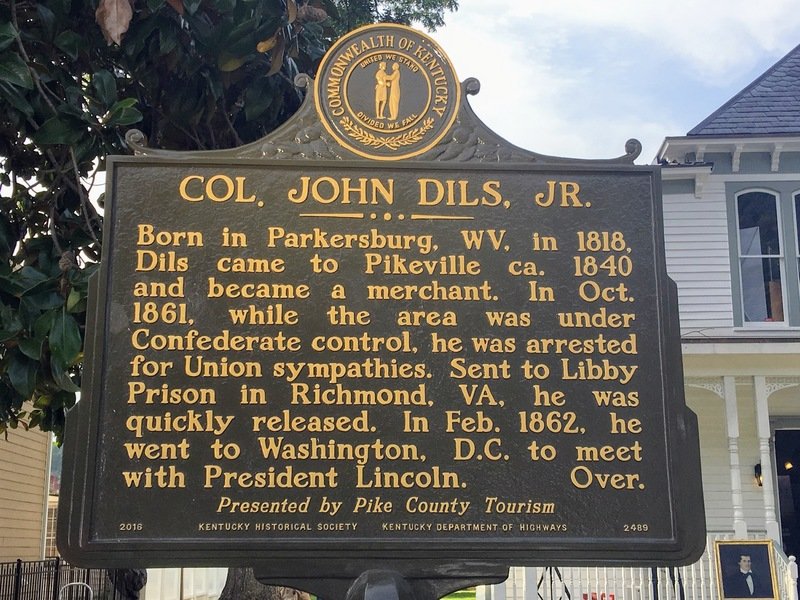 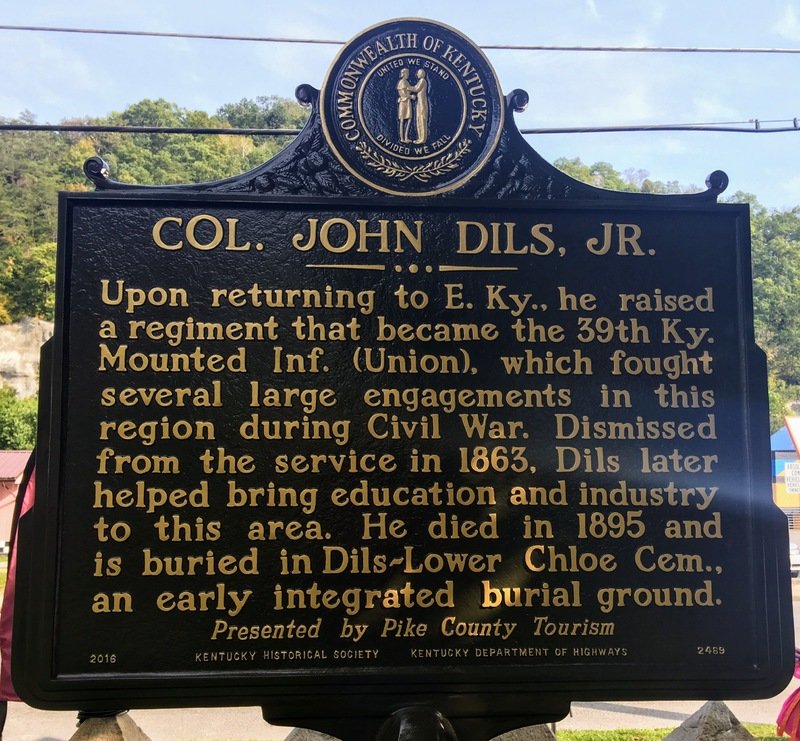 Believing that this part of Kentucky was poised for economic growth, Colonel John Dils, Jr. moved from northern Virginia to Pike County, Kentucky in 1840. Dills settled in the community of Piketon which is now the city of Pikeville and found employment as a teacher. Dils saved his wages and later became a successful merchant.

Dils was an extremely outspoken opponent of slavery and later became a supporter of the Union. Although Kentucky remained in the Union and eastern Kentucky sent many men to put down the rebellion, Kentucky was contested territory and Dils was targetted and captured by men who aligned themselves with the Confederacy. Dils spent a year at Libby Prison in Richmond, Virginia, but was able to return to Piketon. At that time, he recruited a group of men to form the area's first Union regiment. This regiment fought against Confederate forces and Dils was discharged in 1863.

After his discharge, Dils once again continued his work as a merchant. In 1871, he purchased property fro the Syck family which ran several miles up Chloe Creek and included a cemetery. Dils later sold all of the property but during the time he owned the land members of the Dils family and people who worked for Dils, including African Americans, were buried here along with other residents of the community.

Dils employed many formerly enslaved persons at his tannery and general store. He also allowed other members of the community to be buried here regardless of race. As a result, one hundred and thirty African Americans were buried here. To date, forty-nine of those graves have been positively correctly identified. The cemetery also contains graves of soldiers from the Revolutionary War, Civil War, Spanish-American War and World War I

This cemetery is also the final resting place of McCoy family leader Randolph McCoy, his wife, Sarah, their daughter, Roseanna, their son, Sam and his wife, Martha McCoy. The cemetery is sometimes referred to as the Hatfield & McCoy Feud Cemetery. During the feud, Dils himself served as a guardian and benefactor of Perry Cline whose actions led to government intervention in the feud.