This statue is of a local African American named Bass Reeves. He was the first African America west of the Mississippi River to become a U.S. Marshal. He served under the jurisdiction of Judge Isaac C. Parker. This 25-foot statue depicts Reeves on horseback, with a rifle in his hand, and a dog at his side, as they head into what used to be Indian Territory. 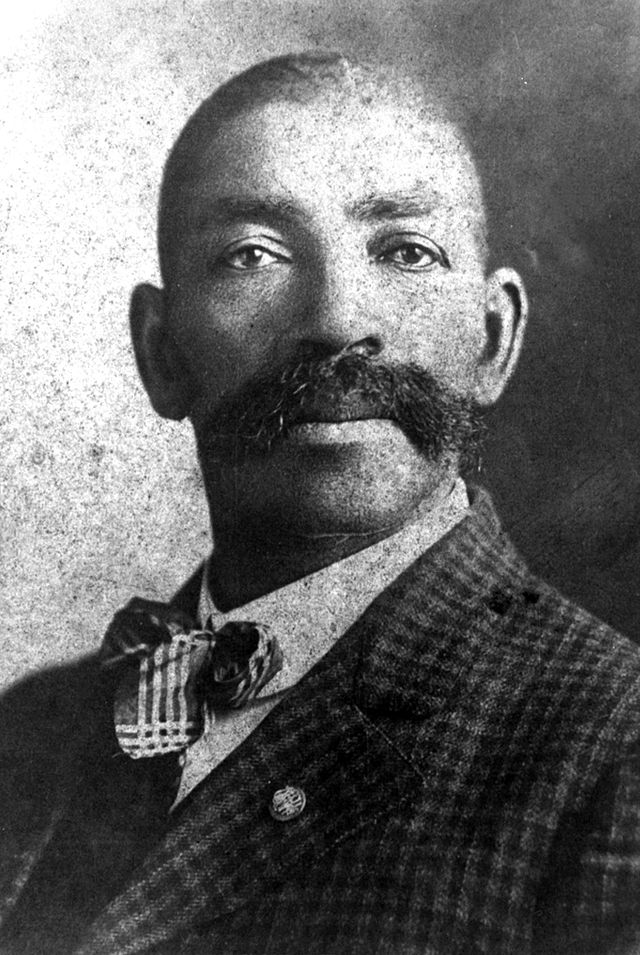 Black Gun, Silver Star: The Life and Legend of Frontier Marshal Bass Reeves-Click the link below to learn more about this book 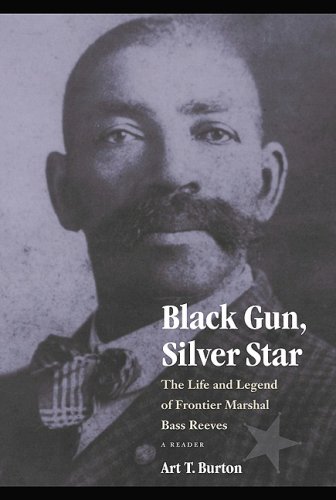 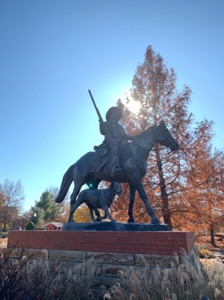 The statue of African American Bass Reeves stands tall looking towards Oklahoma, which used to be Indian Territory. This is often were U.S. Marshals, including Bass Reeves, would travel to from Fort Smith in search of criminals.

Bass Reeves was born as a slave in 1838 in Crawford County, Arkansas.[1] Reeves master, William Reeves, moved the family and slaves to Texas in 1846.[2] Bass Reeves soon became George Reeves servant. This lead to George taking Bass with him when the Civil War started.[3] Somehow during the war, Bass escaped from George and fled to Indian Territory as a free slave.[4] After the war was over, he returned to Van Buren, Arkansas.

Following Judge Isaac C. Parker’s appointment as judge of the Federal Western District Court in May of 1875, Bass Reeves was recruited as a U.S. Deputy Marshal by U.S. Marshal James F. Fagan.[5] Despite being illiterate, Reeves brought in more outlaws form eastern Indian Territory and western Arkansas than anyone else.[6]