On October 27, 1934, armed assailants captured and lynched Claude Neal in the woods near Peri Landing in Jackson County Florida. Claude Neal was a farmhand who had been accused of killing Lola Cannady. Rather than permit a trial, the mob took the suspect from officers at gunpoint and then beat and tortured Neal before they killed him and hung his lifeless body from a tree near the Chattahoochee River. Reports of the lynching led to riots that targeted any person of color and caused property damage throughout Marianna. 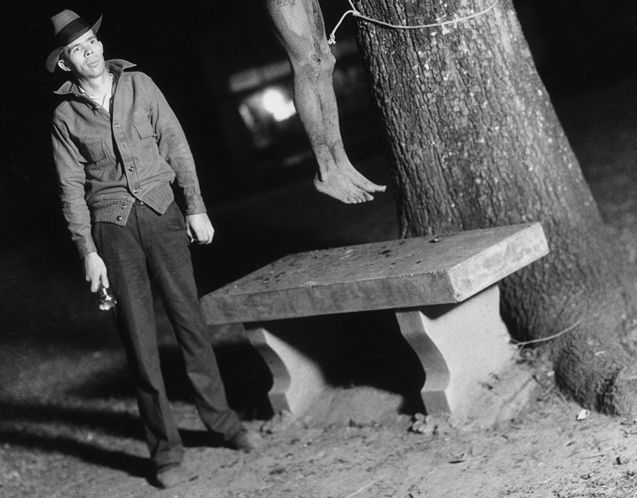 Historians believe that this tree located across the street from the courthouse is where the body of Claude Neal was lynched. Although the FBI investigated the lynching, none of the six men who killed Neal were identified. 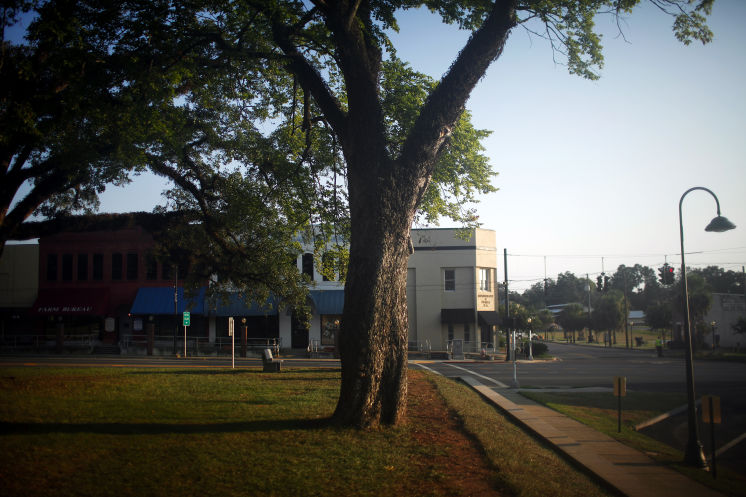 Newspaper account including the mob's announcement that they will lynch Claude Neal. 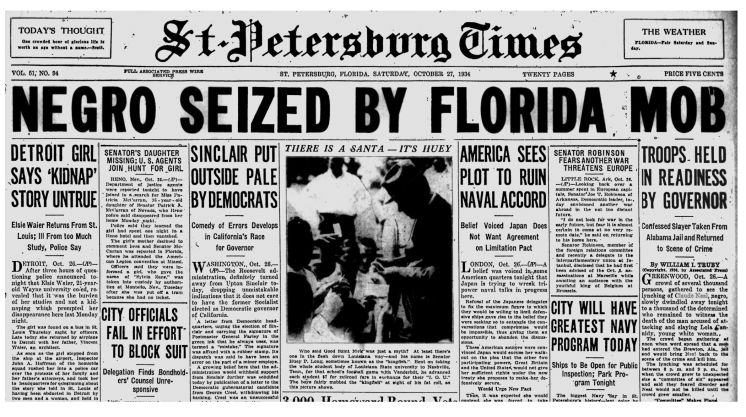 The body of Lola Cannady was found on the morning of October 19th. Lola went missing the night before while walking to a water pump to water her family's hogs.Officials determined that she had been raped and bludgeoned with a hammer. The Sheriff of Marianna focused on two suspects: Calvin Cross, a white man, and Claude Neal, a Black man. After receiving reports that Neal had been seen in the same field that Lola was in before she went missing, the sheriff had Neal arrested two hours after the body was found. Rather than wait for the suspect to be cross-examined, white Floridians formed a lynch mob, vowing to kill Neal rather than allow the investigation to continue. Law enforcement officials moved Neal to multiple jails across both Florida and Alabama. However, the mob discovered Neal's location on October 26th, overwhelmed the officers, and took Neal back to Marianna.

Confident that no one would stop them from killing Neal, the mob contacted the local newspaper and announced their intention to publicly lynch Neal on the evening of the 27th. Newspapers and radio stations across America reported the intentions of the mob while Florida officials did little to prevent the mob from following through with their intentions. On the 27th, a large group congregated at the Cannady farm to witness the lynching. Reports estimated that the crowd was anywhere from several hundred participants to several thousand. Reports also indicate that the mob began to become unruly as they waited for Neal to be brought out. Fearing that the site of Neal would inspire a riot, the six men who were placed in charge of holding Neal decided to take their victim into the woods near Peri Landing. In those woods, the white men tortured Neal, severing toes, fingers, and even genitalia before burning him alive. After the victim died, the mob continued to mutilate his body and then delivered the remains to the mob.

The mob attacked Neal's corpse and then hung his lifeless remains from a tree outside of the Jackson County Courthouse at 3 AM. After the mob finally returned to their homes, Neal's body was recovered and buried by the Sheriff's office. Not content with their evening of "vengeance" a second mob formed outside the courthouse and demanded that the sheriff recover the body so that it might be hung from the courthouse as a message to African Americans. After the sheriff refused the mob's demand, they turned their vengeance against Black homes, churches, and citizens.

The resulting riot caused over two hundred African Americans to be harmed in some way, with several homes and churches being set on fire. Eventually, the National Guard arrived and required the rioters to return to their homes. News of the lynching and subsequent riot led to renewed support for anti-lynching legislation, yet Congress still proved unwilling to pass legislation providing for federal oversight of investigations related to these kinds of racially-motivated crimes.