From 1895-1899, Milwaukee's City Hall was the tallest inhabited building in the world. Though it has no longer held that title for over a century, the City Hall is nevertheless an impressive site to see, all the more realizing that it was built in an era when practical elevators were rather new technology. Moreover, while safety regulations were still few, workers climbed to stomach-twisting heights to complete the building, which stands today as a symbol of Milwaukee. Tours can be scheduled by appointment. The building is listed on the National Register of Historic Places and is a National Historic Landmark.

The beautiful Milwaukee City Hall was built in 1895 and remained the city's tallest building until 1973 when the First Wisconsin Building, now the U.S. Bank Building, was constructed. 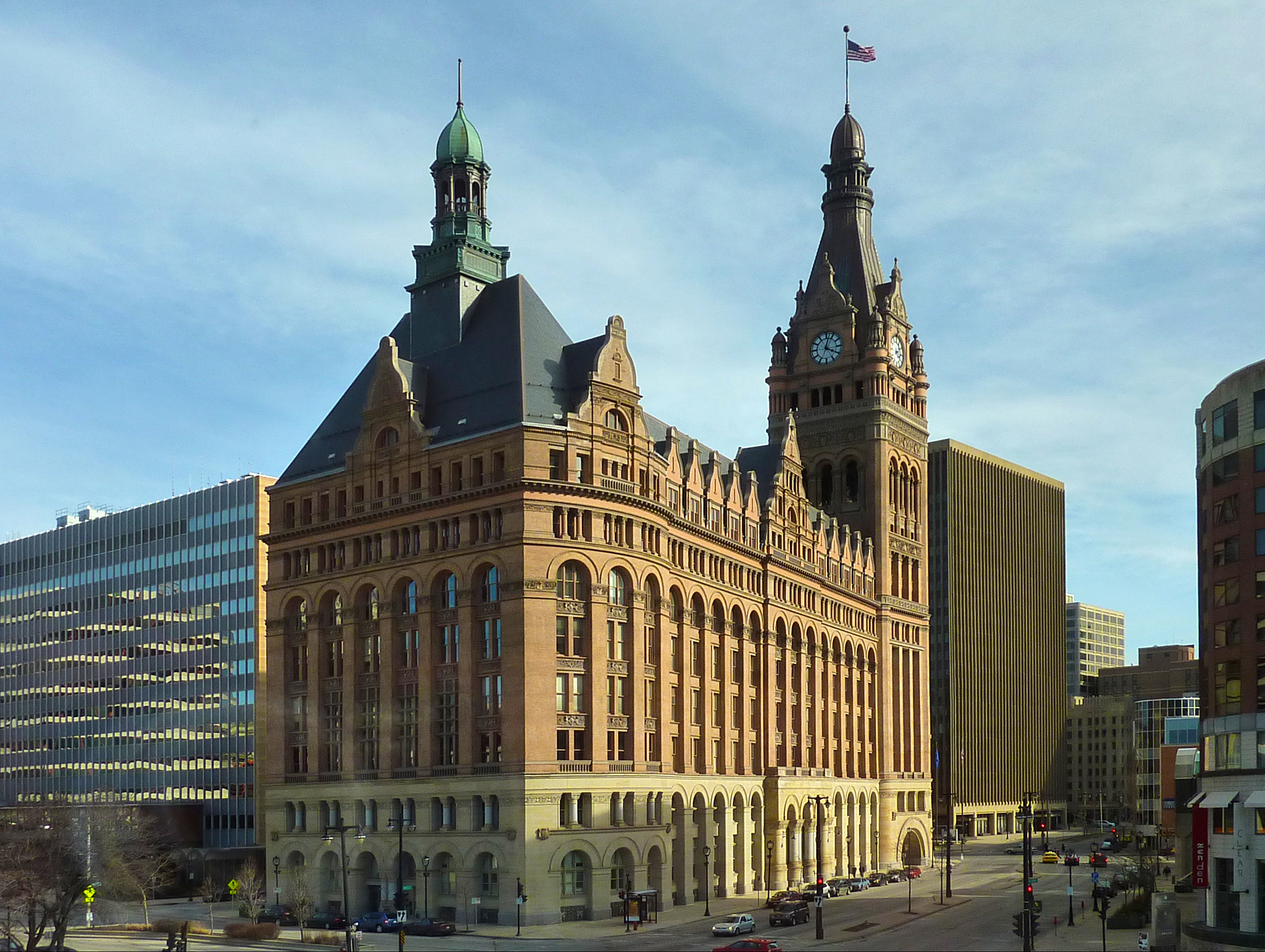 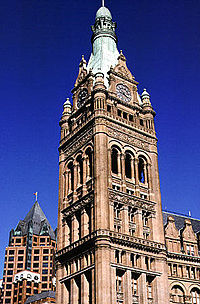 Milwaukee's first city charter was adopted in 1846, with Solomon Juneau, a French-Canadian trader, becoming the first elected mayor. However, the original Common Council had to move several times in search of an adequate home. At first, it met in a Methodist church, but then moved to the second floor of a stable. When a fire destroyed the stable, the Common Council went through a series of homes which included: a hotel, a produce market, two commercial buildings, and an old courthouse. It is not therefore surprising that in 1889 the Common Council authorized the sale of $1.25 million in bonds to finance purchasing land and building the first city hall in Milwaukee.

Following a design contest in 1891, the plans of architect Henry C. Koch and Company were chosen for the new city hall. Henry Koch designed a plan for a nine-story building with a Flemish-Renaissance style, a style that reflected the tastes of much of the German population in Milwaukee.  Builders laid the first cornerstone on February 24, 1894, and City Hall officially opened its doors with dedication ceremonies on December 23, 1895. The total cost of the construction was $945,311.

There is 107,270 square feet of office space within City Hall, with an open well, 20 ft. x 70 ft., in the middle of the 320-foot building (including the bell tower). A flagpole stands on top of the building at a total of 393 feet above the ground.The bell in the tower is named Solomon Juneau in honor of the very first elected mayor of Milwaukee. The clock face is 18 feet across, and it was believed to be the third largest in the world at the time of its completion.

Since its original construction, City Hall has gone through several restoration projects and wind, rain, and age have worked their powers on the building. The most recent significant project ran from 2005-2008. Today visitors can explore the building on a tour and see firsthand the results of the restoration efforts.