Tucked away in the towering Ponderosa pines of Kinlichi Knoll outside Flagstaff, the Riordan Mansion State Historic Park showcases the beautiful and characteristic homes of lumber barons Timothy and Michael Riordan. As prominent members of an Arizona territory family, these brothers and their wives, Caroline and Elizabeth Metz, played a significant role in helping develop the Flagstaff area. Because of their wealth and involvement with politics, lumber, cattle, banking, and railroads, the Riordan brothers built the 13,000-square-foot mansion in 1904. It wasn’t until 1978, however, that the homes and the surrounding 5-acre land were designated for a State Park, and in 1983, the Riordan Mansion State Historic Park opened to the public. Many visitors come to the park to explore the rustic mansions and its assortment of exquisite furniture and early 20th-century architecture. Furthermore, history buffs can discover life in the 19th and 20th centuries while exploring the early development of Flagstaff and the figures who played a role in building the city. 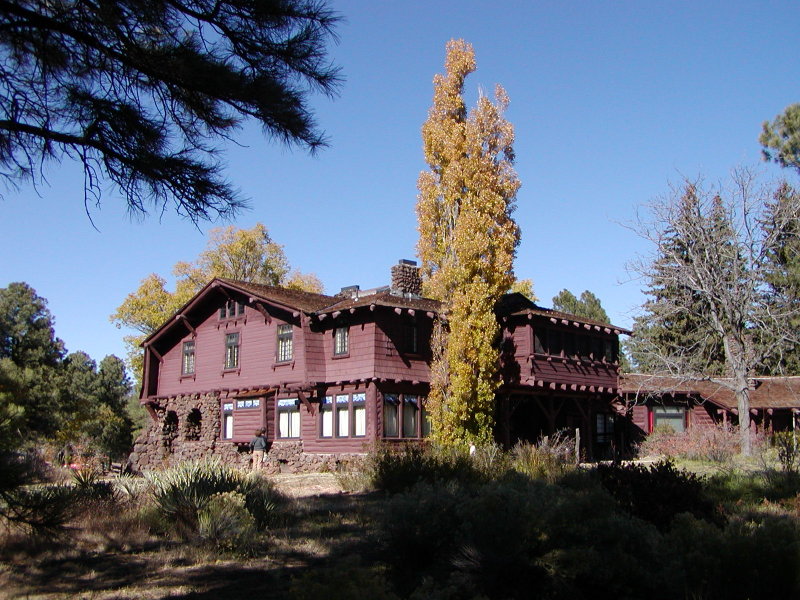 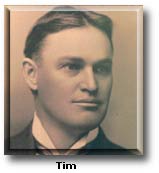 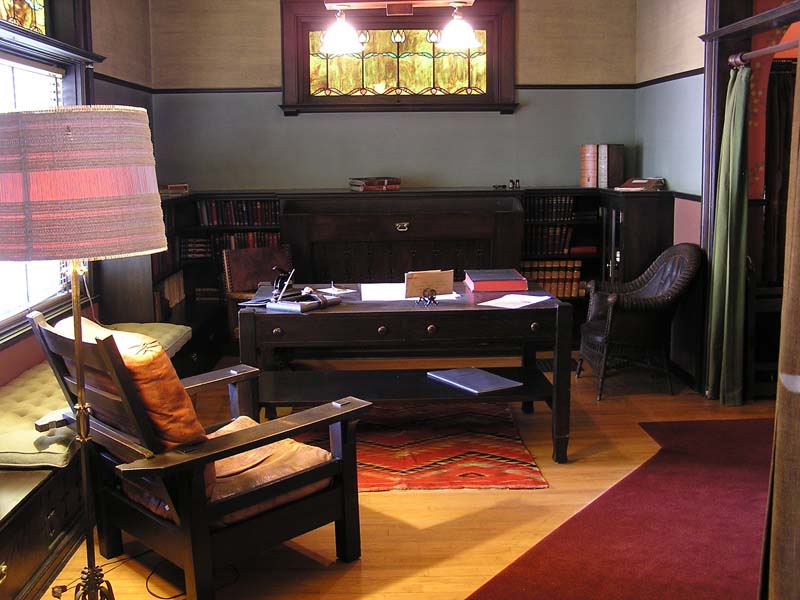 The three Riordan brothers, Timothy, Michael, and Denis, once stood as well-respected and wealthy Flagstaff businessmen, and because of the family’s large lumber operation and the finances it accumulated, they were able to bring electricity to Flagstaff. Shorty afterwards, the Riordan brothers helped build Lake Mary, which continues to provide the city with drinking water. Although Denis moved to California, Timothy and Michael remained in Flagstaff and endured as respected civic leaders.

They married the sisters Caroline and Elizabeth Metz, and in 1904, when Arizona was still a territory, they contacted famed architect Charles Frederick Whittlesey to help build their homes. Built from rough log-slab siding, volcanic rocks, and hand-split wooden shingles, the two duplex-style, identical homes accurately blends with the Flagstaff landscape. The interior of these homes remain as they did when the Riordan families lived there, including everything from the conjoined billiards room to Jack Hiller’s Grand Canyon photographs that were printed on the window panes.1

In 1977, family-owner Mr. Robert Chambers met with ASP board members Beverly and Duane Miller to discuss transforming the homes and its surrounding land into a State Park. Since Mr. Chambers only owned a portion of the property (his sister-in-law, Blanche Chambers, owned the other half), only the east side that was occupied by Timothy Riordan and his family opened to the public in 1983. When Blanche Chambers died in 1985, the State Parks took full possession of the house, its properties, and the hundreds of artifacts in 1986. In April of 2002, Michael Riordan’s side of the property was finally opened to public tours.2

Hundreds of novelties and conveniences exist throughout the house, offering visitors an insider’s peek into the people and culture of early 20th-century Flagstaff, and both houses have been preserved throughout the years to accurately showcase the furnishings as the Riordans left them. For example, Caroline Riordan’s custom Steinway piano holds a special place of honor in Timothy’s part of the house, while the Riordan’s six-car garage now serves as the park’s Visitors Center. Other sights within the homes include many pieces of exquisite furniture designed by the famous furniture maker Gustav Stickley, an outstanding portrait of Tim’s oldest daughter hanging over the fireplace in one room, the massive billiards room where the Riordans entertained honored guests, and much more.

In addition to daily guided tours, visitors should always ask about special events occurring in the Riordan Mansion State Historic Park. Some popular events include evening lectures from artists, writers, and important figures as well as holiday celebration events, such as the famed St. Patrick’s Celebration.