Fort Leaton is believed to have been built as an adobe residence in the 1830s by Juan Bustillos. In 1848, it was acquired by Benjamin Leaton, who lived in the structure and also used it as his trading post and fortress. Benjamin Leaton was a trader, freight hauler along the Chihuahua Trail, and a bounty hunter paid by various local governments in Mexico for each scalp taken from an indigenous person. He also traded munitions to the Apache and Comanche for any stolen cattle they brought him. When Presidio County was established in 1850, Fort Leaton was its first seat of government. Leaton died in 1851, and his widow married Edward Hall who continued operating the freight business from the fort. Hall became financially indebted to Leaton's scalp hunting partner John Burgess. Hall defaulted on his debt to Burgess in 1864, and was murdered. Burgess took over the fort, and was in turn murdered by Leaton's son in 1875. The Burgess family remained in the fort until they abandoned it in 1926. The fort was purchased by Marfa State Bank and a private citizen in the 1930s and donated to Presidio County. An attempt at restoration was begun, but adequate financing never materialized. The site was then purchased by a private citizen and donated to the state of Texas. In 1968, the site was designated Fort Leaton State Historic Site. It opened to the public in 1978 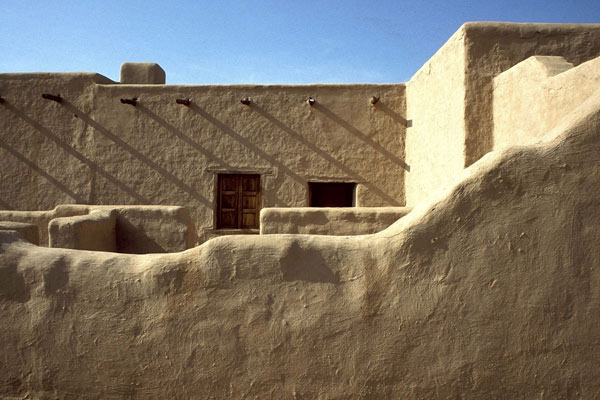