This small park includes a historical marker that shares the history of Captain John Barry and others who served on board the brig Nancy. The Battle of Turtle Gut Inlet was the first engagement of two privateers in the American Revolution and occurred on June 29, 1776. 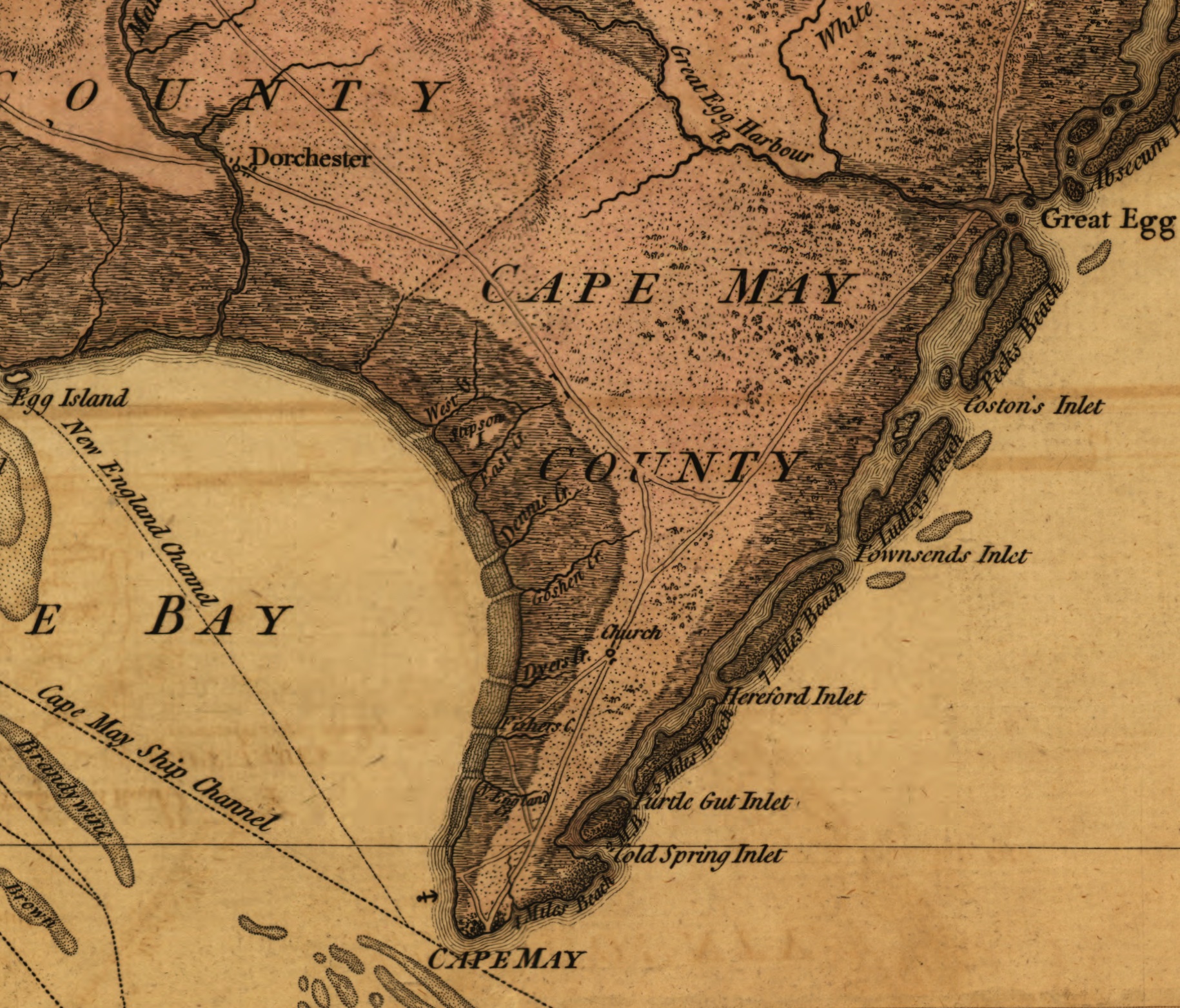 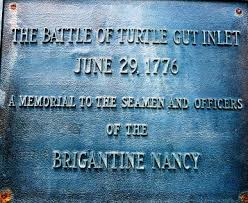 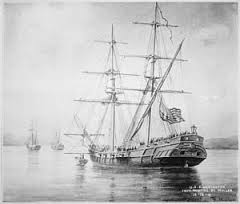 The Nancy was a cargo ship under the command of Captain Hugh Montgomery. It was en route for the Virgin Island with ammunition for the Colonial Army. As the Nancy was passing Cape May it caught the attention of two British warships and they pursued the cargo ship. A message was dispatched to the colonial ship Lexington, commanded by John Barry, and the frigate Wasp. The two colonial ships left Delaware Bay to aid the Nancy.

They anchored at Cape May to wait out the night. In the morning, the two colonial ships spotted the Nancy. She was headed inland with the two British warships right behind. Captain Barry needed to act fast. He ordered barges to set out for the Nancy to provide reinforcements. Once Captain Barry and the barges reached the Nancy, they found her far inland and taking heavy fire from the two warships. Captain Barry boarded the ship ordered some of his men to help with the cannons and the others to unload the cargo onto the shore.

The Nancy was no match for the British warships. Captain Barry was doing the best he could to keep up the firing, however, he knew he could not win the battle. He ordered his men to abandon ship. The crew only unloaded two-thirds of the cargo but Captain Barry knew that if he stayed he would lose everything. Even though the Captain knew he could not win the battle, he was not going out without a bang. He ordered 50 pounds of gun powder to be wrapped tightly into the mainsail. Once all his men had left the ship he lit the sail on fire. The sail led into the cargo hold where the unloaded ammunition was being stored.

Longboats from the Kingfisher approached the boat anticipating the surrender of the Nancy. Instead, they found themselves on a bomb that exploded right after they boarded the ship. The sound of the blast was so loud that some people said it could have been heard forty miles above Philadelphia. the battle had officially ended at noon on June 29, 1776. The enemy retreated and the Wasp came to load the saved cargo to deliver to the Colonial Army. This was an important day for Captain Barry later known as "The Father of the Navy".