The House of Wickersham is a historical museum displaying the history of its owner, John Wickersham, but it was first built in 1899 before he owned the property. Wickersham was a very influential person on the political stage in the state of Alaska. The house itself is 2 1/2 stories tall and was built by mining company owner Frank Hammond. Wickersham purchased this home first in 1928 and he remained in this house until his death in the year of 1939. It was passed down to his niece first, but has since operated as a museum since 1958.

This is a drawing of the home. 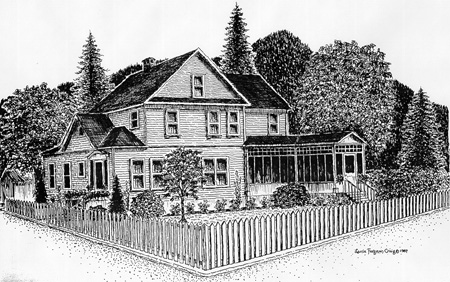 The house as it looks in present day. 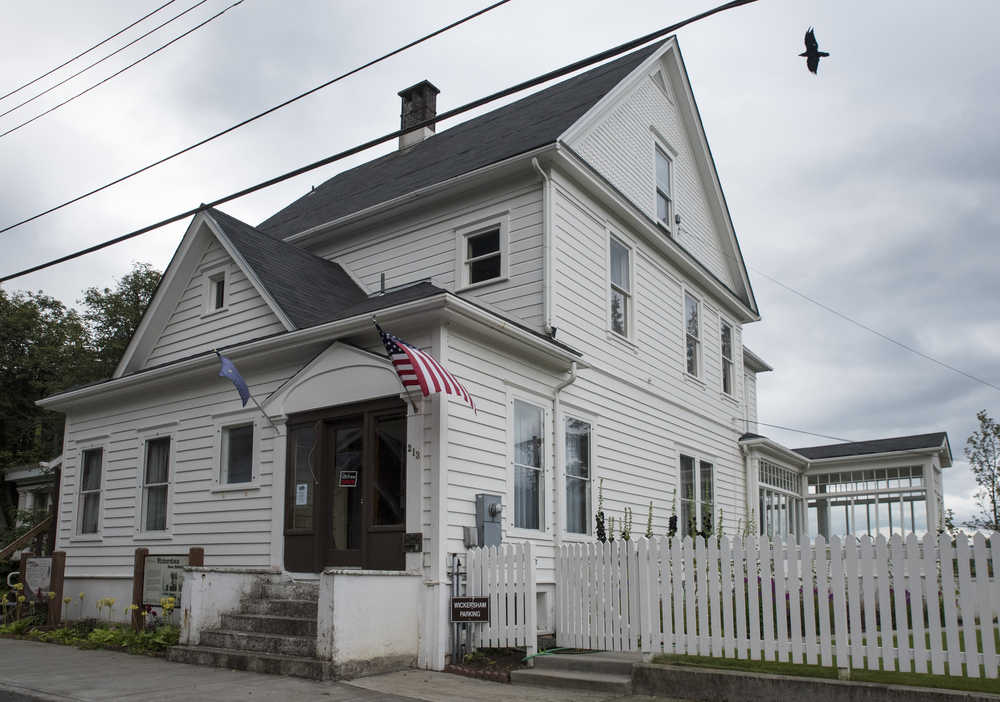 John Wickersham was born in Patoka, Illinois growing up mostly there until he met his wife Deborah. When he became older, he decided to move with her to Tacoma in the Washington Territory. He was most known for helping a city mob evict the city’s Chinese population, but he would be arrested along with 26 other members of the mob becoming apart of a group dubbed the “Tacoma Twenty-Seven.” However, despite the charges against him, he wouldn’t be convicted of any of them. Wickersham was a member of the Tacoma Academy of Science in 1893 where he worked his way up to be President of the organization quickly.

Regarding his career in politics, Wickersham served as a district judge in the Third Judicial District of Alaska starting in 1900 when he was appointed by President William McKinley. During his time as a judge, Wickersham was a part of the "Eagle to Rampart Circuit", with his dog team, with whom he covered this thousand mile round trip with. Along with his travels, he held what he called " floating court.” Among his other accomplishments as a judge, Wickersham restored the trust of the people in Nome after a judge was removed for abusing his judicial power. It was with his position that he was able to win the 1908 election to become Alaska’s at-large U.S. Representative starting his first term the following year. He served non-consecutive terms starting from 1909 all the way to 1933.

During his tenure in Congress, Wickersham became one of the correspondents for the Organic Act of 1912 which granted Alaska territorial status. He also introduced other pieces of legislation like the Alaska Railroad Bill, establishing a park named after William McKinley, and the very first Alaska Statehood Bill. Wickersham was one of the congressmen responsible for creating the Alaska Agricultural College and School of Mines (which was renamed to the University of Alaska later on). A residence hall on the campus of UoA is dedicated to Wickersham honoring him for his help in the creation of the school. It was during these years that he bought the House of Wickersham.

The House of Wickersham was the beginning of large Victorian houses. It is said to be a portal back in time when you step in the doors of this home. It was first built in 1899 by a man named Frank Hammond, who also owned a mining company. Wickersham would move in the house in the year of 1928 and would live there until his death. The house was purchased and became a museum later in 1958. It was placed on the U.S. National Register of Historic Places on November 21, 1976.