The Belasco Theater has stood in the heart of Broadway for over one- hundred years. When it opened in October of 1907, it was one of the most technologically advanced theaters on Broadway for its time. Its owner, David Belasco, changed the playhouse's name to the Belasco Theater in 1910 after himself. He lived in a duplex built above the theatre until his death in 1930. The Belasco came under the ownership of the Shubert Organization in 1948 and continues to be run by the organization today.

The Belasco Theatre opened in 1907. 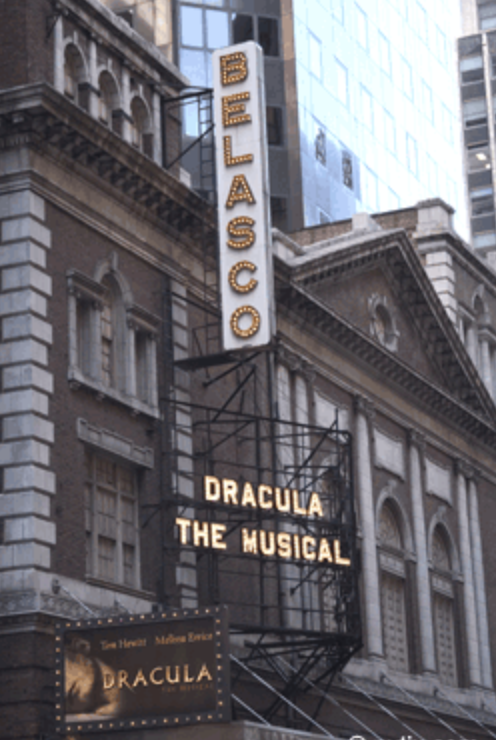 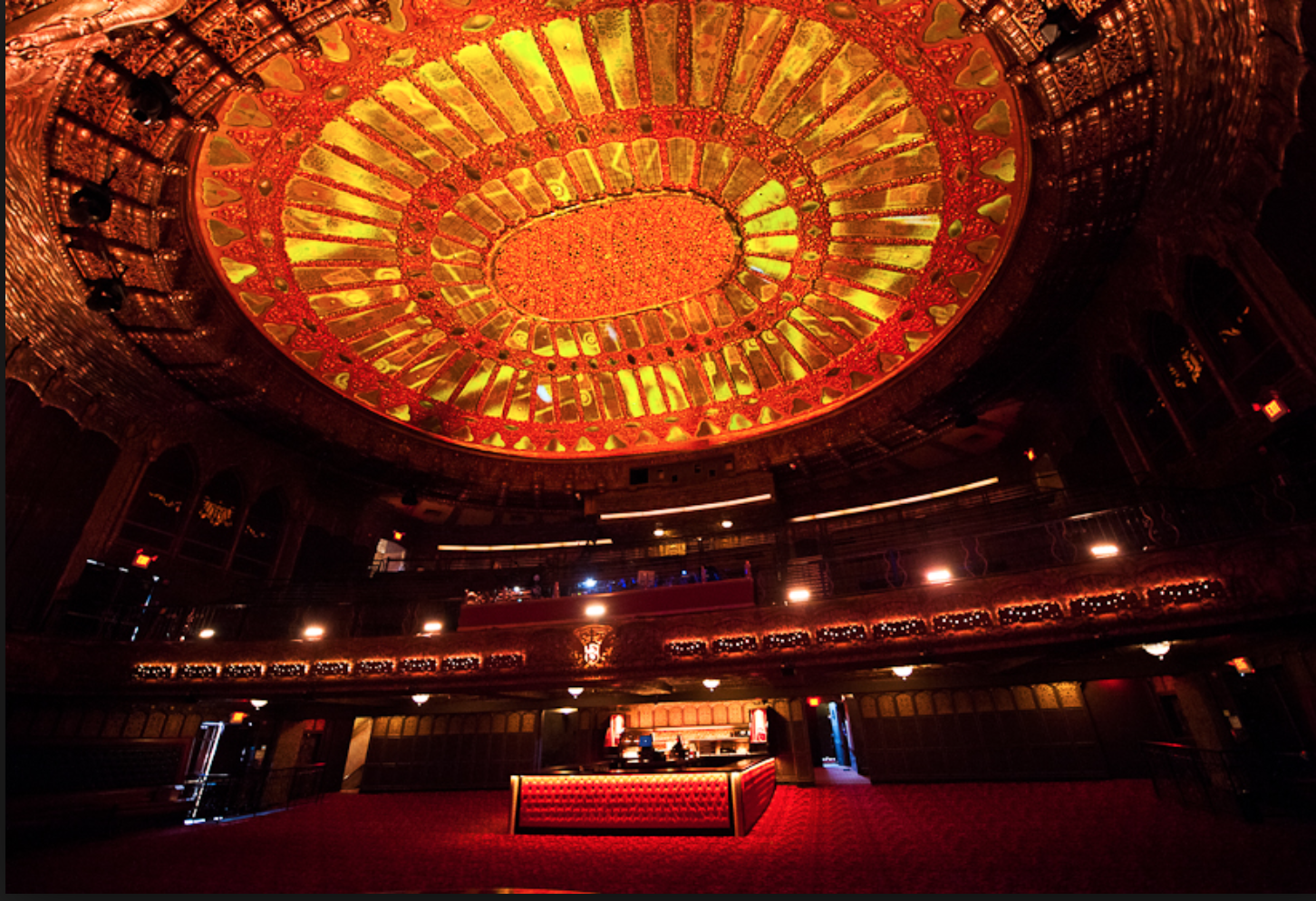 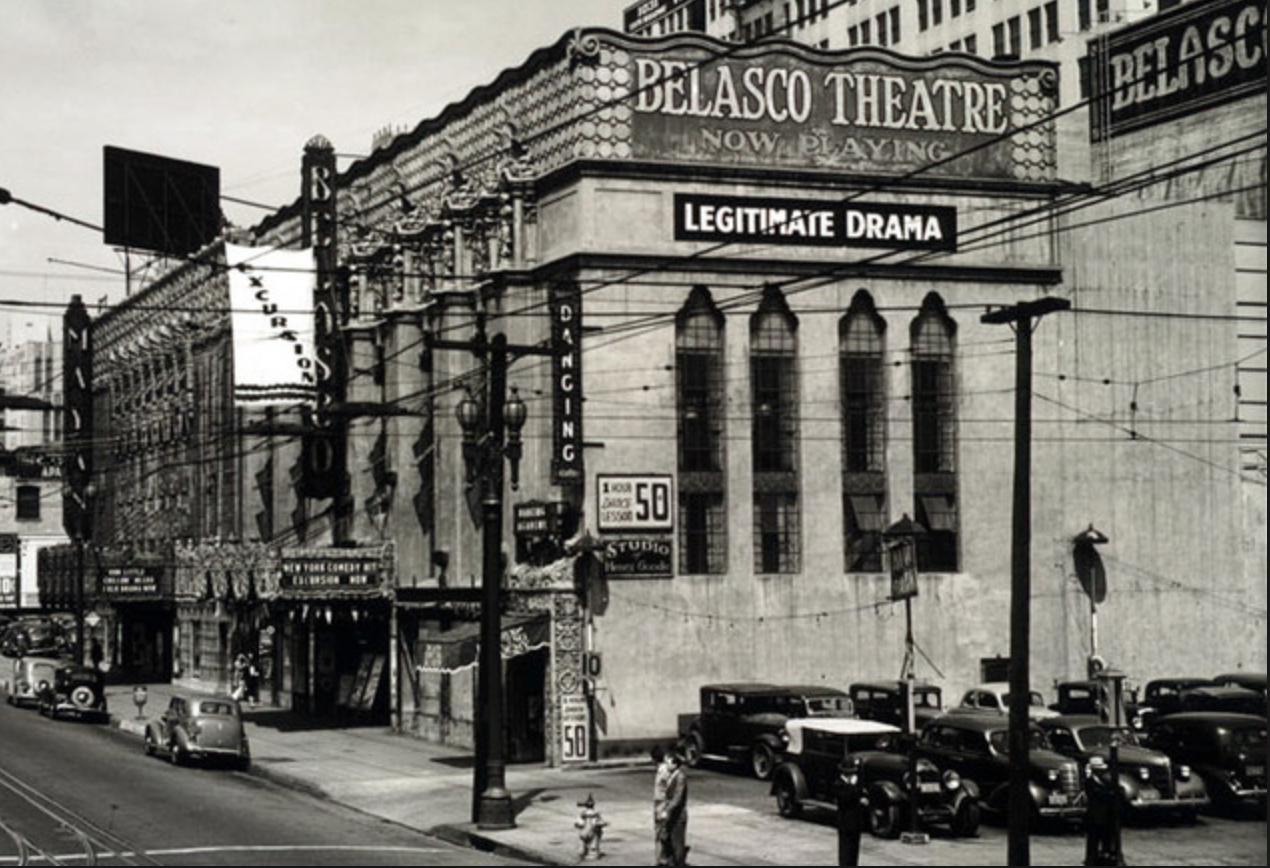 When David Belasco envisioned his theatre, he pictured a living room. He wanted to be part of the “Little Theater” movement. The idea was that the closer the audience was to the show, the better their experience would be. George Keister, architect of the Apollo Theater in Harlem, designed the theater.  His design required the playhouse to be built in a residential building, fulfilling Belasco’s desire for an intimate space for his audience. The theatre seats 1,016 guests.  Everett Shinn was responsible for the interior décor, including 18 murals he painted himself. The theatre was equipped with state-of-the-art technology for the time like extensive lighting rigs and hydraulics system. The theater opened in October 1907 as the Stuyvesant.

David Balasco was known as the “Bishop of Broadway.” He was a playwright, set designer, producer, and director. He owned two theatres: one on 42nd Street and the Stuyvesant on 44th Street. He had named the 42nd Street Theatre the Belasco for himself when he leased it from Oscar Hammerstein. However, in 1910 the 42nd Street Theatre took the name Republic (although it is now the New Victory Theatre) and the Stuyvesant on 44th Street permanently became the Belasco.

David Balasco passed away on May 14, 1931 at the age of 71. His theatre continued to be associated with numerous theatre production groups—some were successful, others were not. The Belasco’s longest running show was Dead End, under the direction of Sidney Kingsley. The show opened in October of 1935 and ran for 684 performances. Other popular shows were the Your Arms Too Short to Box With God  in 1980 and Ain’t Misbehavin.  Both were moved to the Belasco from other theatres (the Ambassador and the Plymouth). Oh! Calcutta! was another notable show to reign at the Belasco. It moved to the Belasco in 1971 from the Eden Theatre. It is known for its racy all-nude cast and explicit sexual scenes. The theatre was also housed the original (but still popular) Rocky Horror Show from Britain in 1975.

In 2009, President Obama visited the theatre with his wife, First Lady Michelle Obama. The Belasco was one of the few theatres left that had been built with a separate entrance for the balcony designed for African American patrons to enter through to create a segregated audience. The President and his First Lady—the first black president and his wife—entered through the front door. Later that year, the theatre closed for renovation and reopened in the fall of 2010.  The Belasco continues to be a home for the arts hosting productions that come to New York and is still run by the Shubert Organization.