The Yale University Art Gallery carries the proud role of being the oldest university art museum in the Western Hemisphere, and with a history that dates back to 1832 along with its 69,975 square-feet main building, this museum is a central hub for art enthusiasts, students, and the general public. The museum’s permanent exhibitions were founded in 1832 when the iconic artist and patriot John Trumbull gave Yale College more than 100 of his own paintings. Since this monumental donation, the museum has acquired more than 200,000 objects representing both Eastern and Western cultures, ranging in date from antiquity to the present day. In addition to the museum’s goal to encourage art appreciation and understanding, the Yale University Art Gallery also seeks to stimulate research and active learning about art through compelling exhibitions and educational programs. Some of the most acclaimed works of original art found at this museum include Van Gogh’s The Night Café, Robert Field’s Miniature of George Washington, and Trumbull’s The Death of General Montgomery in the Attack on Quebec. 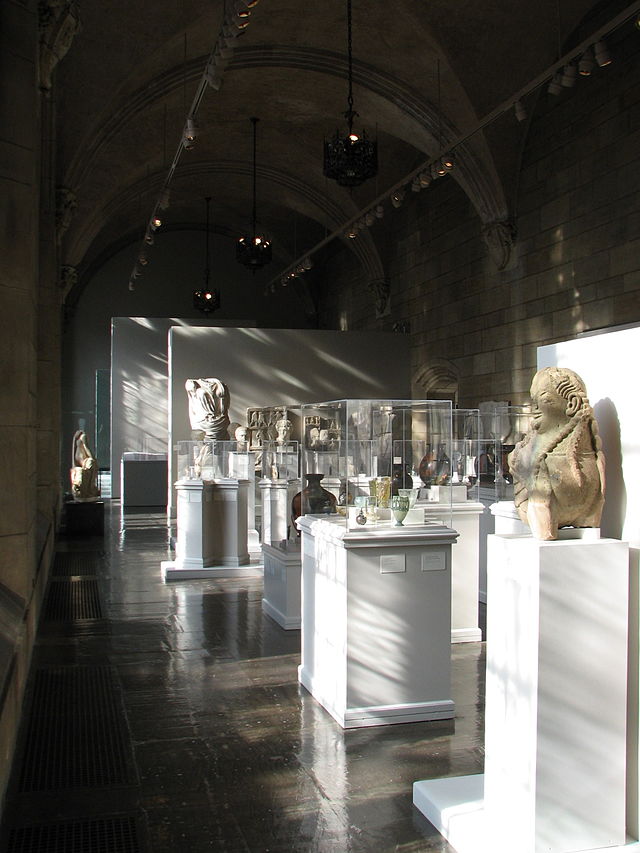 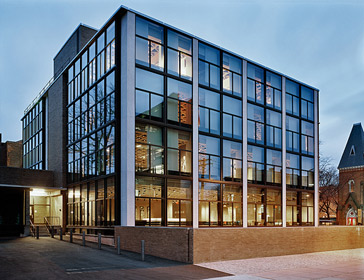 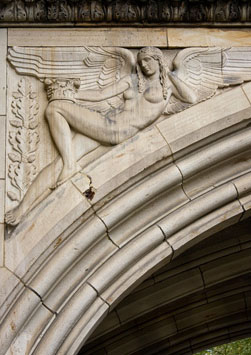 With Trumbull’s 1832 donation of over 100 paintings detailing his experiences with and showcasing images of the American Revolutionary War, the Yale University Art Gallery was founded in Yale College’s Old Campus. Unfortunately, many parts of the Old Campus, including the art gallery, were destroyed in 1909, and the collections in the art gallery were featured throughout the Yale campus and in the older Tuscan romanesque building that was built in 1928 by Egerton Swartwout. In 1953, Yale professor and famed architect Louis Kahn designed the Gallery’s Main Building, which stood as Kahn’s first major project.

The High Street Bridge connects Street Hall with the Old Yale Art Gallery. These connected buildings, along with the Louis Kahn Building, comprise the Yale University Art Gallery. Street Hall dates to 1866 and was designed by Peter Bonnett Wight to house the Yale School of the Fine Arts. It was named for Augustus Russell Street (Yale BA 1812), who donated money for the School's establishment provided that all New Haven inhabitants, both women and men, could attend. Its neo-Gothic aesthetic draws inspiration from 13th-century Venetian architecture. The Old Yale Art Gallery building was constructed between 1926 and 1928 under the direction of architect Egerton Swartwout (Yale BA 1891). His design is reminiscent of Florentine buildings, such as Palazzo Davanzati (built in the 14th century) and the Bargello (built in the 13th century and renovated in the 14th and 15th). Swartout also designed the bridge over High Street. It features four reliefs of winged women, who symbolize Architecture, Drama, Painting, and Sculpture.

Art enthusiasts, students, professors, and the general public often flock to the Yale University Art Gallery for many reasons, including its free admission to the public, a vast permanent collection that requires multiple visits to completely absorb, and plentiful outdoor spaces for relaxation. However, the museum’s fame comes, in part, from Gogh’s The Night Café, which draws thousands of visitors looking to see the original of this priceless painting.

The permanent collection at the gallery includes over 1,000 objects of metal, ivory, and wood within the African Art section; over 2,500 paintings and 500 sculptures from revered American artists; over 13,000 artifacts dated from the Neolithic to the early Byzantine eras and coming from the Near East, Greece, and Rome; and other galleries that include American Decorative Arts, Asian Art, Coins and Medals, Modern and Contemporary Art, Early European Art, and many others. The Modern and Contemporary Art gallery features works by household names such as Edgar Degas, Pablo Picasso, and Roy Lichtenstein.

To help the general public and Yale students engage with the museum’s offerings, the Yale University Art Gallery hosts and sponsors several programs and teaching resources throughout the year. In fact, these programs are directed towards visitors of all ages, and include lectures, panel discussions, artist talks, master classes, and other thought-provoking events. Children and K-12 educators can also take part in events such as Family Day, the Stories and Art activity held on the second Sunday of every month, or take a guided class visit. Furthermore, after-school programming is available to community groups, schools, and families.