On August 20, 1877, Nez Perce Indians (and their Native allies) and a U.S. Cavalry contingent consisting of three companies, faced each other in two confrontations about five miles apart near the modern-day town of Kilgore, Idaho. The battle was part of the Nez Perce War of 1877 that occurred between June and October. The war began after the Nez Perce refused to move to Indian reservations from their native homeland in the Pacific Northwest. The first encounter on that August day occurred before sunrise when a group of Nez Perce warriors stole around 150-200 horses and mules from the cavalry campsite. Later in the day, the cavalry, which was led by General Oliver Otis Howard, pursued the warriors in three columnns. One of these reached the warriors at the second Camp Meadows site but were surrounded. A few hours later, the rest of the cavalry arrived and the warriors retreated, escaping capture. No warriors were killed, but three soldiers died. Howard returned with his men to Virginia City to regroup and resupply. Today, visitors to Camp Meadows can drive to the roadside pullout located on the map. There is a kiosk there that has interpretive signs providing information about the area's history.

This sign is located at the rest stop in Dubois, Idaho that gives information about the Camas Meadows Battle. 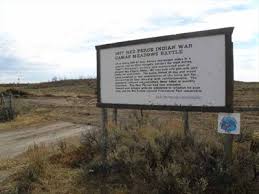 Those three metal silhouettes of Nez Perce warriors are located a short distance from the kiosk. 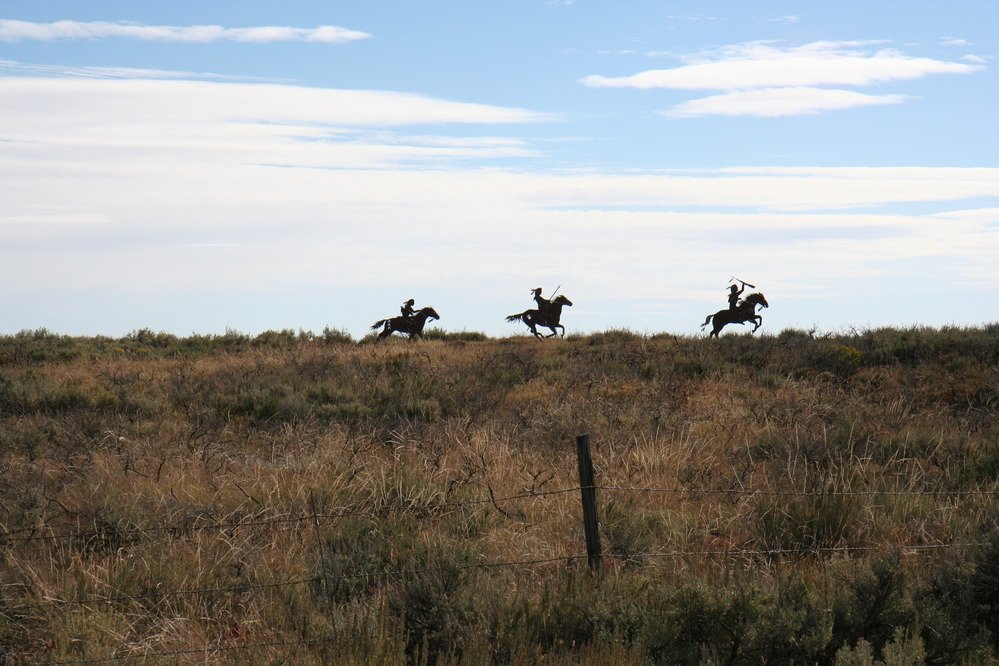 "Thunder in the Mountains," by Daniel Sharfstein (see link below) 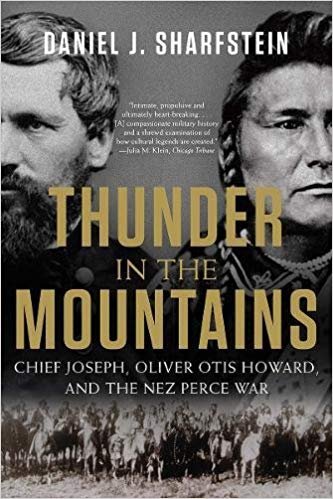 The Nez Perce and the U.S. Army/cavalry encountered each other in several battles during the war. The one before the Camp Meadows confrontations happened at the Battle of Big Hole in western Montana. Both sides took a heavy toll during the battle but the Nez Perce were able to escape southward, with the intention of going into what is now Yellowstone National Park (it was established in 1872).

The Nez Perce used information contained in a vision by Black Hair to judge what they should do next. They ultimately decided to use the cover of darkness to steal all the horses, but somehow a shot went off. With the Indians scattering to leave and the camp coming alive from the gunfire and horses running wild, it was utter chaos. Howard ordered his men to pursue. The further they pursued the Indians, the more separated they got from each other. Captain Norwood caught up with the warriors and ordered his men to attack.

While Norwood and his men were fighting, some of the other Calvary that got separated ran across some Nez Perce Indians themselves. As they retreated, the Nez Perce took note of it. They then took the fight to Captain Norwood along with the other Nez Perce. General Howard met the retreating soldiers and forced them to turn and fight with Norwood. However, as Howard and the other men reached Norwood, the Nez Perce played it safe and retreated.