The current home of the East West Bank originally housed the Chinese Telephone Exchange, a telecommunications switchboard service that has exclusively served the Chinese community in San Francisco for 72 years. 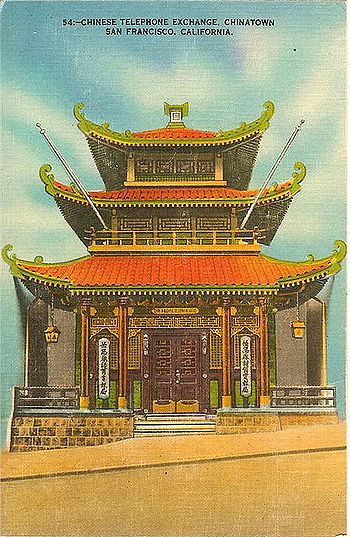 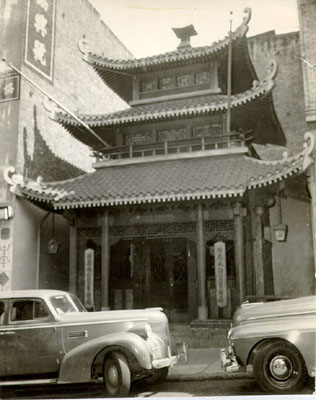 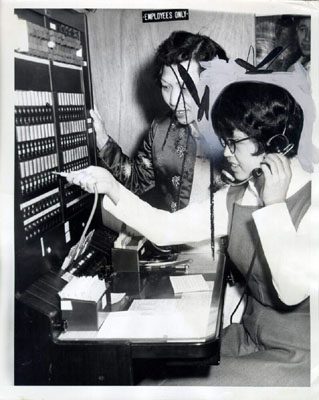 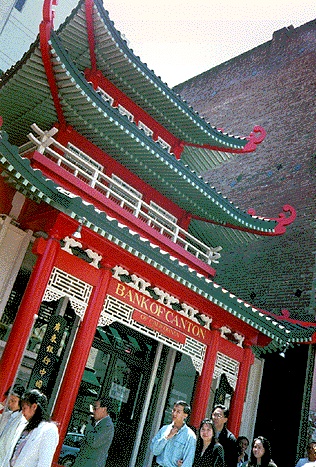 San Francisco’s Chinatown was the first of the large-scale Chinatown districts to evolve in a Western City. Unfortunately, the Chinese community faced severe discrimination in ways large and small from the municipal leaders almost from the very beginning. One of the most effective tactics involved the stonewalling and delay of plumbing, electrical, and telecommunications infrastructure for the district. Things were made worse by the California Chinese Exclusion Act passed in 1882, which governed Chinese immigration and citizenship until 1943.

The community was very keen to have a telephone exchange in large part because they wanted to remain connected to their friends and family who had been legally barred from entering California. For more than 60 years, this switchboard was the only point of contact between family members and business partners in San Francisco and China. The Chinese community began operating its own telephone exchange in 1887, several years before most of America had a phone service. In 1901, they had enough subscribers to open the Chinese Telephone Exchange, which was housed in the former home of the Sam Brannan’s California Star, the first newspaper in San Francisco. In the early years, the Exchange employed only male operators. Mr. Loo Kum Shu, the manager, preferred female operators, who tended to be more “good-tempered” than their male counterparts. However, the costs of doing so were very high, as the women had to be guarded by a contingent of men plus an official chaperone, who watched over the property and the proceedings day and night. By 1906, the Exchange became willing to absorb the additional costs and thus an all-female workforce was hired to run the switchboard.

The Chinese Telephone Exchange was an extension of the community’s social network. The operators were fluent in English and the five regional Chinese dialects found among San Francisco’s Chinese population. The switchboard served party line phones in rooming houses, tea rooms, and clubs in San Francisco and China, which meant that there could be dozens of people associated with each phone on the line. There were also individual pagoda-shaped payphone booths in Chinatown that were connected to the exchange.

At its peak, the switchboard served 1500 subscribers, each of whom was known to the operators by name, residence, and phone location. Switchboard operators did not connect the calls via phone numbers, because the Chinese felt that it was very rude to label a person with a number instead of using their name. The phone operators knew the 4,000-5,000 residents of Chinatown as well as all of the extensions for the neighborhood’s businesses and residences, and handled an average of 13,000 calls per day.

The system was also a method for contracting labor. Employers would call with job offers, and the operators put them through to folks in the area who were looking for work. In 1943, the Exchange workers joined the Telephone Traffic Employees organization (TTEO) Local 120. They filed complaints with the labor board and successfully fought their seven-days-per-week work schedule, winning back pay of over $5,000. The Exchange didn’t close until 1949, when rotary-dial phones became the new telephone standard and put the switchboard operators out of work for good.

Like almost everything else in the city, the exchange was destroyed in the great earthquake of 1906. In 1909, the community rebuilt the exchange in the style of an ornate 3-tier pagoda with retail shopping on the first floor, the Exchange on the second floor, and living space for the operators and manager on the third. While most of Chinatown was rebuilt after the quake to resemble ornate Chinese architecture, most of the changes were purely cosmetic décor slapped onto standard boxy American architecture. The Exchange is the only example of a Chinese-based architectural design built from the floor up.

The building was vacant for 11 years after the switchboard shut down, but was purchased and restored by the Bank of Canton in 1960. In certain corners of Chinatown, the pagoda-style phone booths can still be found, although all are in desperate need of restoration.