The oldest log dwelling in the state of Arkansas, the fully-restored Rice House was constructed in 1828 and used as a store and loom house by the builder, Reuben Rice, who established a rural trading center soon after the Rice family arrived in the Eleven Point River Valley in 1812. The structure features an original log partition wall, a rarity in such early log architecture. A restored 1820s log granary survives from the well-documented trading center days adding to the site’s significance. The house is restored to the 1840s era when Reuben’s son expanded the main structure to serve as a family dwelling house. The house, a few miles north of Pocahontas, is open to the public only rarely, currently on the second Saturday of June, July, August, and September, and on the third Saturday of October. It’s also open on some other occasions by special announcement. The house is only a few feet off of Arkansas Highway 93, however, so you can get very close to it, even if the site is closed, and study the log construction. 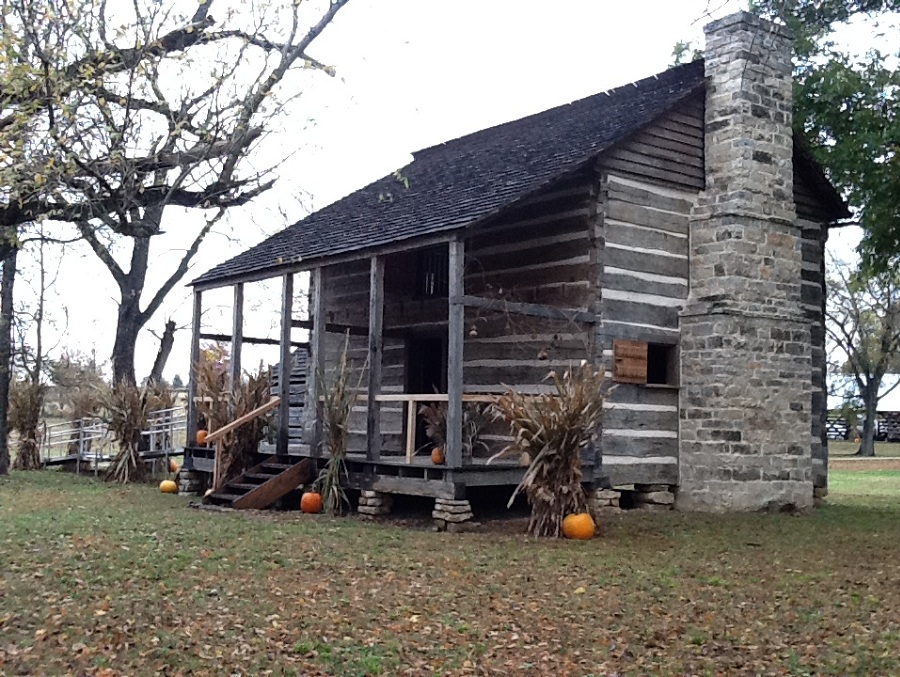