The Eddie Mae Herron Center, at 1708 Archer Street in Pocahontas, is many things: a museum, an education center, a community center, a heritage and culture center. The Center preserves and displays a portion of nearly two hundred years of African-American history in Randolph County, Arkansas. The Herron Center, located on a hill a few blocks from downtown Pocahontas, occupies a building built in 1918 as St. Mary’s African Episcopal Church. The church also served as the local “colored school” until racial segregation ended in Pocahontas in 1964. In 2000, former students of the school joined together to create the Herron Center, to keep their community and their beloved old building alive and thriving. The Center, open most days, contains a re-creation of the one-room school that was once there, as well as a pulpit and pew from the days when it housed a church, and museum displays of the history of the building and the local African-American community. They also have a small gift shop. 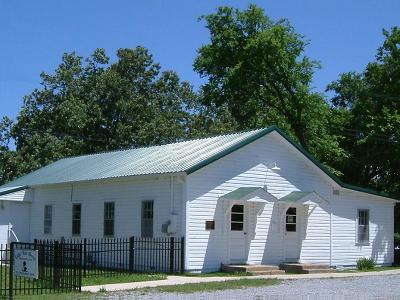 Inside view of old one-room school. 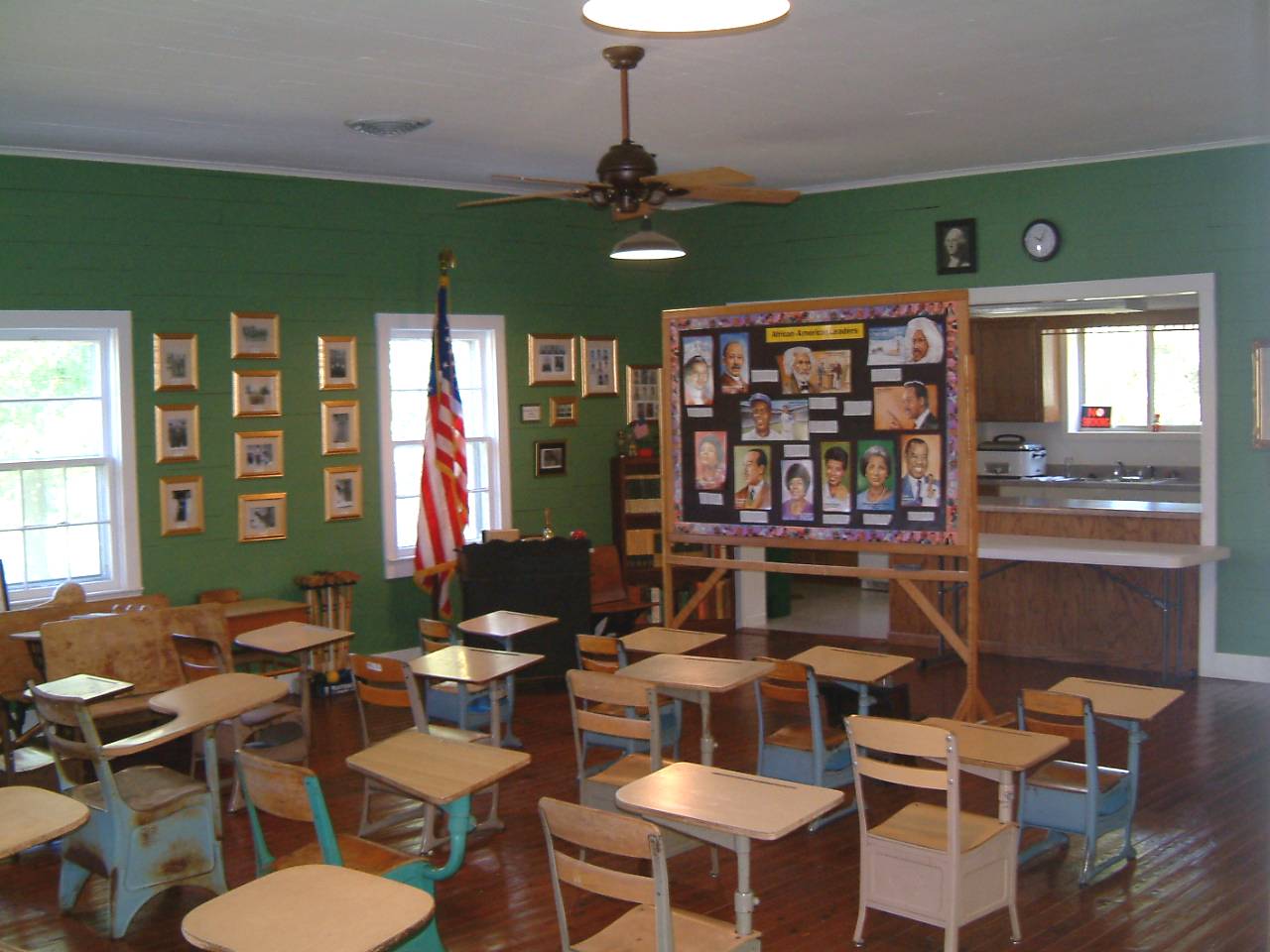