The Indianapolis Masonic Temple (also known as Freemasons' Hall) is an 8-story limestone building of nearly cubic shape designed in the Neo-Classical style, which was begun in 1908 and dedicated in May 1909. It was financed by the Indianapolis Masonic Temple Association and the Grand Lodge of Indiana and designed by the distinguished architectural firm of Rubush and Hunter. The building was intended to replace a Masonic temple that once stood at the corner of Washington and Capitol Streets in Indianapolis, where a Hyatt Hotel now stands. Nine masonic lodges, including the Grand Lodge of Indiana, are headquartered here, and 15 lodges meet here. The building contains an 1100-seat auditorium, a library and museum, and several rental spaces. It was included in the National Register of Historic Places in 2008.

Exterior of The Freemasons' Hall 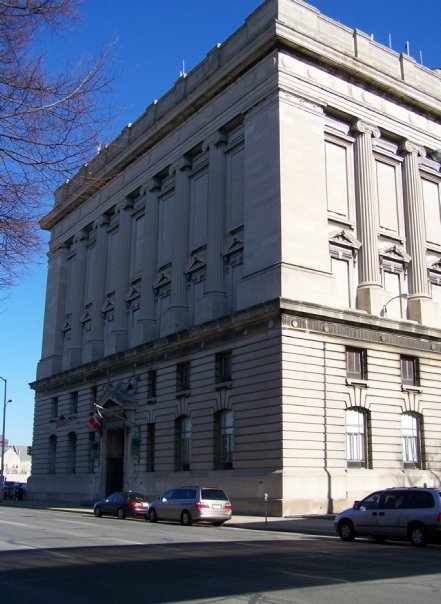 Exterior of The Freemasons' Hall – Night 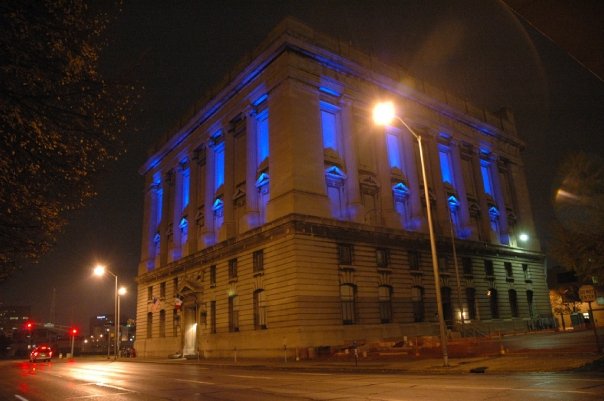 Foyer of The Freemasons' Hall 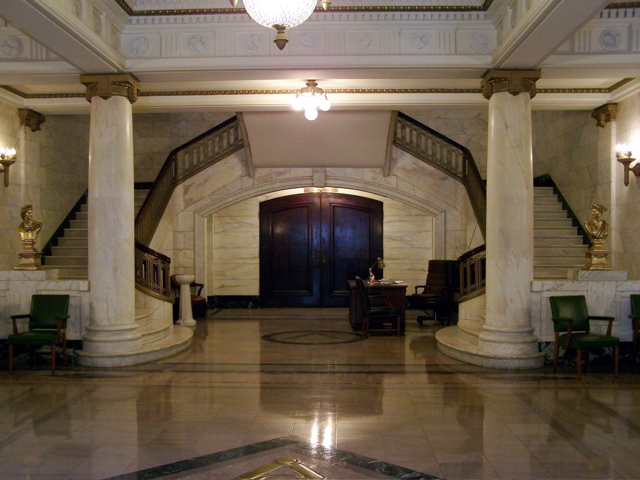 Ballroom of The Freemasons' Hall 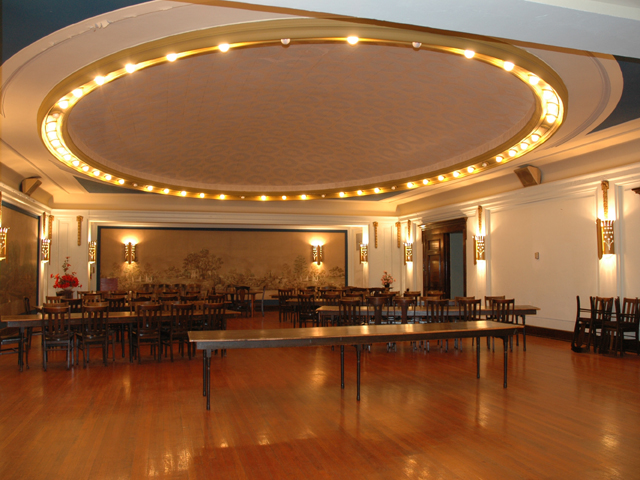 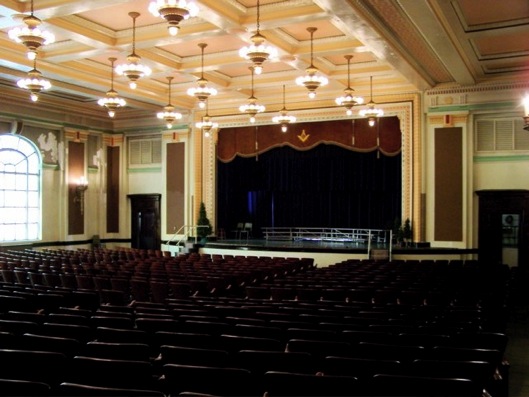 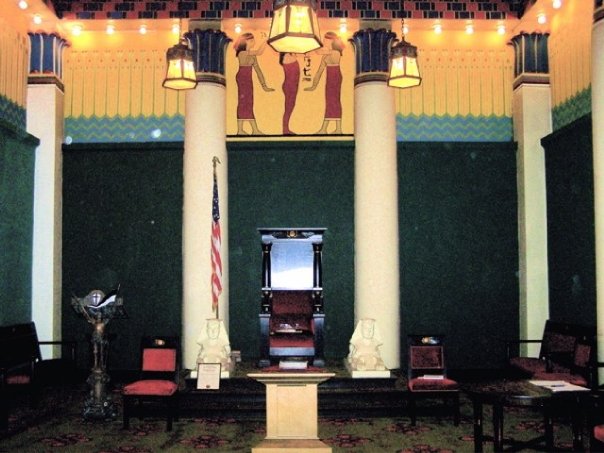 The freemasons of Indiana had built a temple in Indianapolis just before the Civil War. However, both the original building of 1851, as well as the one constructed to replace it on the same corner in 1875, proved to be inadequate to the purposes of Indiana's masons. In 1905, it was determined that a new building at a different location needed to be constructed.

Elias J. Jacoby, an attorney and insurance executive, and a very prominent mason, helped found the Indianapolis Masonic Temple Association and chaired its building committee. The committee hired the firm of Rubush and Hunter, which has been called "the premier Indianapolis architectural firm of the early 20th Century," to design the new structure. The firm, headed by Indiana natives Preston C. Rubush and Edgar O. Hunter, were largely responsible for the look of Indianapolis during this period of the city's history. They constructed the new building from Bedford limestone in the Greek-Ionic style. It is over 100 feet high and measures 130 x 150 feet at ground level. Estimates of the original cost of construction range from $461,000 to over $600,000.

On the first floor is an 1100-seat auditorium which, due to neglect, lay virtually unused for over forty years until its renovation in 2005. Also on the first floor is the headquarters of the Grand Lodge of Indiana, and the Indiana Masonic Home Foundation is also headquartered here. A large banquet hall is located on second floor and is available for wedding receptions, business meetings and other events. The Grand Lodge Library and Museum, once housed in Franklin, Indiana, has been moved to the fifth floor of the Temple building. In addition to its listing in the National Register of Historic Places, the building is listed in the Indiana Register of Historic Sites.