"Gracing the Milwaukee skyline since 1901" is the tagline written on St. Josaphat's website, and it is certainly not an exaggeration. This 1901 basilica originated out of the 1888 St. Josaphat parish and congregation. Their original building burned down in a fire, and they quickly outgrew the replacement. Father Wilhelm Grutza hired Erhard Brielmaier to design and construct the current basilica, which he did, basing it off St. Peter's in Rome and using the materials of the former Chicago Post Office and Custom House. The resulting place of worship is likewise a significant work of art.

The Basilica of St. Josaphat 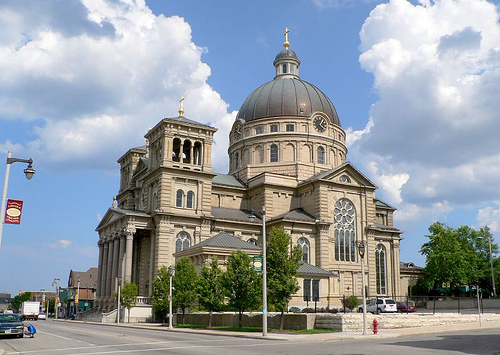 The inside of the Basilica of St. Josaphat 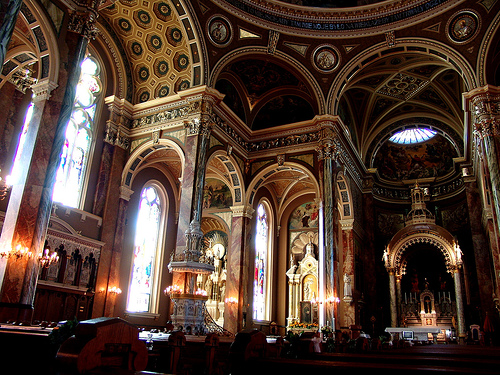 The construction of St. Josaphat 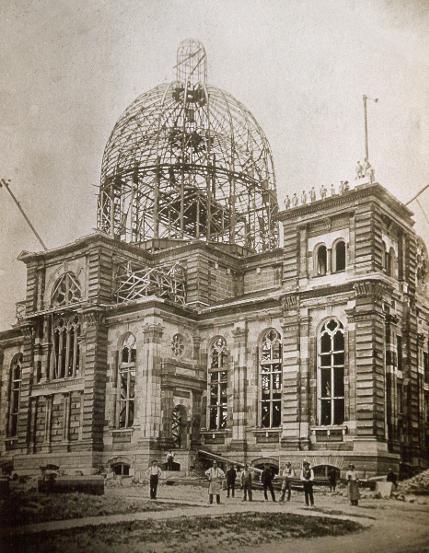 The original Chicago Post Office and Custom House, from which the materials were used to construct the Basilica of St. Josaphat 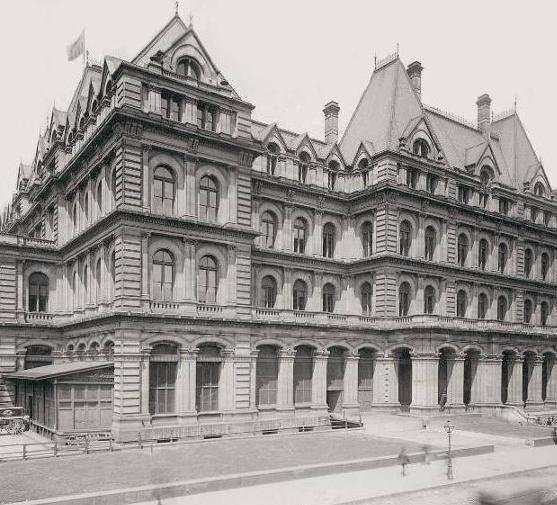 Founded in 1888, the St. Josaphat parish was comprised of mostly Polish immigrants. Their numbers had swelled to large enough that by 1896, the current church building could no longer serve the needs of the 12,000 parishioners.

At that time, the parish pastor, Father Wilhelm Grutza, hired renowned architect Erhard Brielmaier to design and build a smaller version of the St. Peter's Basilica in Rome. After finishing the plans, Fr. Gutza learned that the famous Chicago Post Office and Custom House was being torn down. Grutza decided to purchase the building (at a cost of $20,000), allowing Brielmaier to incorporate the materials of the former building into the new church building. While today the basilica does not resemble the former Chicago Post Office and Customs House, Brielmaier successfully took the materials, making a new piece of art from the original and keeping to the St. Peter's design form.

By the time the building was finished in 1901, the church had accrued significant debt from cost overruns. There were no more funds to finish the interior, so though the church opened and began holding services, all walls were painted a solid white. The Archdiocese determined an order of priests was needed to manage the church and debt. In 1910, the Conventual Franciscan Friars arrived and took over the administration of the parish. By 1925, the debt was paid in full.

Shortly thereafter, the parish put its attention on finishing the church's interior walls. In 1926, the church hired a Roman artist named Gonippo Raggi to paint the inside murals and finish the ornamental plasterwork. In 1929, the masterpiece was finished, the church petitioned Pope Pius XI to declare St. Josaphat a basilica. The petition was met with success and became the third basilica in America. Today there are more than sixty basilicas across America.