Strataca is the new name for the Kansas Underground Salt Mine Museum. Top attractions include exhibits such as "The Shaft", "Permian Room", "Mining Gallery", Harry's Habitat", "The Salt Mine Express", "Dark Ride" and "GE Engine #2". Children are welcome, but no one under the age of four is allowed underground. The Train Ride is not handicap accessible but underground admission and the Dark Ride are accessible. 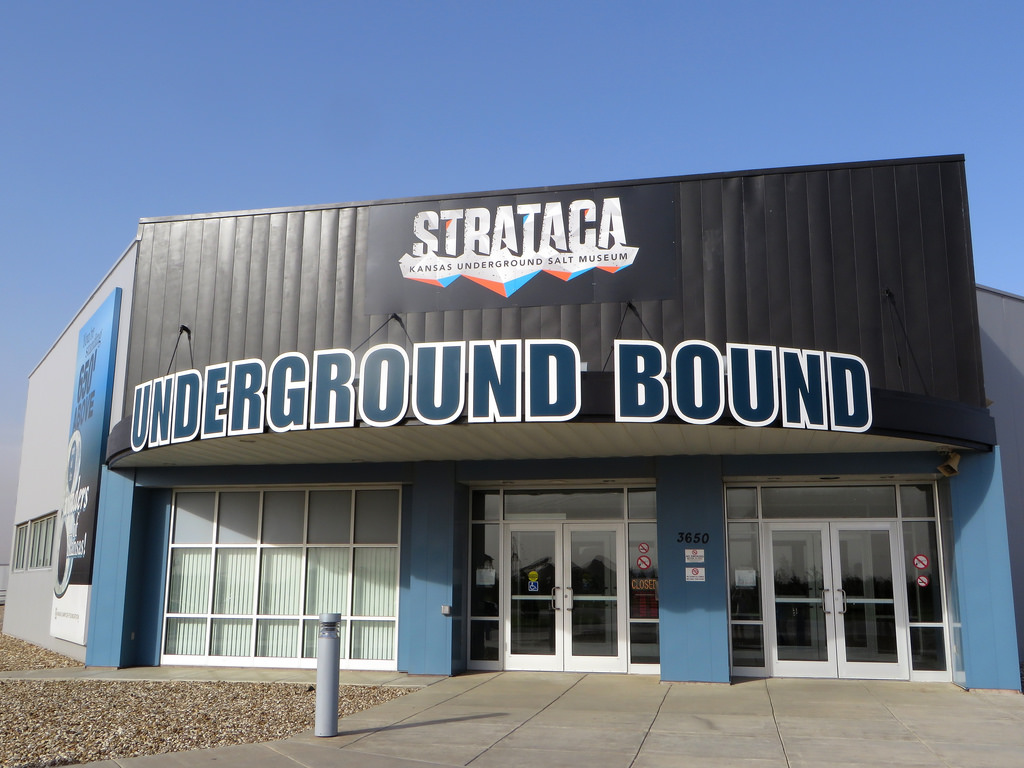 Land developer Ben Blanchard discovered salt in Hutchinson in 1887 when he was searching for oil. The discovery was the first significant salt deposit found west of the Mississippi River. The original disovery site is south of the city and open to the public. The mine visited by museum the public is part of the Carey Mine, which is continues to be mined by the Hutchinson Salt Company (one of three companies still operating in the county).

The museum's origins date back to the late 1990s when the Reno County Historical Society began the effort to preserve the city's mining history. The Society collaborated with two local businessesm the Hutchinson Salt Company and Underground Vaults and Storage, which is a stores Hollywood movies and related documents underground. The Society's decision to establish a museum coincided with Underground Vaults and Storage's desire to expand its business. As a result, the timing was good to develop the museum.

Notable additions in the first six years include: