This Badlands National Park visitor center is located on the Pine Ridge Reservation. Visitors can discover information about the history of the region from rangers as well as visit a few small exhibits. Badlands National Park is a site of both natural beauty and history, with rocky peaks created by billions of years of weathering and erosion. This is also the site of the last Ghost Dance in 1890, a sacred ritual of the Lakota that was part of the events leading up to the Wounded Knee Massacre. The park covers nearly a quarter million acres and is managed by the National Park Service as well as the Oglala Lakota Nation.

A picture of the beautiful peaks of what they call The Wall. These are what span across the South Dakota plain where the Badlands National Park is located. 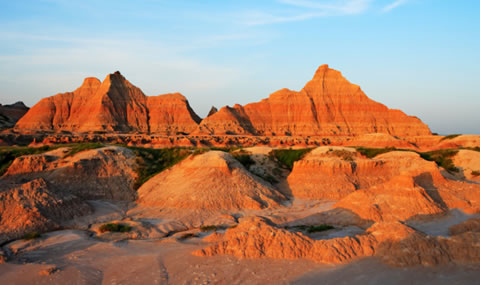 This picture shows the ridges in the mountain sides. These were made by sediment that was laid down and then taken away by the wind or water passing through the rocks. 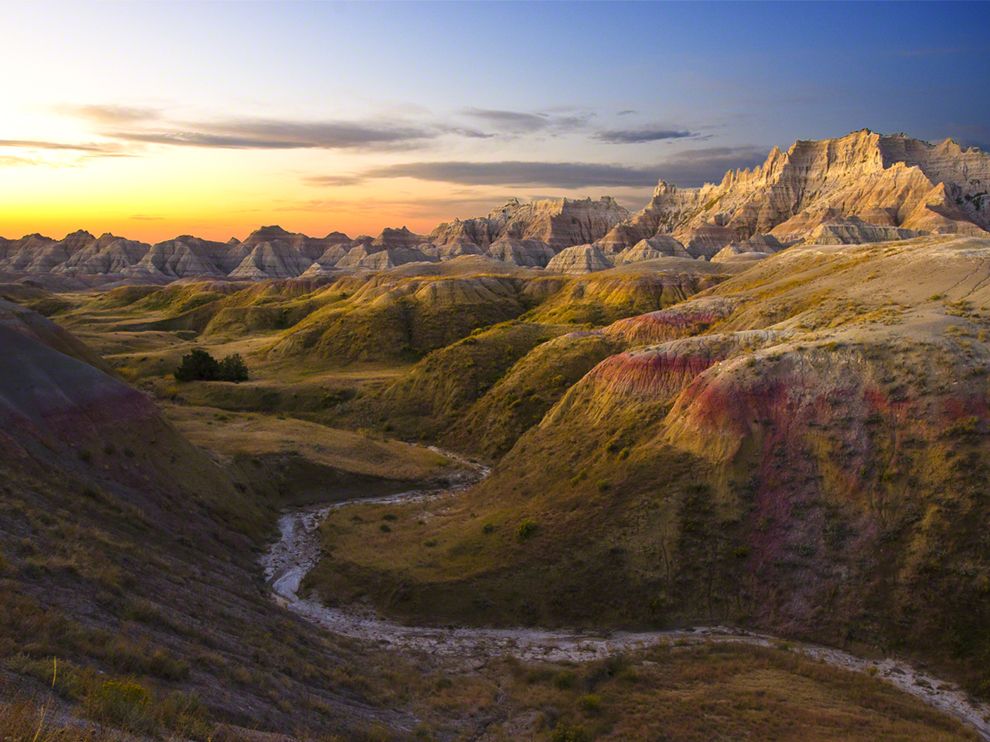 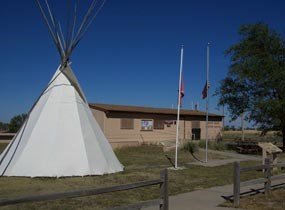 This beautiful area houses some of the most interesting landforms that one couldn't see anywhere else. The Badlands National Park, located in South Dakota., is a spectacle to see. This national park is 244,330 acres of eroded pinnacles, buttes, and spikes, which is also called "The Wall." These acres were established to be a national park on November 10,1978, in efforts to preserve it.1 This area is known worldwide to have the most significant mixed grass prairie and the best known Oligocene fossil resources.3

The park is not only just rocks, like previously stated, but it is also part of the prairie. There are many mixed prairie grasses that are within the park's boundaries. This makes for a lot of wildlife that thrives in the area. Prairie dogs, bison, black-footed ferrets bighorn sheep,bald eagles, and prairie dogs all thrive in its boundaries.2 But not only do the Badlands house living animals, but also the dead. It has one of the world's richest fossil beds in the world for ancient mammals.2 Ancient mammals, such as the saber-toothed tiger, horses, and rhinos, lived there because full fossils have been found.1 Turtle shells and other characteristics of water have been found, making scientists think this area was once underwater.3

The Bandland's Wall has not always looked the way it does today. The erosion that has occurred to the rocks came from water and wind that had been passing through the rocks for thousands of years. It has been recorded that the rocks erode an average of one inch, or sometimes even more in certain places, every year.1 As the rock erodes, more fossils show up, because of how much is taken away.

The Badlands have a rich history behind them that the Oglala Lakota Nation has been keeping alive as long as they have owned part of the land. This is one of the most sacred places that the Lakota have, because the last Ghost Dance occurred there in 1890. This happened before the Battle of Wounded Knee, where 150 Lakota were massacred.1