The African Meeting House is the final stop on Boston’s Black Heritage Trail. The structure was built in 1809 to house the first African Baptist Church of Boston, making this the oldest surviving African American church building in the United States. The church also served as a school and a gathering place for Boston’s Black community. Famous abolitionists and leaders such as William Lloyd Garrison, Maria Stewart, and Frederick Douglass spoke to audiences assembled within these walls. Since 1972, The African Meeting House houses the Boston's Museum of African American History. Two years later, the building became one of the first National Historic Landmarks for its connection to the anti-slavery movement and African American religious history. 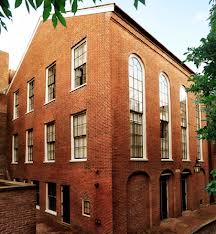 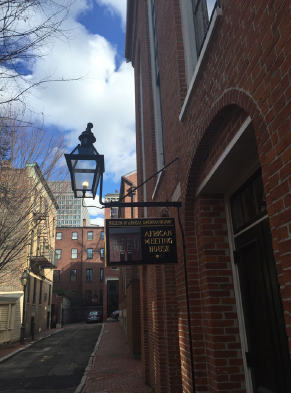 Pulpit, Courtesy of the Advisory Council on Historic Preservation 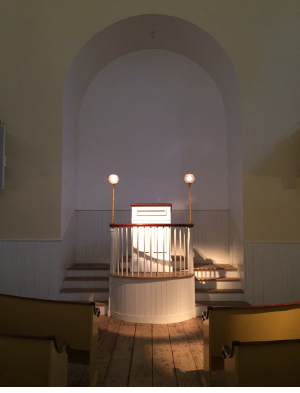 Interior, Courtesy of the Advisory Council on Historic Preservation 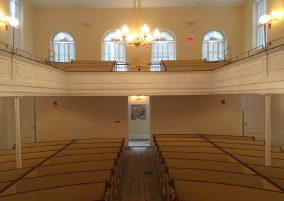 Before the establishment of this independent Black church, Black Bostonian's had their meetings in private homes or attended services at churches where they faced discrimination. That changed at the beginning of the nineteenth century, just a little over two hundred years ago.  The church, called the African Meeting House, was founded by the Reverend Thomas Paul, a native of New Hampshire.  The church was organized primarily by and for Black Bostonians, in cooperation and assistance from Boston’s white Baptist churches.  The construction was completed by a force made up almost entirely of Black workers, while money was raised for the project by both the white and Black communities. There is one man, in particular, that stands out.  His name is Cato Gardner, and he is a native of Africa.  Gardner was responsible for raising more than $1,500 towards the overall goal of $7,000 needed to finish the work.  There is a small stone monument on the exterior of the church which reads “A Gift to Cato Gardner, first Promoter of this Building 1806."

The church was completed and officially constituted on 8 August 1805 with twenty-four members, of whom fifteen were women.  In addition to serving as a spiritual center for the community, the house served and as the main cultural, educational, and political center of the Boston’s Black neighborhood. The African School held classes in the house until the nearby Abiel Smith School was opened in 1835.  Community leaders roused their audiences.  The Massachusetts General Colored Association, the first abolitionist organization in Boston, met at the African Meeting House.  At this location in 1832, white and Black abolitionists attended a meeting headed by William Lloyd Garrison. This meeting led to the establishment of New England Anti-Slavery Society, one of the most significant abolitionist organizations in American history.

In 1898 the Baptist congregation sold their meeting house and moved to a new location in the South End. The meeting house became the Jewish Congregation Anshi Libavitz in 1904 and was acquired by the Museum of African American History in 1972. Two years later it was designated a National Historic Landmark.  The building is open to the public six days a week (closed on Sundays).  Although there is no set fee for admission, the historic site does request a donation in return for the privilege.