The Pueblo County Courthouse is an historic courthouse located in Pueblo, Colorado. It serves as the seat of the Pueblo County Government. Built in 1912 and designed by architect Albert Ross in the Classical Revival style, it is the largest courthouse in southern Colorado and takes up an entire city block. The rotunda is 82 feet tall from the first floor. Two previous courthouses were constructed on the same site in the early 1860s and 1871, respectively. It has largely remained unaltered since its completion. Paintings and murals of artist J. Charles Schnoor are located in the rotunda and the County Commissioner's Chambers. They depict the history of Pueblo's manufacturing and industry history and the laborers who worked in those fields. According to the National Register of Historic Nomination Form (the building was named to the register in 1975), the workers who built the courthouse were rumored to have mixed whiskey and beer into the mortar. 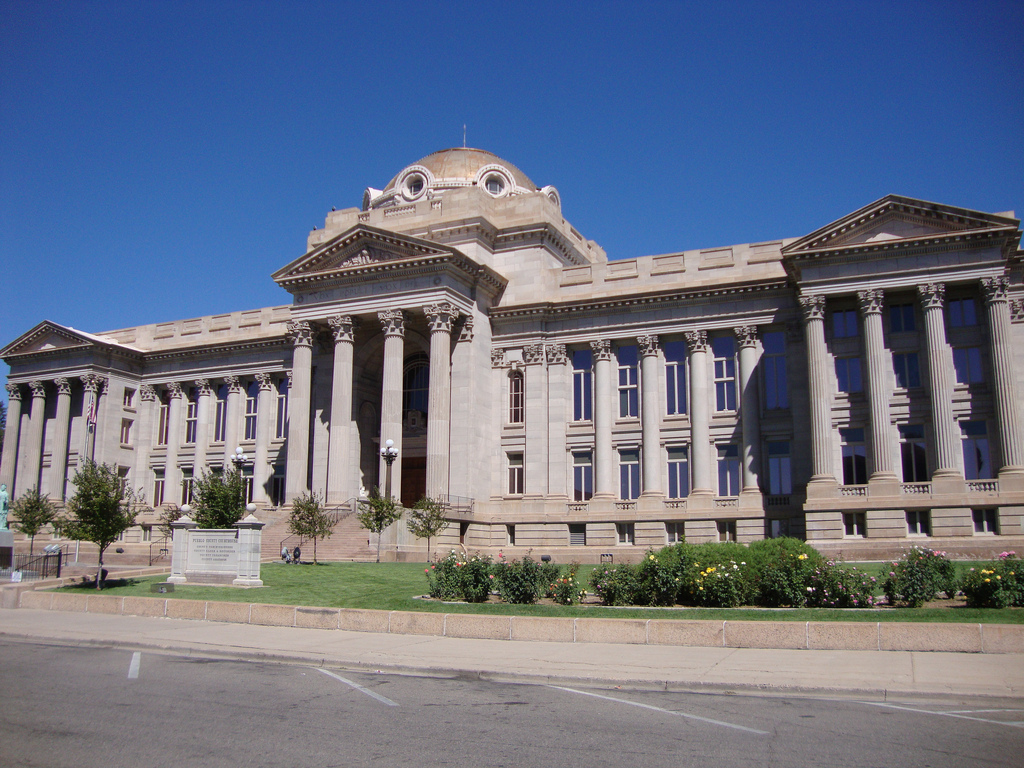