599 Summit Avenue, The birth place of the book: This Side of Paradise 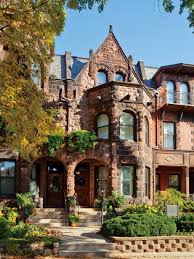 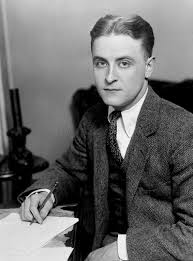 American writer F. Scott Fitzgerald (1896-1940) rose to prominence as a chronicler of the jazz age. Born in St. Paul, Minnesota, Fitzgerald's childhood home, school, and first house are all in the same area. He attended Princeton, but never graduated and used it as the setting for his first novel This Side of Paradise (1920). It was in the house listed above that he wrote the book during the summer of 1919.  The home is “a brownstone two bays wide, with a polygonal two-story window bay on the right, and the entrance, recessed under a round arch that is flush with the bay front, on the left. At the mansarded roof level there is a gable with two round-arch windows and decorative finials” (“F. Scott Fitzgerald House”).

The twenties were beginning to roar, and Fitzgerald headed for Paris with his attractive southern wife Zelda.  He began to develop a problem with alcoholism and struggled as a writer to make enough money to match his extravagant lifestyle and still produce serious work. His third book The Great Gatsby (1925), the story of a gangster's pursuit of an unattainable rich girl, was close to a masterpiece.

The Fitzgerald's literary fame was soon tinged with tragedy. Scott's alcoholism became worse while his wife became mentally ill. They both came back to the United States in 1931 to America in the grip of the Great Depression. His book, Tender is the Night (1934) was only brought by lukewarm reviews and poor sales. Fitzgerald returned to Hollywood and made a precarious living as a scriptwriter while struggling to control his alcoholism.

His last novel, The Last Tycoon (1941) was only a third of the way finished before Fitzgerald died of a heart attack. Not until the 1950s did interest in Fitzgerald revive and his works became a veritable scholarly industry. He conveyed in his best novels and short stories the sense of youthful awe and the hope America's promises created in many people.

Private home. Tours given by Minnesota Historical Society with a 75 minute guided walking tour of the St. Paul neighborhood where he spent much of his youth involving his birthplace. Tour stops does not include interiors.