Ye Olde Union Oyster House, open to diners since 1826, is amongst the oldest restaurants in the United States of America.The Union Oyster House has a number of famous people in history as diners, including the Kennedy clan and Daniel Webster. Webster was known for regularly consuming at least six plates of oysters. In 1796, Louis Philippe, king of France from 1830 to 1848, lived in exile on the second floor. He earned his living by teaching French to young women. America's first waitress, Rose Carey, worked there starting in the early 1920s. Her picture is on the wall on the stairway up to the second floor. Labor economist and president of Haverford College John Royston Coleman worked here incognito as a "salad-and-sandwich man" for a time in the 1970s and documented the experience in his book The Blue Collar Journal. The food is traditional New England fare, including seafood's such as oysters, clams, and lobsters, as well as poultry, baked beans, steak and chops. The toothpick was said to have been popularized in America starting at the Oyster House. 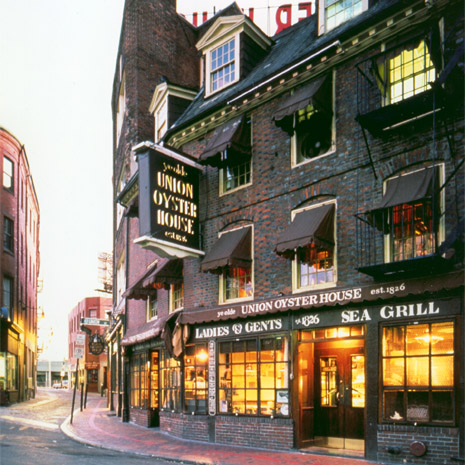 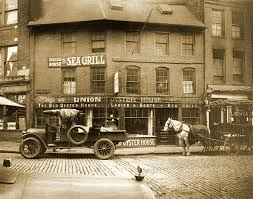 The Kennedy Booth, where John F. Kennedy regularly sat growing up and even as president with Jackie Onasis. He even proposed to her in the booth. 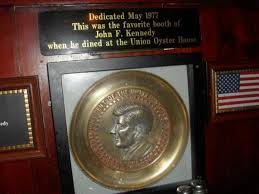 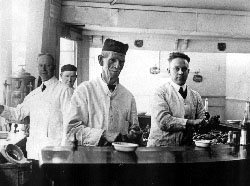 In 1742, before it became a seafood house, the building housed importer Hopestill Vapen's fancy dress goods business. At this time, the Boston waterfront came up to the back door of the dry goods establishment, making it convenient for ships to deliver their cloth and goods from Europe.

Oysters were first served to the public in this country in 1763 when a primitive saloon was opened in New York City in a Broad Street cellar. In the 19th century, the American people were enveloped in an oyster craze. In every town there were oyster parlors, oyster cellars, and oyster saloons.

The Atwood family is known to have operated a number of oyster shops in Boston since at least 1818. Originally known as Atwood's Oyster House, the restaurant became Atwood & Hawes from approximately 1842 to 1860 and Atwood & Bacon from the late 1800s to 1916. At this point, it is believed that the open coal range on which oysters were roasted was installed in the kitchen. By 1916 the establishment was simply referred to as Union Oyster House, the name it holds today.

After 87 years in business the Atwood family sold the oyster house in 1913 to the Fitzgerald family who owned the property until at least 1927. The Greaves brothers of Nova Scotia, Canada, owned the property by 1940 and began to operate satellite branches in other parts of town. The restaurant itself had been expanded in 1933 when a second floor dining room seating 50 persons opened. In 1941, the oyster house opened three new dining rooms on the second floor and installed a new kitchen and bakery with all new cooking and dishwashing equipment. The Greaves sold the restaurant in 1970 to Joseph Milano, whose family continues to run the renowned restaurant today.