Lake McDonald Lodge is a hotel located on the eastern shore of the lake of the same name in Glacier National Park in Montana. Built in 1914 by the architectural firm Kirtland, Cutter, and Malmgren, it is one of the best examples of Swiss Chalet buildings in the United States. It is located next to the Going-To-The-Sun Road, one of the country's most scenic drives. The hotel is comprised of the main three-story building, cabins, and the Cobb House. It tries to maintain the rustic atmosphere of the period when it was built, so amenities are modest. Services offered include red bus tours (antique cars that offer transportation in the park), evening ranger programs, and boat tours; guests can kayak, canoe, and fish on the lake. 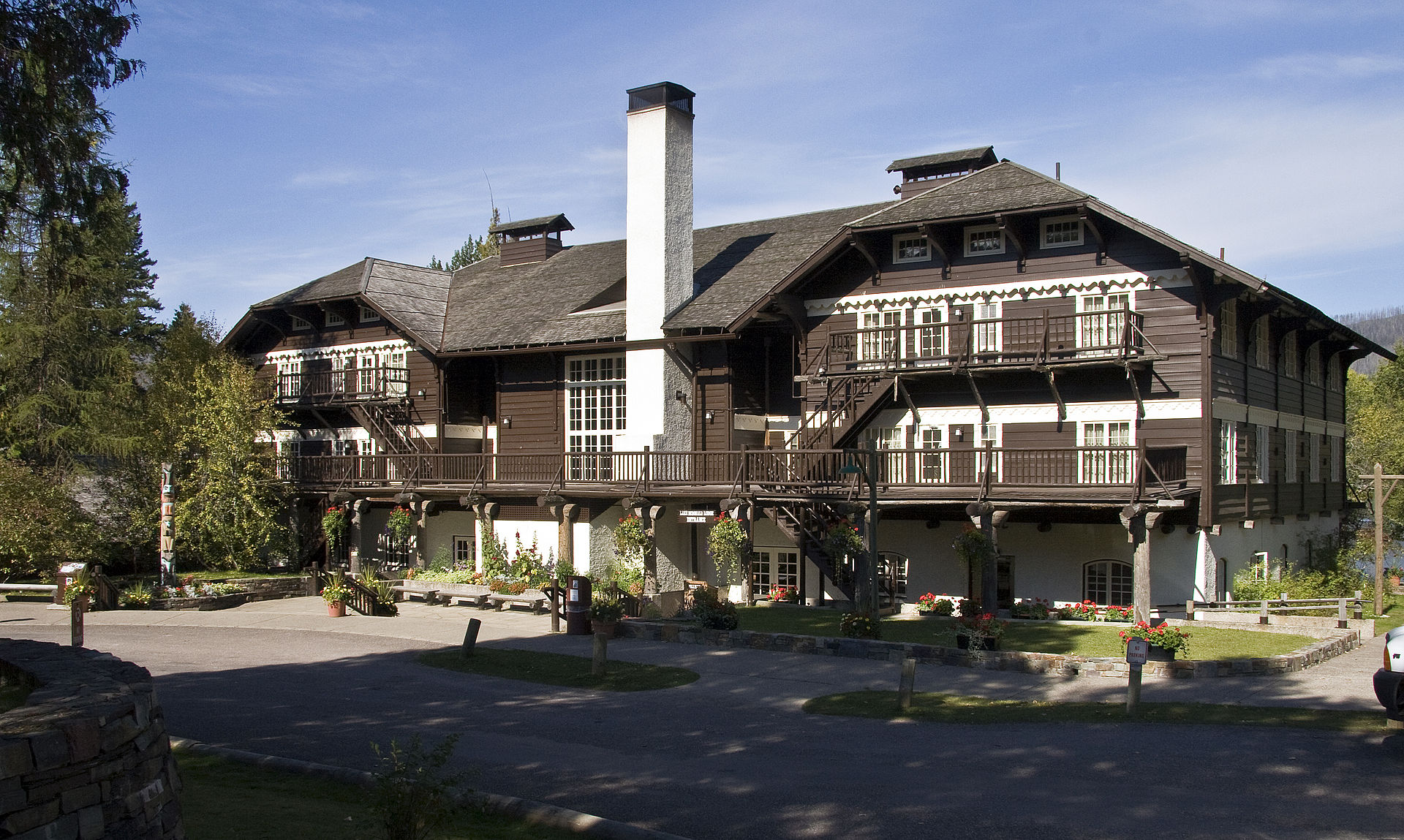 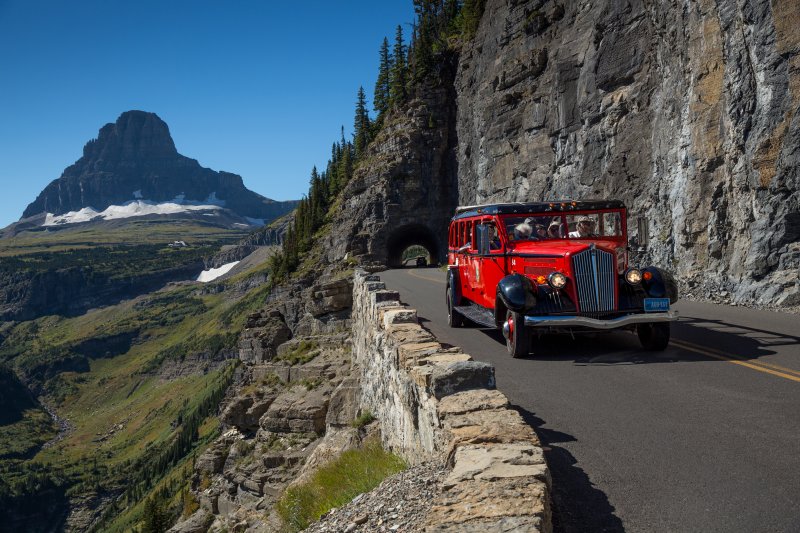 A Red Bus in front of the lodge. Credit: Glacier National Park 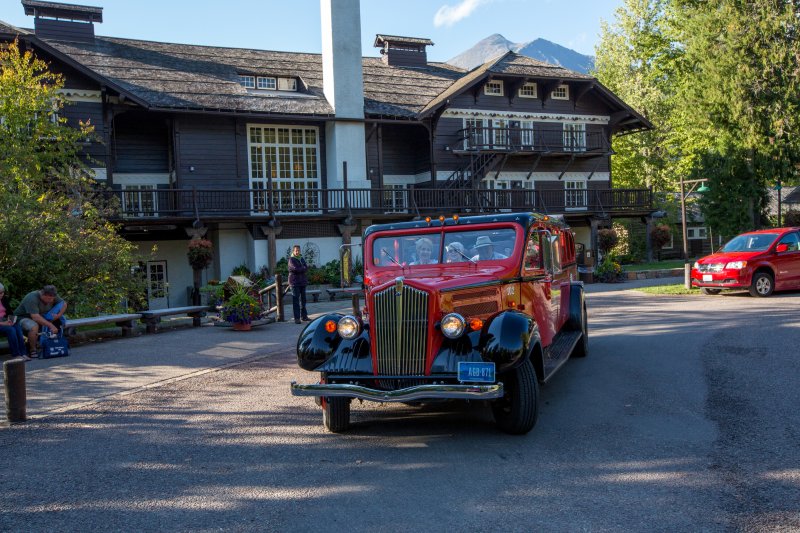 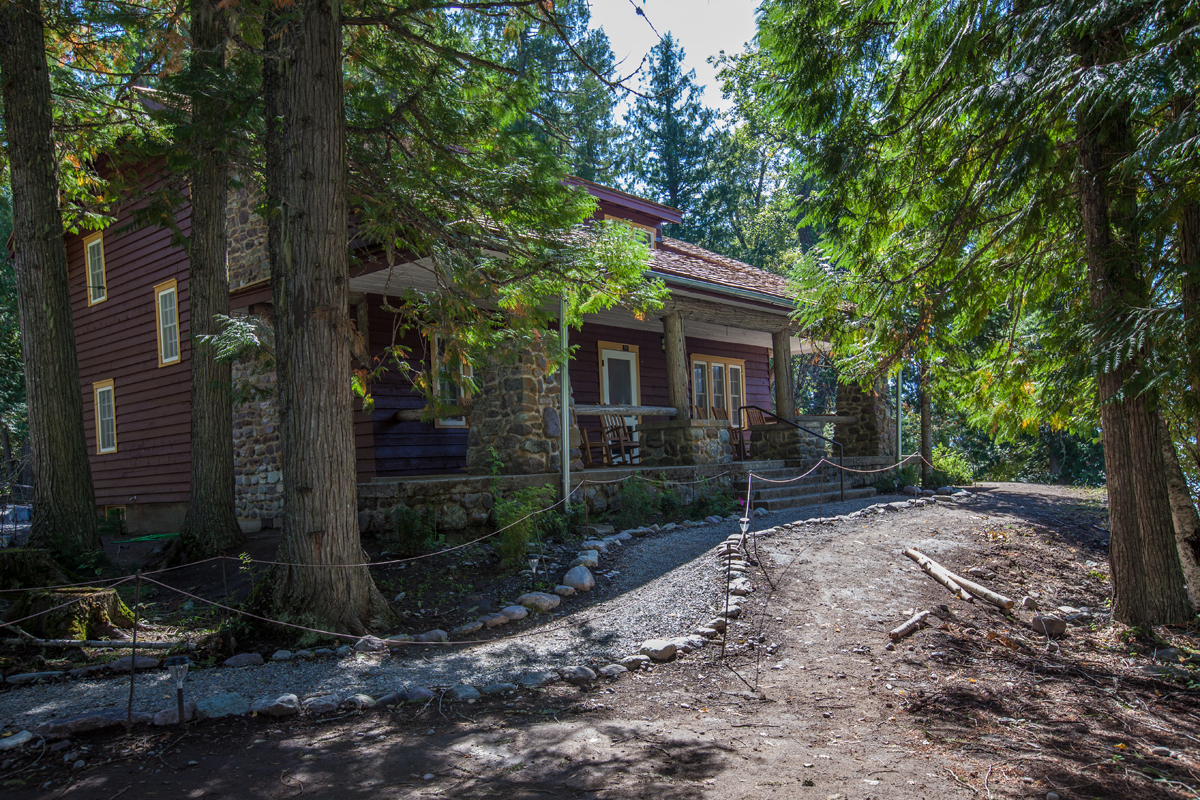 The hotel is the second one on the site. The first was built in 1895 by George Snyder. The current building was constructed in 1914 and its owner was John E. Lewis, who was a land speculator. Lewis, as well as other developers and railroad companies, wanted to build "destination resorts" in order to advantage of the increased demand for lodging at the newly created park. The hotel was named after him (Lewis Glacier Hotel) until 1957, when it was changed to its current name. The hotel was one of several that were built in and around the park. It has undergone changes over the years but has remained largely intact and still contains many of its original furnishings. It was designated a National Historic Landmark and named to the National Register of Historic Places in 1984.