The Mission Inn opened in 1876 as a 12-room adobe boarding house in downtown Riverside. In the decades that followed, the Mission Inn Hotel & Spa has become one of the most famous full-service hotels in the nation, with 238 rooms and suites that feature a uniquely Californian style. World leaders, famous actors and athletes, and several US presidents have stayed at this hotel, which is believed to be the largest Mission Revival Style building in the world. It is a city and state landmark, is listed on the National Register of Historic Places, and is a National Historic Landmark.

The plaza of the Mission Inn is one of the most famous hotels in the country, hosting numerous presidents and celebrities of the years. 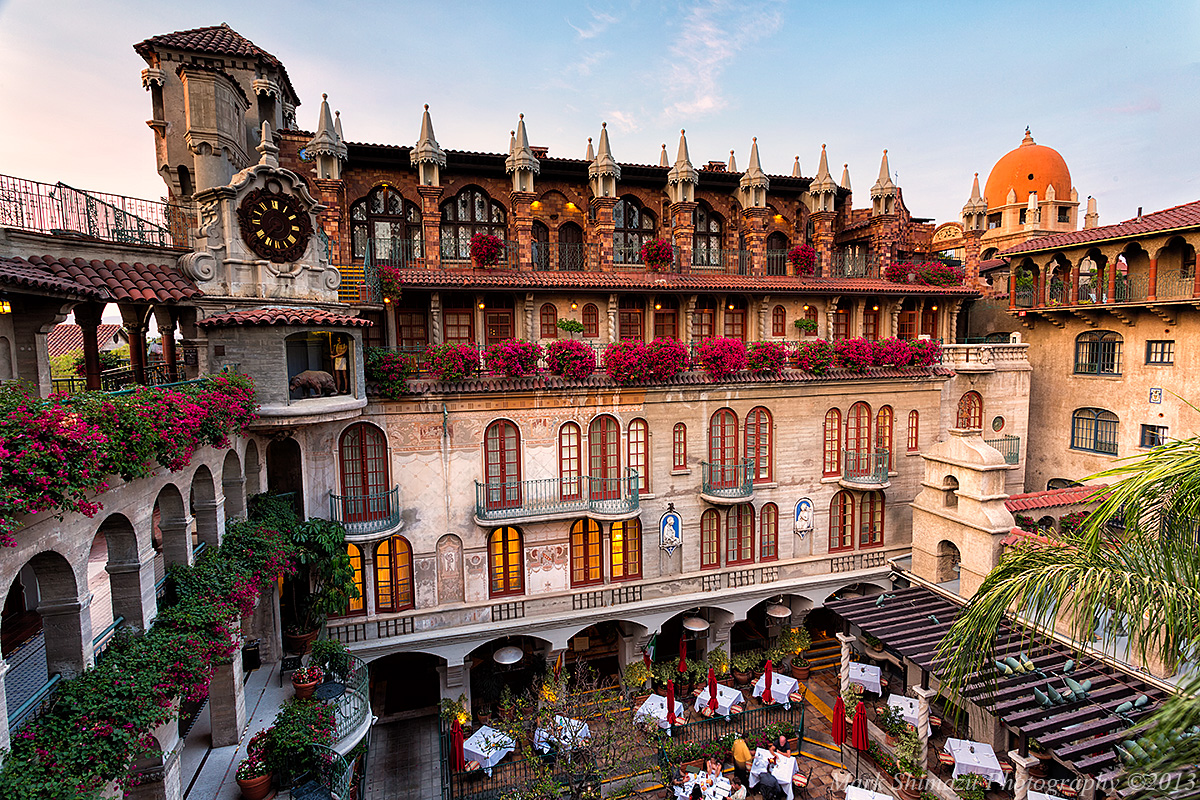 Aerial view of the Mission Inn Hotel and Spa 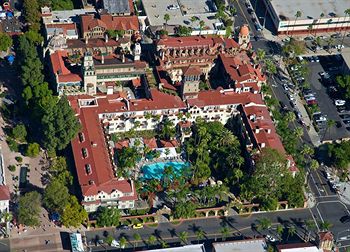 Exterior of the Mission Inn 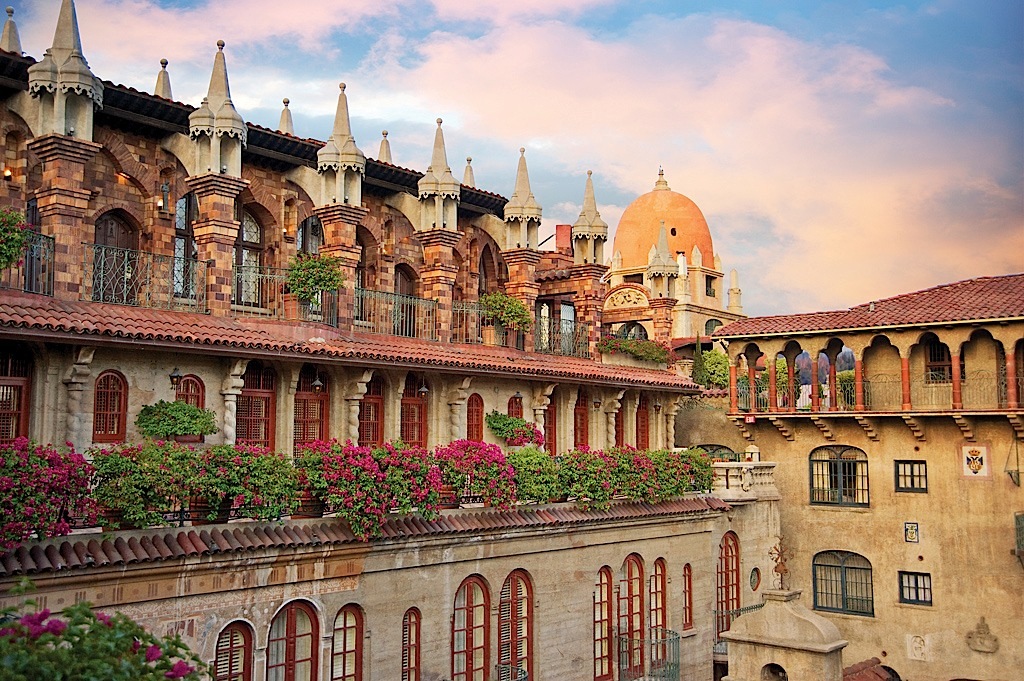 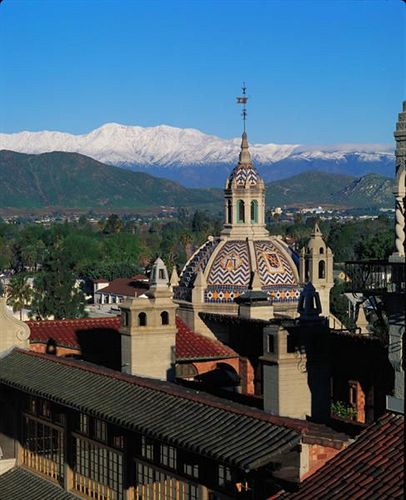 Built in a period during which many wealthy American and European businessmen were moving to California due to the state’s warm climate and the rise of its citrus industry, the Mission Inn was constructed by civil engineer Christopher Miller. At that time, it was called the Glenwood Hotel. Miller’s son, Frank Miller, inherited the 12-room adobe boarding house once his father passed away and renamed it The Mission Inn in 1902.

The younger Miller soon began adding to the structure. His vision incorporated many different architectural styles starting with the Mission Wing which was built in Mission-Revival style architecture and included different elements of the 21 California Missions. Miller went on to add three more wings to his hotel: the Cloister, the Spanish, and the final one in 1931, the Rotunda wing. Other styles featured in the construction of the growing inn included Moorish Revival, Spanish Colonial, Renaissance Revival, and Mediterranean Revival.

Frank Miller turned the simple inn into the Mission Inn Hotel & Spa that catered to the elite of the elite. As such, it has a long-standing relationship with the White House with the first U.S. president to stay there being Benjamin Harrison, and the second, Theodore Roosevelt. Subsequent presidents to stay at the hotel & spa include Hoover, Ford, McKinley, JFK, and Taft, who had a specially designed chair for his large figure that now serves as an iconic photo spot. In the lounge area, Richard Nixon married his wife Patricia and Ronald Reagan and his wife Nancy were also frequent visitors.

The list of past guests is not limited to presidents but extends to other world-famous leaders such as Albert Einstein, Susan B. Anthony, Henry Ford, Booker T. Washington, Joseph Pulitzer, and many more. Though the list of actors, comedians, writers is extensive, it is even more impressive for the role it has played in literature, songs, and movies. Multiple songs have been written about the Inn. It has been the setting for three novels and has an entire row of suites dedicated to the different writers who have sought refuge there. Five motion pictures have been filmed at this legendary hotel.