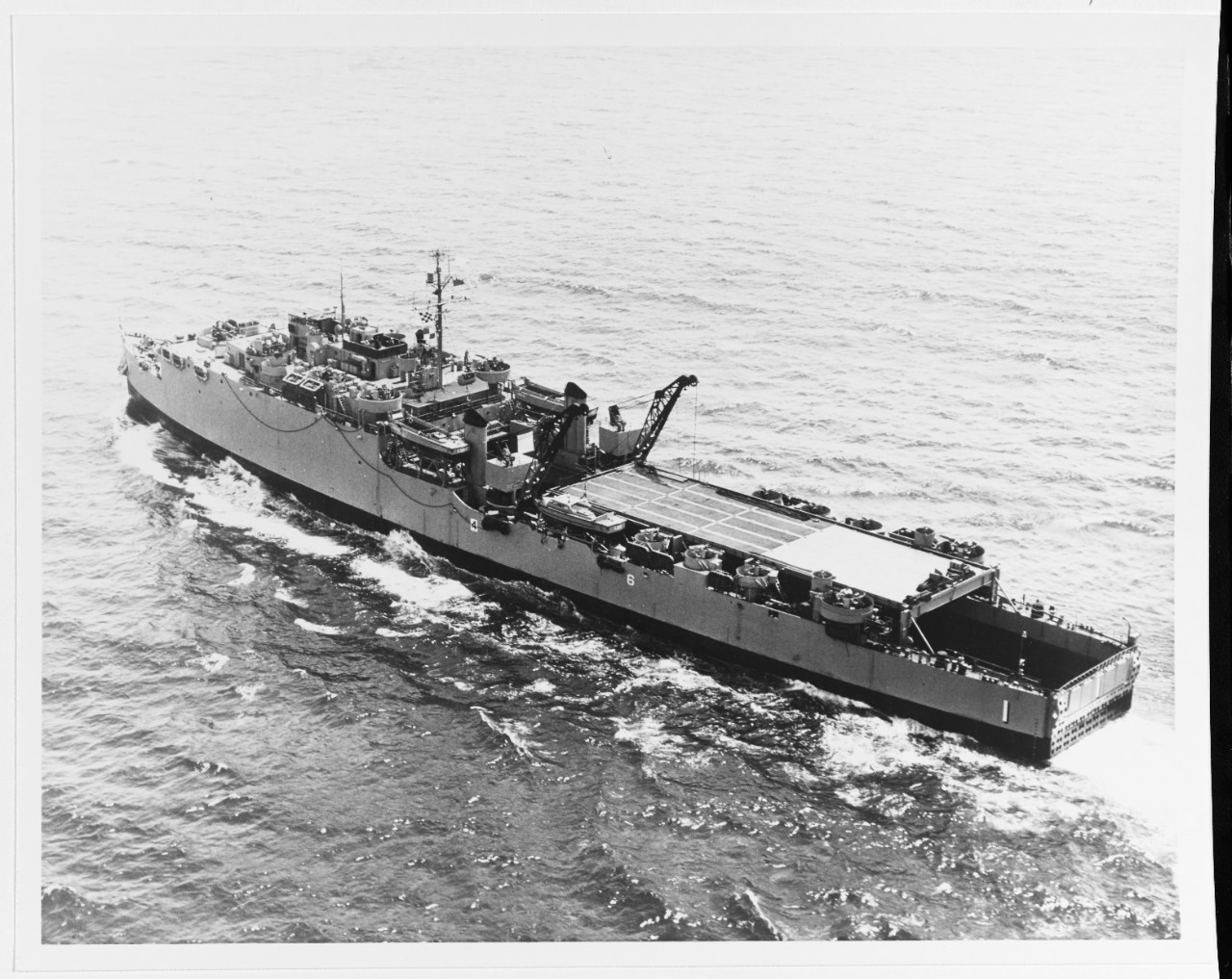 The bell from the original USS Ashland 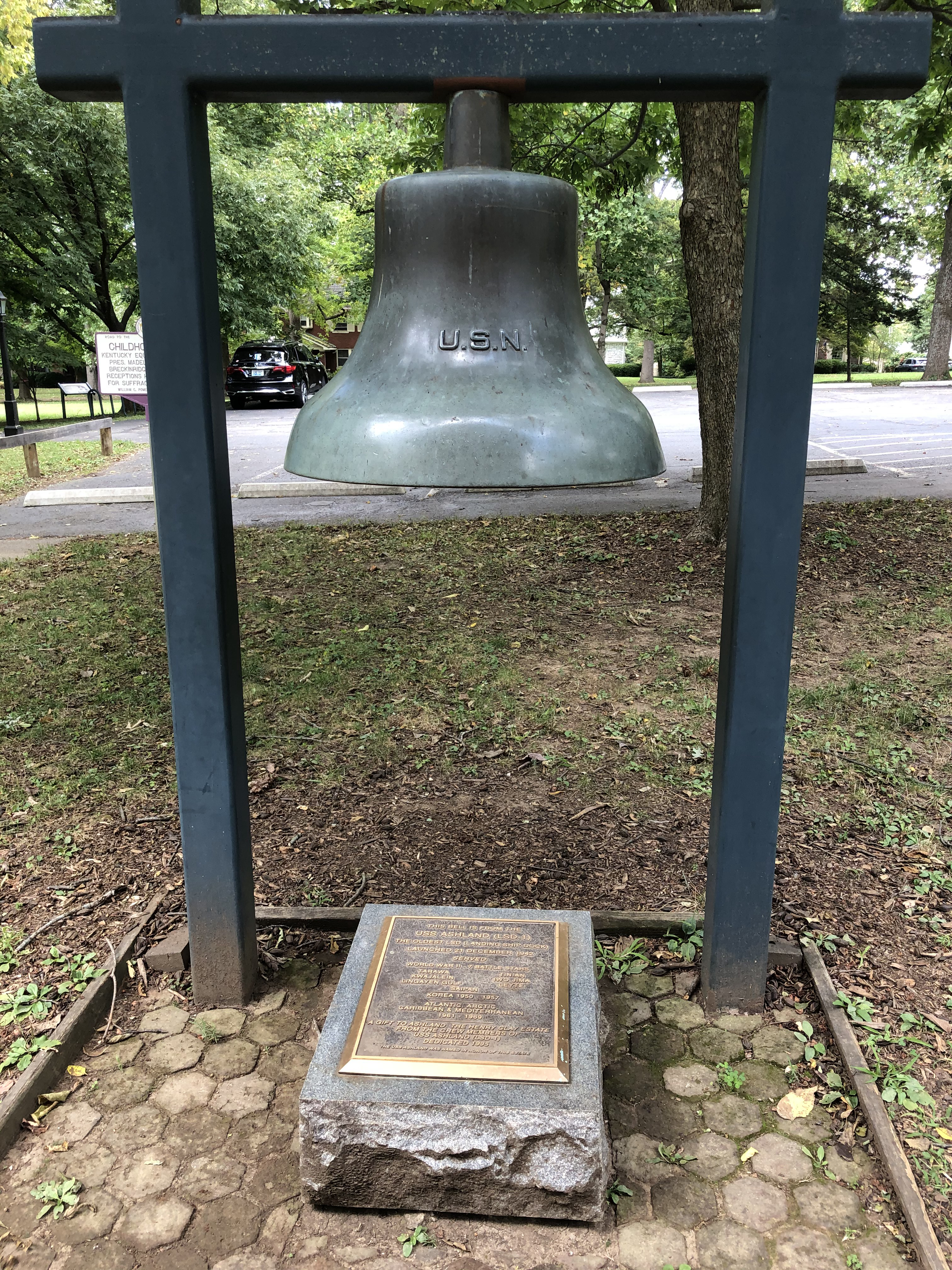 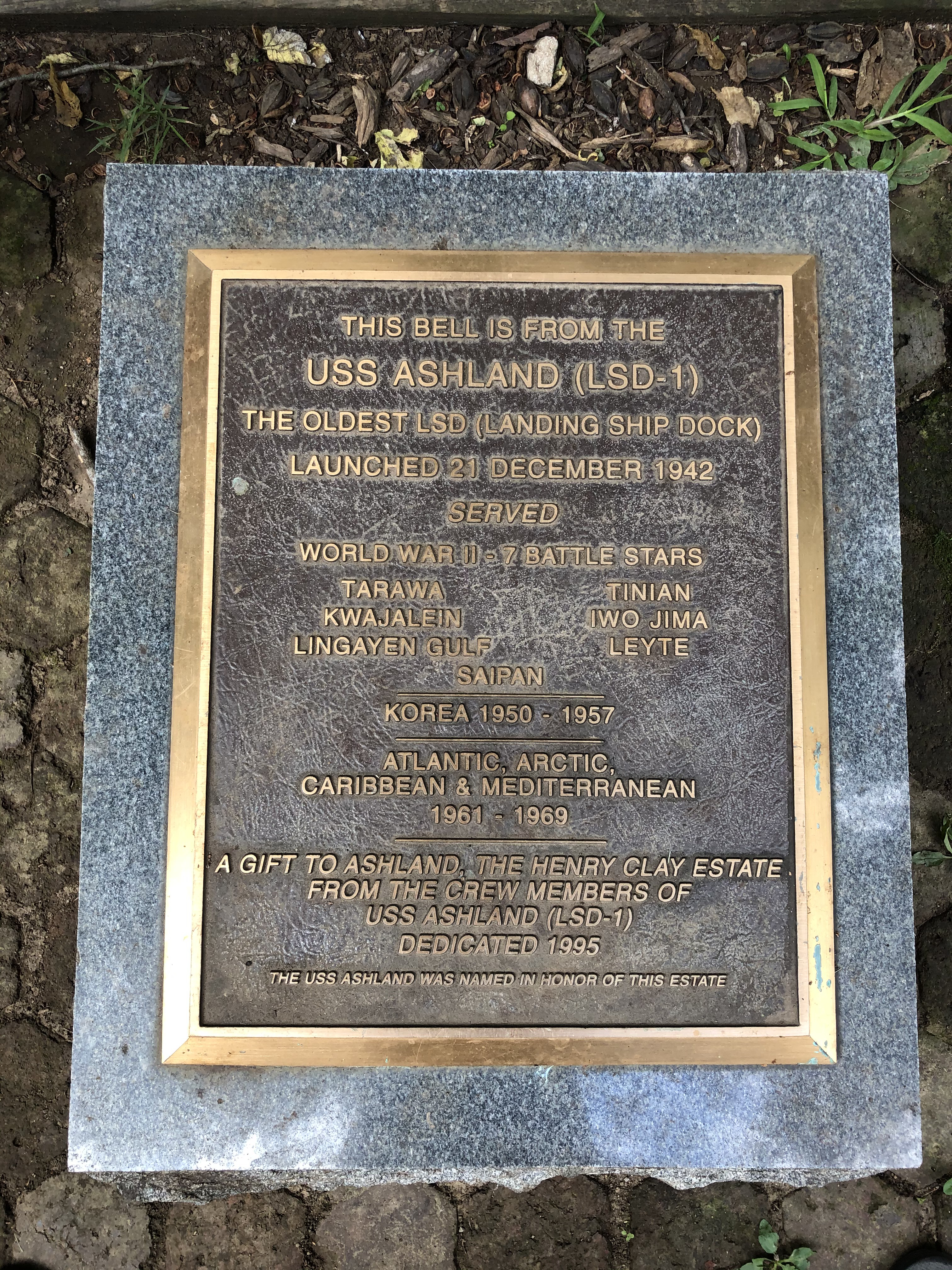 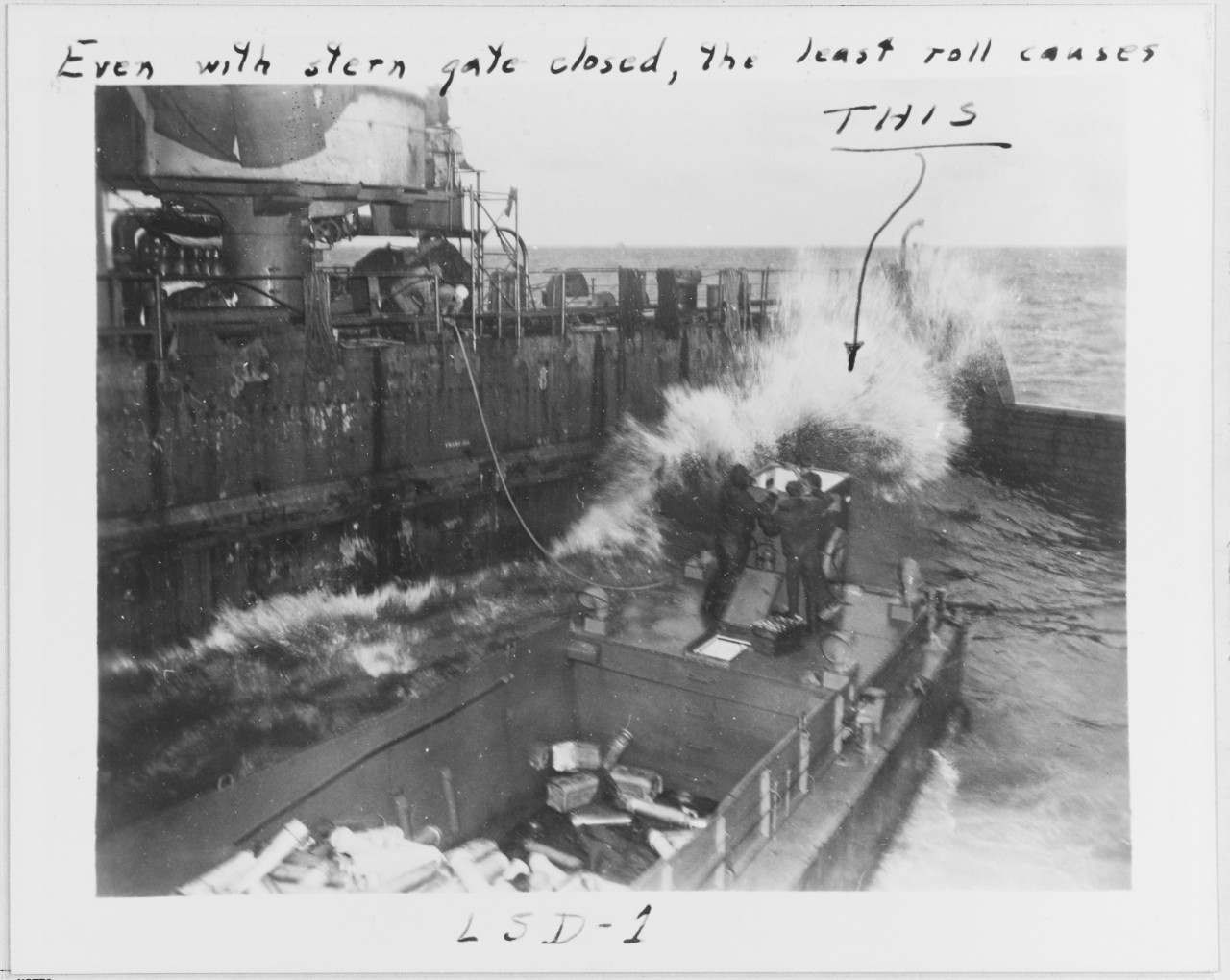 The USS Ashland was first launched in 1942 and was in service for 23 years. As the first LSD (Landing Ship Dock) model, the ship was a part of the Navy’s amphibious transport fleet which was designed to carry land, sea, and air vehicles for battle. When the ship launched, World War II had already been underway for 3 years. The ship and crew quickly began a series of deliveries and training exercises and began assisting in combat by 1944. During the war, the ship was involved in battles at Tarawa, Tinian, Kwajalein, Iwo Jima, the Lingayen Gulf, Leyte, and Saipan and was awarded a battle star for each.

After the end of World War II, the USS Ashland was out of commission and in reserve at San Diego from 1946-50.  After being reinstated in 1950, the ship executed a number of transport missions in Korea through the 1950s. In the following decade, the ship would transport personnel and equipment for missions throughout the Atlantic, Arctic, Caribbean and the Mediterranean.

The USS Ashland’s bell is now on display on the grounds of the Ashland Estate. It was donated to the estate in 1995. The second USS Ashland, which is also an LSD model ship, was launched in 1989 and is still in service today.