La Plaza de Mesilla is the center of this border community that at first glance may appear to be frozen in time with historical adobe buildings architecture dominating the town. The town may be best-known among historians as the short-lived "capital" of the Confederate Territory of Arizona. Mesilla was also a gathering place for nomadic tribes such as the Apaches. Mesilla later came under Spanish rule and became part of Mexico following independence from Spain. After the Mexican-American War of 1848, Messila became part of Texas and for a short time was part of the Confederate States of America. The town reflects this history and the central plaza includes a number of markers and other physical spaces and artifacts that reflect the diversity of Mesilla's past. 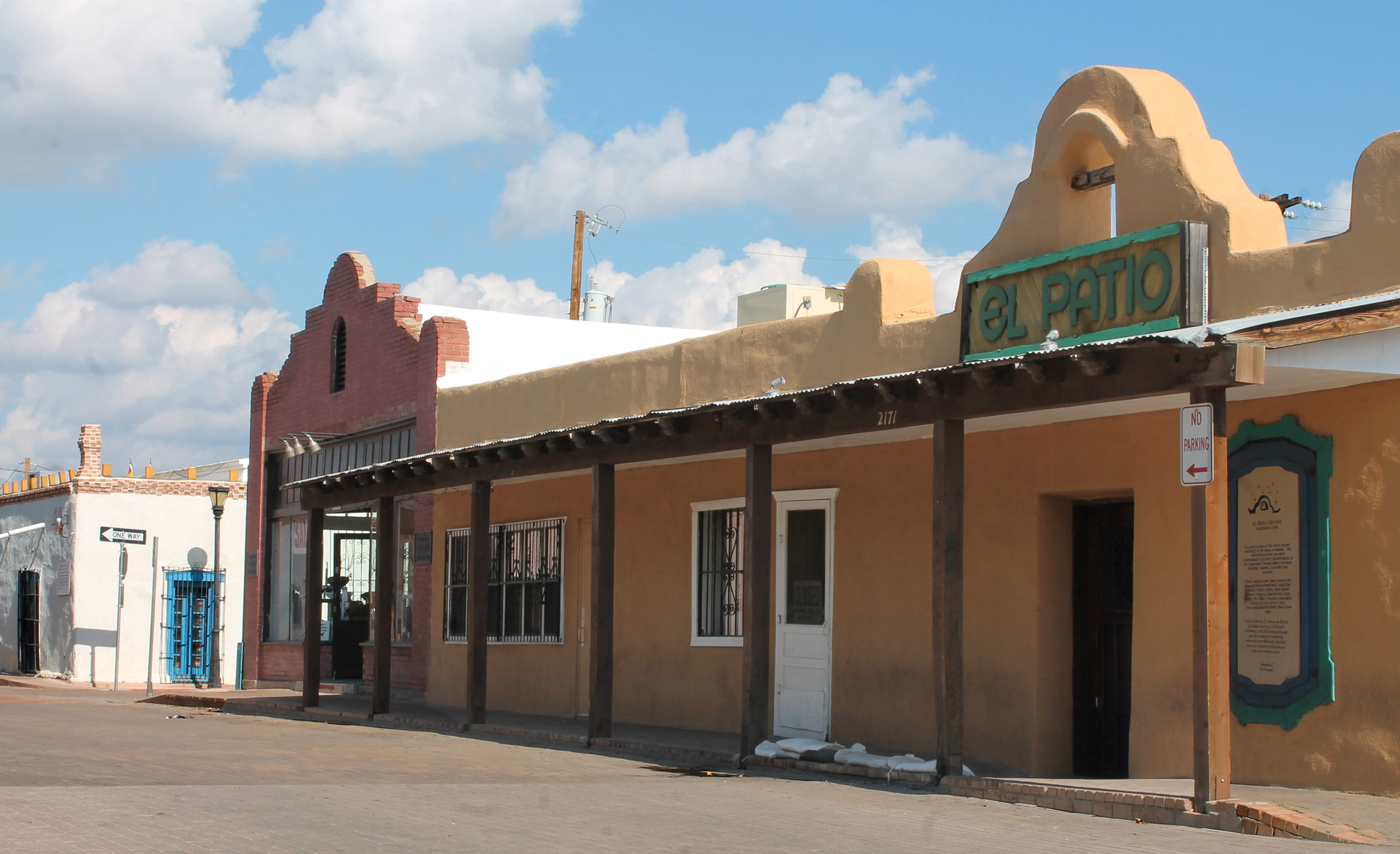 La Plaza de Mesilla with 1906 Basilica of San Albino in the background. 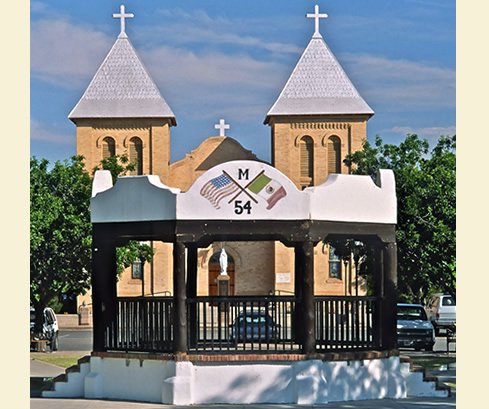 Mesilla was established along Mexico's northern frontier in 1848. Isolated as it was, it was an easy target for Apache Indian raids and attacks. That, however, did not prevent the town from growing following the 1846 Mexican-American War, which left a lot of formerly Mexican land now under American control. Many loyal Mexican pioneers moved south to Mesilla, which was still under Mexican control (though the U.S. also claimed the area) to face the Apache raids, rather than lose their Mexican identity. Ironically, Mesilla flourished economically due to its close proximity to the American Fort Fillmore. It also became a major stop on the Chihuahua Trail, bringing in visitors and merchants.

The Gadsden Treaty of 1854, however, made clear that Mesilla was and would be forevermore a part of the United States. On November 16, 1854, the American flag was raised above the town plaza.

However, on July 25, 1861, Colonel Baylor, Commander of Confederate Troops, entered Mesilla, while the Union troops fled Fort Fillmore. The Confederate flag now flew over Mesilla, as a part of the new Confederate territory of Arizona. The Confederate experience, however, was short-lived in Mesilla, when in March, 1862, Confederate troops retreated back again to Texas. Mesilla had no further involvement in the Civil War, as it returned to its American status.

Following the Civil War, Mesilla returned to being both a cultural and transportation center for the region. It also firmly earned its reputation as part of the "Wild West," with disagreements settled by gun and outlaws such as Billy the Kid. However, bullfights, dances, and theater productions continued to attract visitors from far, despite the "wildness."

In 1881, however, it was determined the new railroad tracks would not go through Mesilla, going instead through the town of Las Cruces. Thus, it became that time seemed to freeze, as Mesilla stopped cold in its years of development. The lack of growth, however, in addition to the stabilization and restoration projects which began in the 1950s, have allowed the town of Mesilla to maintain its unique character. Today a walk around the town plaza showcases the old Mexican feel, the pioneer spirit, and a by-gone era. A visitor will enjoy the multicultural experience of the beautiful adobe buildings and the many festivals.