The El Camino Real Historic Trail Site tells the history of the 1500-mile trade route that extends from Mexico City to San Juan Pueblo/Ohkay Owenge, is one of the oldest trails in the United States, and for more than a century, one of the longest. Designated a national historic trail in 1993, it is one of New Mexico's most important cultural artifacts. Using a series of Native American footpaths used for trade between the indigenous people of Tenochititlán/Mexico City and Chaco, Spanish explorer Juan de Oñate "blazed" the northern portion of the trail into what is now New Mexico in 1598, and claimed the land for Spain. The Trail Site and visitors center tells the fascinating story of more than three centuries of cross cultural trade and commerce. By foot, oxen, mule, and railroad train, the trail linked Spain, Mexico, and the United States. The award-winning building is set amidst the pristine Chihuahuan Desert north of the Jornada del Muerto and houses a remarkable exhibit that takes visitors on a virtual journey along the historic trail from Zacatecas, Mexico to Santa Fe, New Mexico. Discover the indigenous people encountered by the Spanish and the impact the arrival of the Spanish had on the formation of New Mexico. Remnants of the early journey remain today in hand-hewn carts, tools, leather water jugs, and religious altars and objects that accompanied the travelers into the northern territory. Venture through art and artifacts, previous treasure from the frontier of New Spain. Experience the journeys of Native Americans, Spaniards, Mexicans, the military fort period and the first Anglo settlers from the Eastern United States, through first-person stories and the art and objects they brought with them. Discover the conflict, the confluence of cultures, and the ideas that have forged New Mexico, the Southwest, and the nation. 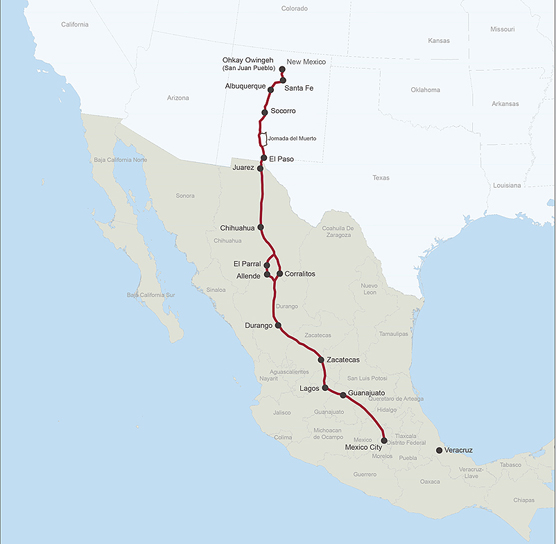 The Bow Mast of the building that was purposefully designed like a ship because travelers on the trail felt like they were sailing on a ship when they walked trough the desert lands. Courtesy of Friends of the Ekl Camino Real Historic Trail 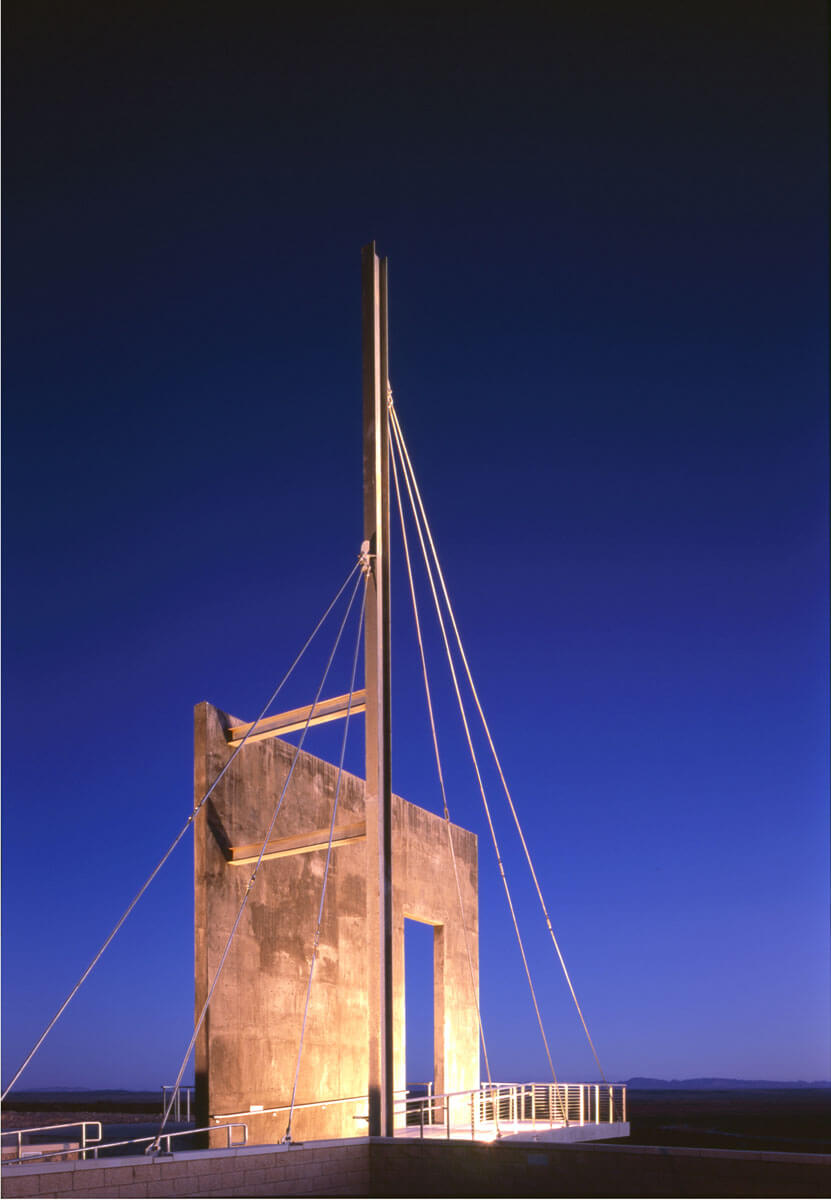 One of the exhibits at the Museum: The "Tienda" where visitors see what materials the trailblazers needed to survive in New Mexico. Courtesy of Friends of the El Camino Historic Trail. 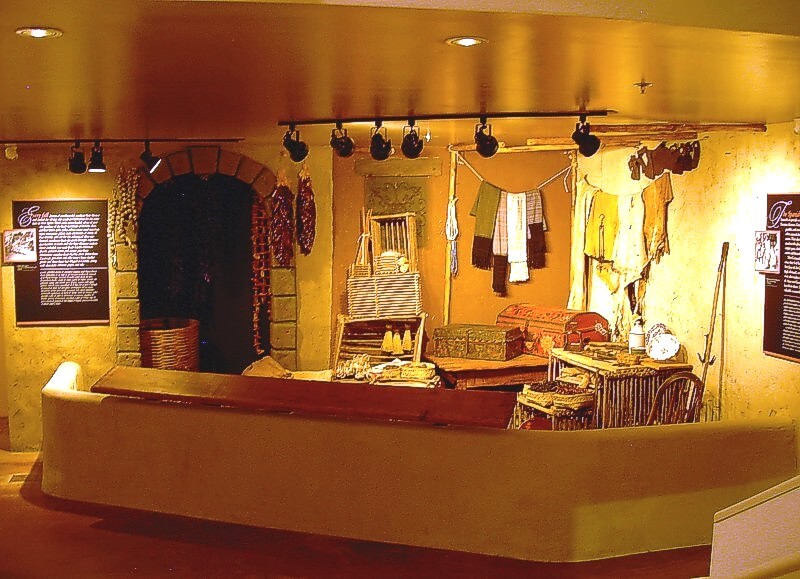