The Vinton History Museum is dedicated towards preserving the history of the Town of Vinton, Virginia and the surrounding communities in the Roanoke Valley. Housed in the Upson Home, it is operated by the Vinton Historical Society. The museum contains thousands of items dating from the 19th and early 20th centuries. These include period clothing, indian arrowheads, photographs, and china. The museum also contains memorabilia from the towns high school, William Byrd High School. Most of the items in the museum were donated by residents. 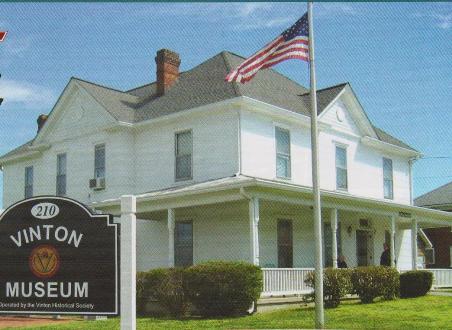 Local residents established the Vinton Historical Society in 1984 with the goal of preserving local history. The society opened the museum 1989 after the city acquired the Upson House a year earlier. It was built by J.H. Upson in 1899. Upson ran a general store not far from the house. His daughter donated the house to the Town of Vinton so it could used for public or municipal purposes. She died in 1993. It does not appear that the Upson House is either a state or national landmark.