The Cincinnati Art Museum was founded in 1881 at a time when art museums for the public were much less common then they are today. Following its official opening in 1885, it became known throughout the world as "The Art Palace of the West." Over the years it has acquired thousands of diverse pieces by way of donations. The museum offers a number of programs open to the public as well as access to the relatively new Mary R. Schiff Library and Archives.

Exterior view of the CAM 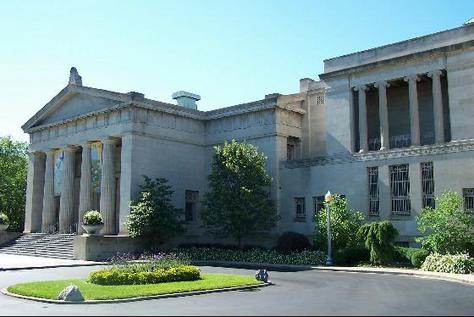 Exhibition Space at the CAM 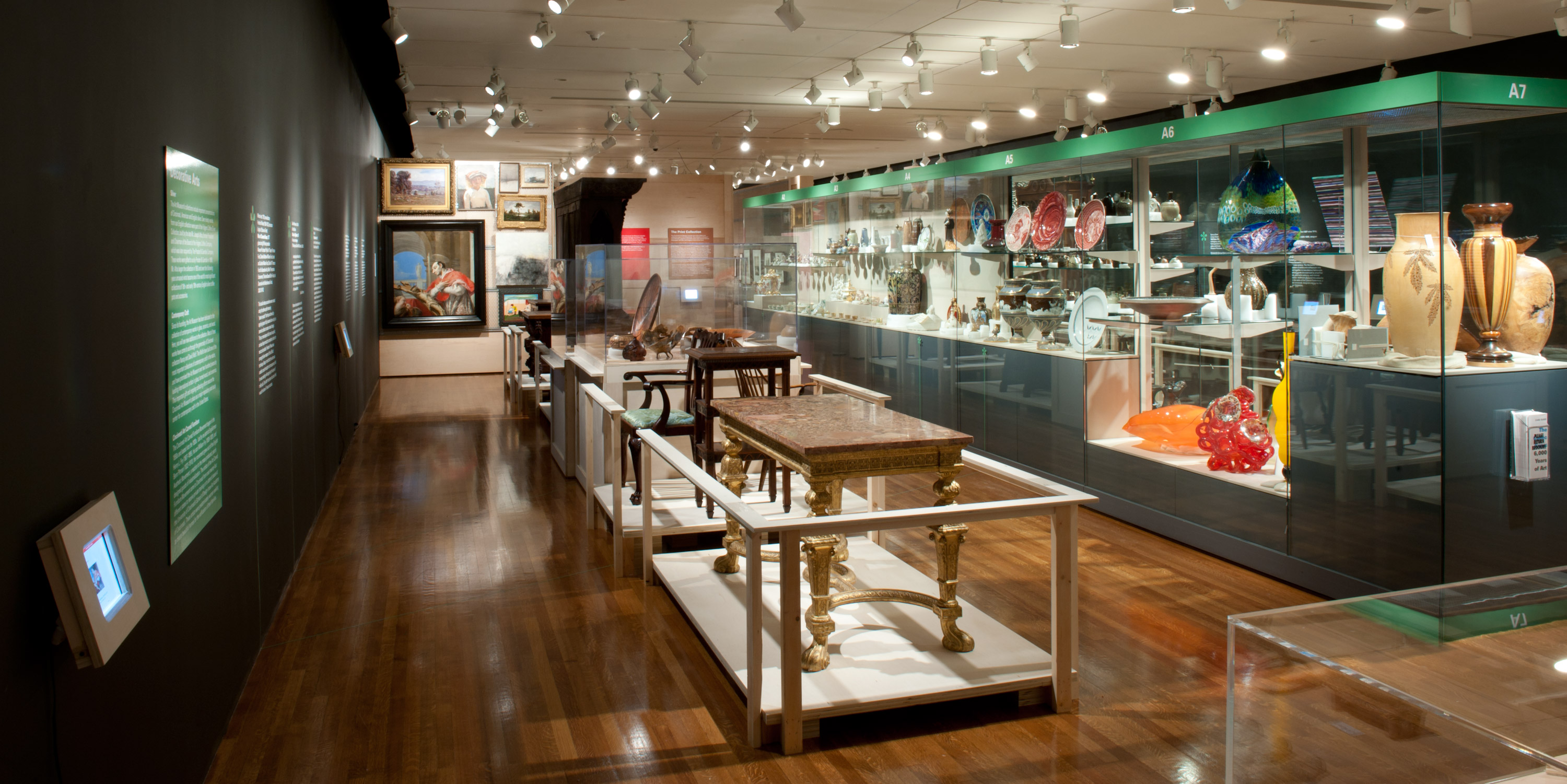 Interior view of the CAM

Map of Centennial Exhibition in 1876 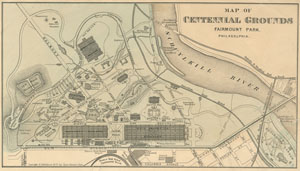 On May 10, 1876, the first World's Fair of its size to be held in America opened in Philadelphia. The 1876 Centennial Exhibition, originally known as the "International Exhibition of Arts, Manufactures and Products of the Soil and Mine," celebrated a century of American cultural and industrial progress. The Fair's massive scale was impressive at the time with over 250 pavilions housing exhibits from 37 nations, and five major buildings each showcasing a different progressive theme. Almost nine million people visited the fair, and word of its popularity spread across the nation. It influenced Americans to continue cultural and industrial progress. A group of women formed the Women's Art Museum Association in Cincinnati after taking inspiration from the Centennial Exhibition. Their purpose was to found a cultural institution for the public such as they had seen showcased at the World's Fair.

The Cincinnati Museum Association was founded in 1881 after years of persistence. Through the Association's efforts, they established the Cincinnati Art Museum in 1886. Situated in Eden Park, the Museum was revolutionary for its time. Public art museums were rare in the late nineteenth century, especially in an area that was as far west as Cincinnati. Nonetheless, the Museum found community support through their donations, leading to their collections numbering in the tens of thousands, and making it necessary for the building to expand.

Throughout the twentieth century, the Museum underwent many renovations. Beginning in 1907 and spanning to present day, the building expanded with the addition of six different wings (Schmidlapp Wing, Emma Wing, French Wing, Hanna Wing, Great Hall and the Adams-Emery Wing), and larger exhibition spaces. By 2003 the building's collections had grown to be the largest in Ohio, numbering over 60,000 pieces. Today, their collections have almost doubled, numbering over 100,000 items. The Museum is home to the Mary R. Schiff Library and Archives, and offers numerous educational programs for adults, families, teens, and teachers. Additionally, they offer accessibility programs and that allows everyone to access the Museum's collections. Furthermore, their efforts to connect with the community are realized through the Museum's Community Outreach program that allows the staff to bring art and culture to the community (libraries, festivals, schools, community centers).

The Cincinnati Art Museum's enormity and cultural importance reflect the influence of American cultural progression seen at the 1876 Centennial Exhibition. Visitors to the Museum can experience history, culture, and art in a transformative and influential way. The CAM is open Tuesday-Sunday from 11am-5pm.

"The Centennial Exhibition: Overview." The Library Company of Philadelphia. http://www.lcpimages.org/centennial/