Bear's Mill was built in 1849 by Gabriel Baer. Today, it is one of the last functioning, water-powered mills in Ohio. Grain is ground into flour with the use of Bear's water-powered mill just as it had in the 19th century. Bear's Mill is now a museum that offers historic tours and a market that sells Bear's flour, coffee, unique clothing and jewelry.

Grinding stones inside of Bear's Mill 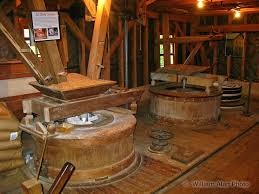 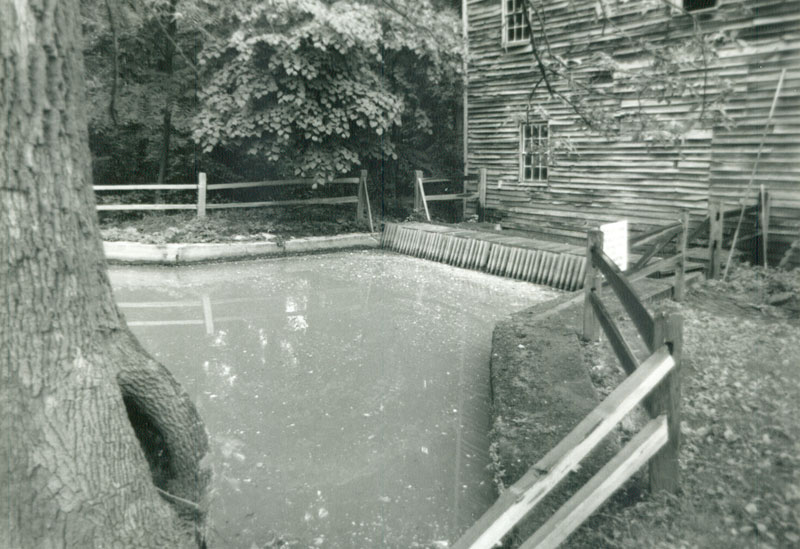 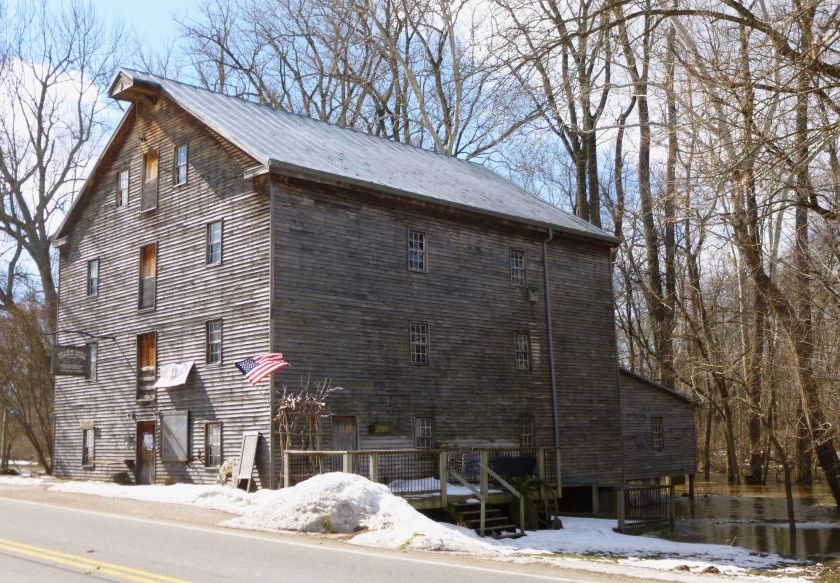 Milling in Ohio began in the late 1700s. Ohio's landscape is perfectly suited for milling with it's many streams and forests. Settlers attempting to build mills were often halted by Native American attacks. As more and more people settled the region the pace of construction  picked up. During the 1800s Ohio mills thrived, at one point numbering close to 2,000. The gristmill industry produced meal from corn and flour from wheat. Ohio's grist milling declined in the twentieth century, and few of the original mills remain today.

Bear's Mill was built in the mid-1800s when the milling industry in Ohio was still flourishing. The mill is one of the last water-powered mills that continue to run in the region. Gabriel Baer, a well-known miller from Pennsylvania, purchased the land where the mill now resides. Prior to Baer's purchase, construction of the mill had already begun. The previous land owners, Moses and Manning Hart, started the building process; however, it was finished by Baer, his son, and son-in-law. The millrace, a water channel that carries the current responsible for powering a mill wheel, was dug by school children who were each paid fifty cents a day by Baer. The mill opened in January of 1950, and Baer's son-in-law ran the operations of the mill with Baer overseeing him. The pair controlled the mill for almost a decade.

The mill was purchased in 1862 by Jesse Tillman and John Townsend. However, because the two had fears that Confederate soldiers would invade Ohio during the Civil War, Tillman and Townsend only ran the mill for a few years. In the decades that followed, the management of Bear's Mill often changed. Then, in 1884 the mill was sold to Marcellus Cromer, who owned and operated the property for sixty-five years. Before his death in 1947, Cromer leased the mill to Charles Andrews, who later took over full ownership. In the 60s Andrews challenged the city of Greenville when he pointed out that the creek responsible for powering his mill was being contaminated by the city, therefore, weakening it's water flow. The city refused to do anything about his concerns which led to Andrews and his wife pursuing legal action. They won their case at the Ohio Supreme Court almost a decade later. The decision was the first of its kind in Ohio.

In 1978 Terry and Julie Clark were the last citizens to purchase the mill. The couple managed operations for two decades before starting a non-profit organization, Friends of Bear's Mill, that allowed the historic structure to remain open to the public. Bear's Mill continues the mission started by Friends of Bear's Mill in 1999 by offering tours and educational programs showcasing the property's history that has spanned over two centuries.