Located in Bedford, Virginia, the National D-Day Memorial is dedicated to the soldiers who perished in the Allied invasion of Normandy, France on June 6, 1944. It is located in Bedford because the town suffered the highest per capita losses in the country during the invasion.

Aerial view of the entire memorial 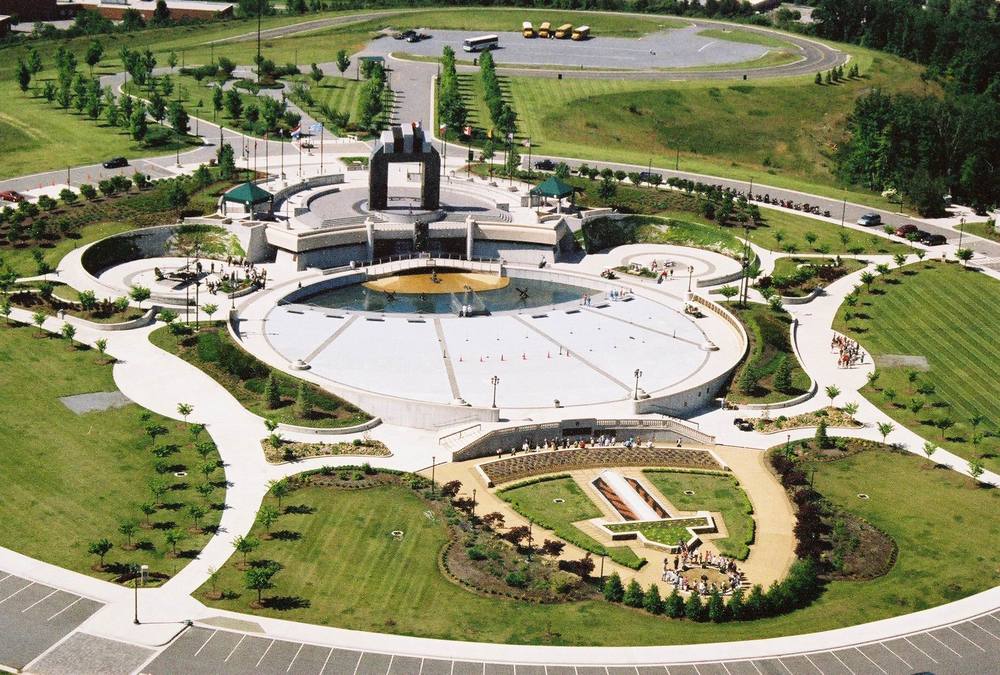 The arch, inscribed with "Overlord", the name given to the invasion 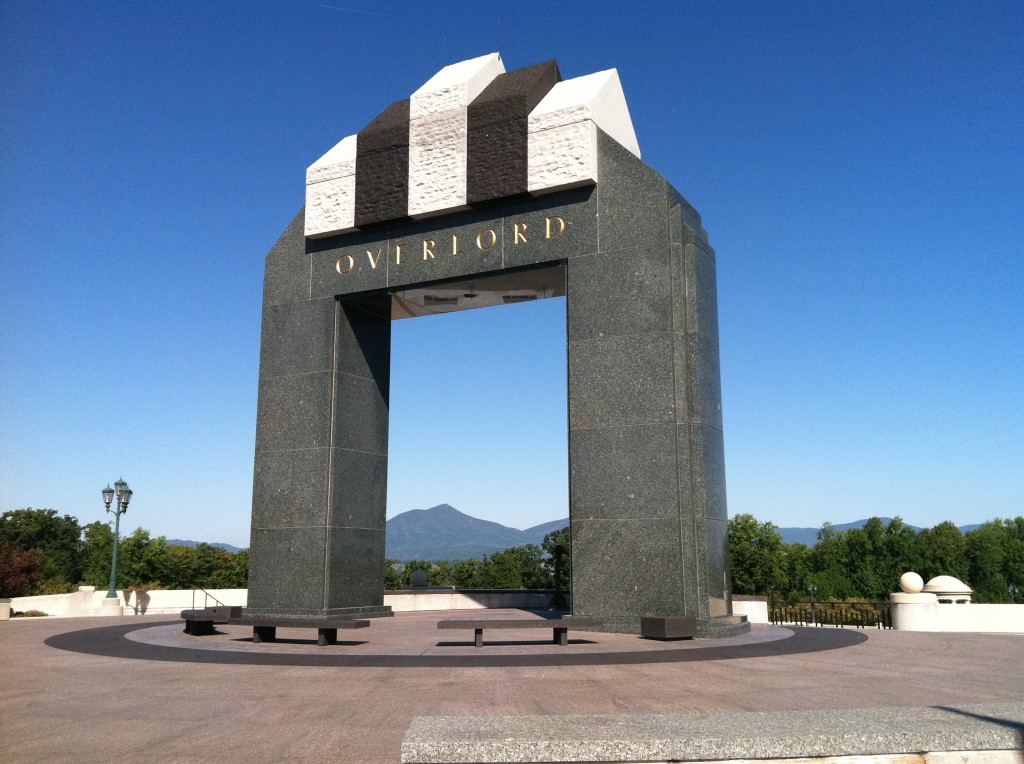 President George W. Bush and his mother, Barbara, laying a wreath at the memorial on June 6, 2001 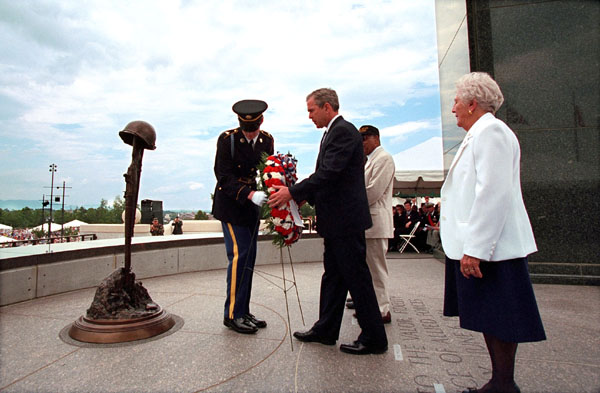 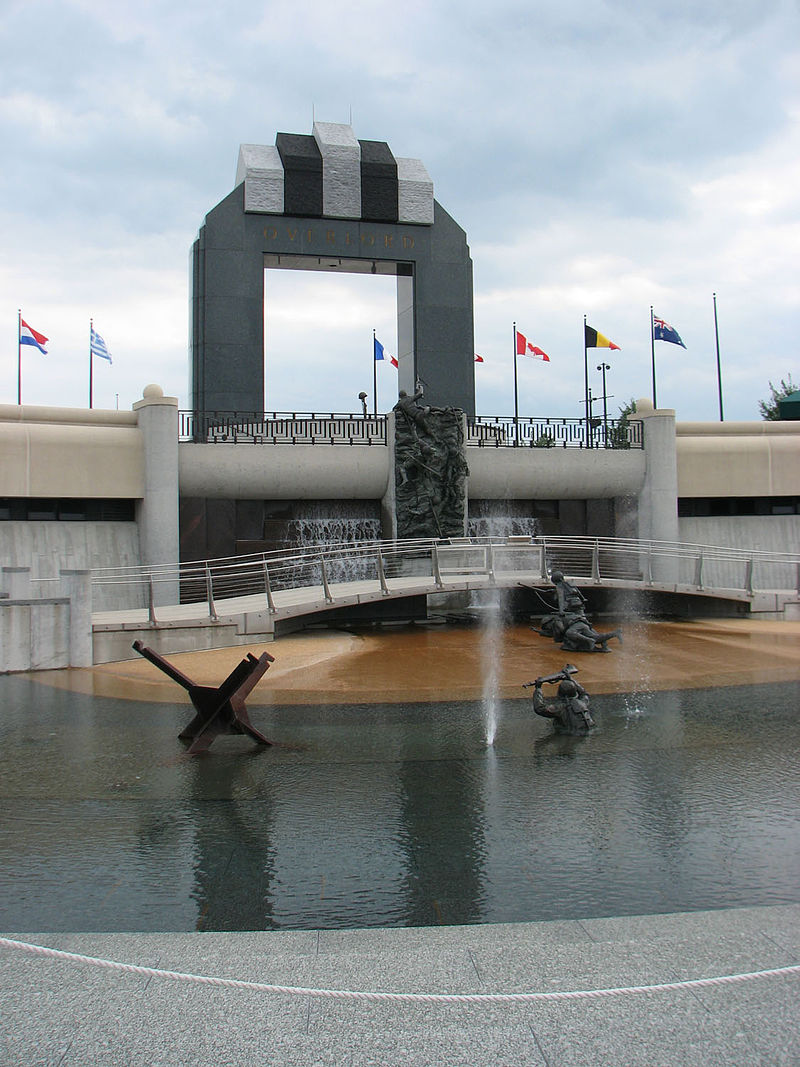 The idea for the memorial began in 1988 when the National D-Day Memorial Foundation was established. The process gained some steam when, in 1994, the town of Bedford donated some land for the memorial. From that point forward it took seven more years to raise the $25 million dollars and construct the memorial. Finally, on June 6th, 2001, the memorial opened and was dedicated in a ceremony lead by President George W. Bush. At the ceremony, George Bush gave a powerful speech, which included this quote that resonated with many Americans: “Fifty-seven years ago, America and the nations of Europe formed a bond that has never been broken. And all of us incurred a debt that can never be repaid. Today, as America dedicates our D-Day Memorial, we pray that our country will always be worthy of the courage that delivered us from evil and saved the free world.”
The National D-Day Memorial is a very large memorial–88 acres—and comprised of three plazas. One is dedicated towards the planning and preparation of the invasion, another depicts statues of soldiers landing and fighting in an invasion pool, and the third plaza has a recreation of a Higgins aircraft that was used during the invasion.These three plazas take viewers through the politics and peril that encompass the time period of the war. The most prominent feature of the memorial is the 44 foot tall arch which is inscribed with the word Overlord, the name given to the invasion. Names of the American and other Allied soldiers who died are inscribed on two short walls in the center of the memorial.
The memorial is now apart of the most popular war memorials within the United States, receiving approximately 60,000 visitors annually.

Open daily from 10:00 AM to 5:00 PM with the exception of Monday closings beginning in December and through the end of February. Closed on Christmas Day, New Years Day, and Thanksgiving Day. The Memorial closes at noon on Christmas Eve and New Year's Eve.