The Doggie Diner Sign is one of the last original fast-food chain signs in America. The idea of of a quick, cheap meal was new to Americans in the 1920s and 30s with the creation of popular restaurants such as McDonald's and White Castle. More and more fast-food restaurants began opening in the 50s with it's growing popularity, among them were Burger King, Kentucky Fried Chicken, and Doggie Diner. Doggie Diner originated in the San Francisco Bay Area and opened twenty-six locations over approximately forty years. The company had plans to open locations across the country; however, being a unionized chain, the Doggie Diner could not compete with non-unionized chains, such as McDonald's. In 1986 the final Doggie Diner closed. The sign marks the Doggie Diner's legacy as one of the first fast food chains in America. 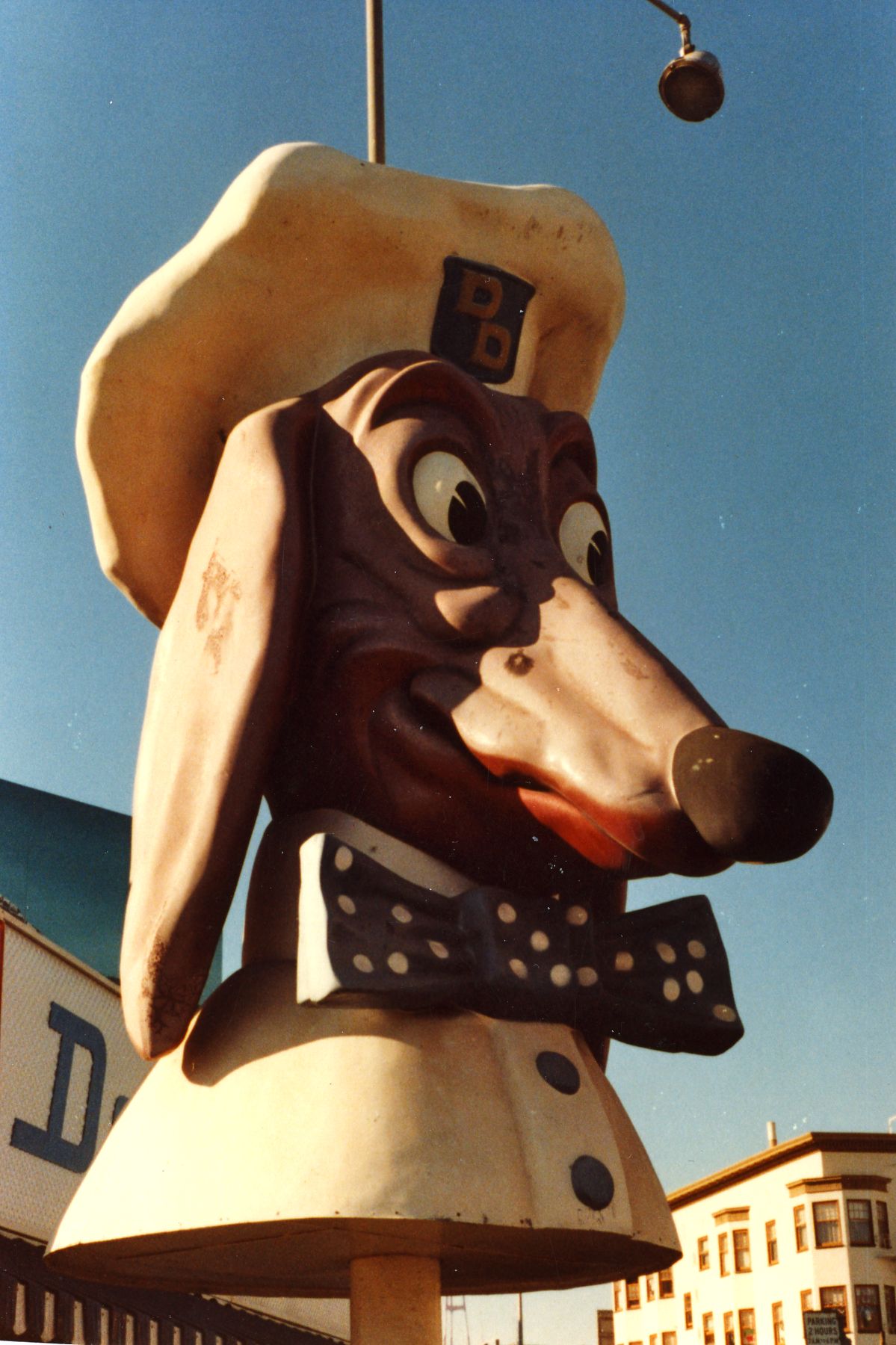 Restaurant founder Al Ross began his fast food chain career in 1948, selling hot-dogs out of a stand near Castlement High School. By the 1960s, Ross had developed the stand into a full-fledge dine-in restaurant with a parking lot.

According to noehill.com, actress "Phyllis Diller was known to regularly visit the Doggie Diner in her limousine and send her chauffeur in to buy a Chili Cheese Burger. Diller liked the burger so much she sent the company a letter of support that they used in their advertising."

During the Korean War, the Doggie Dinner company sent their food wrappers overseas to the soldiers so that they could eat their rations in them. This was an effort to remind the men abroad of "drive-ins, hamburgers, necking in the back seat, making the world safe for democracy and all the other things they were fighting for."

Eventually, Ross had opened 26 locations, with only one located outside the Bay Area in Stockton. Unfortunately, because the restaurant was a unionized establishment, Ross had trouble competing with other restaurants like McDonalds and Burger King in national expansion. By the 1980s, multiple Doggie Dinner locations were closed, and the last one closed in 1986.