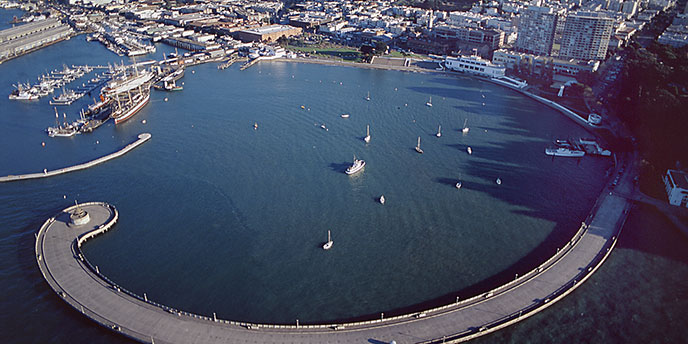 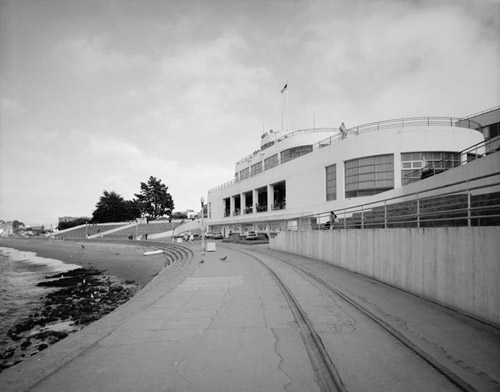 Image of the Balclutha 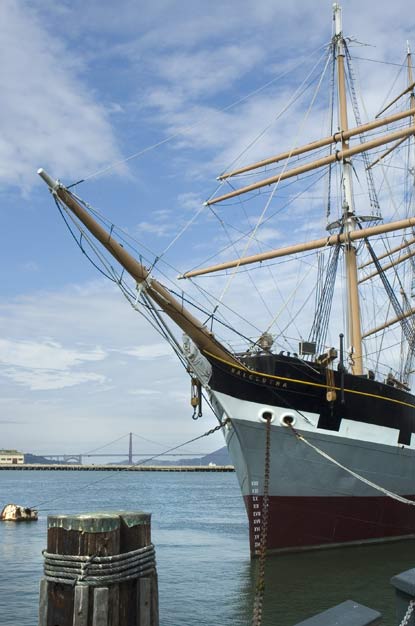 The Works Progress Administration (WPA) was established in 1935 by President Roosevelt as one of the programs under the New Deal. The New Deal was created to rehabilitate the nation's economy after the Great Depression. The mission of the WPA was to employ American's who were out of work. Those who found employment through the WPA, over 8.5 million people, were paid an average salary of about $41.75 a month to build bridges, roads, public buildings, parks, monuments, airports, etc. Artists, writers, musicians, and those involved in theater were also supported by the WPA, and were employed to incorporate more culture into American society. The program was canceled in 1943, but not before spending eleven million dollars in employment relief and greatly improving the American people's financial situations and attitudes.

Construction on the Aquatic Park Historic District began in 1936 and was one of California's largest WPA projects. It was built between 1936 and 1939 and included WPA artists and architects in it's design process. At the center of Aquatic Park is the Bathhouse building designed in Streamline Moderne style (similar to Art Deco but with a focus on horizontal plane and movements seen in automobiles, planes, trains, and ships) with a maritime theme that reflects the structure of an ocean liner. The Bathhouse was originally the Aquatic Park Casino with a restaurant and bar; however, the building was taken over by the military in 1941 at the start of U.S. involvement in World War II. After seven years of troop occupation, the Bathhouse became home to the Maritime Museum and senior center in 1951. The museum displaying 1930s art was originally managed by the San Francisco Maritime Association until 1978 when the National Park Service took over operation. The museum is open daily to the public.

In addition to the main Bathhouse building, the park also includes the Aquatic Park Cove, historic ships, Hyde Street Pier, and the J. Porter Shaw Library. Visitors can view eight historic ships from the late nineteenth and early twentieth centuries at Hyde Park Pier: Balclutha (1886), C.A. Thayer (1895), Eureka (1890), Bay Ark (1890), Alma (1891), Hercules (1907), Eppleton Hall (1914), Wapama (1915). The J. Porter Shaw Library is also open to visitors and offers access to it's collection digitally. Finally, the Aquatic Park Cove can be seen by visitors; however, allows only non-motorized and sail/auxiliary boats to anchor with an approved permit, and offers those who do anchor an incredible sight of San Francisco and the bay.

Aquatic Park celebrated it's 75th anniversary on January 22, 2014. The park regularly offers educational opportunities to those who would like to learn the history of the ships anchored at Hyde Street Pier. Those who visit the Aquatic Park Historic District are immersed in maritime history at every stop and can connect to San Francisco's history in a unique ad dynamic way.