This house was once the historic home of famed brick worker, George Black. Living in this house from 1934, until his passing in 1981, this home remains a well-known location for having housed a master craftsman such as Black, as can be seen by the old brickyard still on the property. It was added to the National Register for Historical Places in 2001.

A photograph of George Black and his delivery truck. 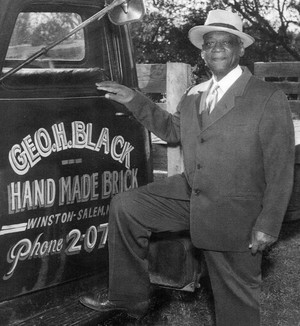 A photograph of George Black at his brickyard in 1956. 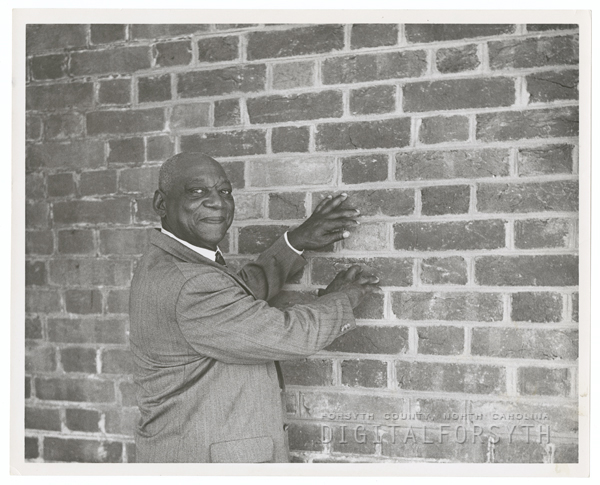 George Black was a renowned brick worker and craftsman in both the eighteenth and nineteenth centuries. He was the son of a slave, who moved to Winston-Salem as a child to work at a brickyard. He discovered a talent for the craft and decided to open his own brick working business. Black made his bricks in the traditional fashion, completely by hand. He would establish himself as the most talented brick worker in the southeast and become an outstanding entrepreneur, building a great number of grand homes in Georgia, North and South Carolina.

Although he passed away in 1981, his legacy lives on in the area. A statue honoring him was unveiled at Forsyth County Government Center in 2003. Many still say his hand-made bricks were some of the best of their kind, even surpassing bricks of today. The house remains a popular tourist spot for those interested in a fine craft such as brick-making.