This historic site is where a decisive battle—the Battle of Moores Bridge—took place early in the American Revolutionary War. On the morning of February 27, 1776, a British loyalist militia force of around 800 men consisting of mostly Scottish Highlanders, who wielded broadswords, charged across the bridge to fight a contingent of North Carolina patriots (they were part of a much larger force of 1,000 men). With their cannons and muskets, the patriots easily defeated the loyalists, killing or wounding about 30 to 70 of them. The battle, which saw the last Scottish Highland broadsword charge, ended British hopes of regaining control of North Carolina and terminated British plans to invade the colony at Brunswick Town. It also spurred the colony to become the first one to vote for independence and encouraged the other colonies to follow suit. The site is managed by the National Park Service. There are trails and a visitors center open. Tours are given by reservation from Wednesday until Sunday.

The bridge where the battle took place

This modern bridge marks the location where the battle took place. Visitors can learn about the battle in the site's visitor center. 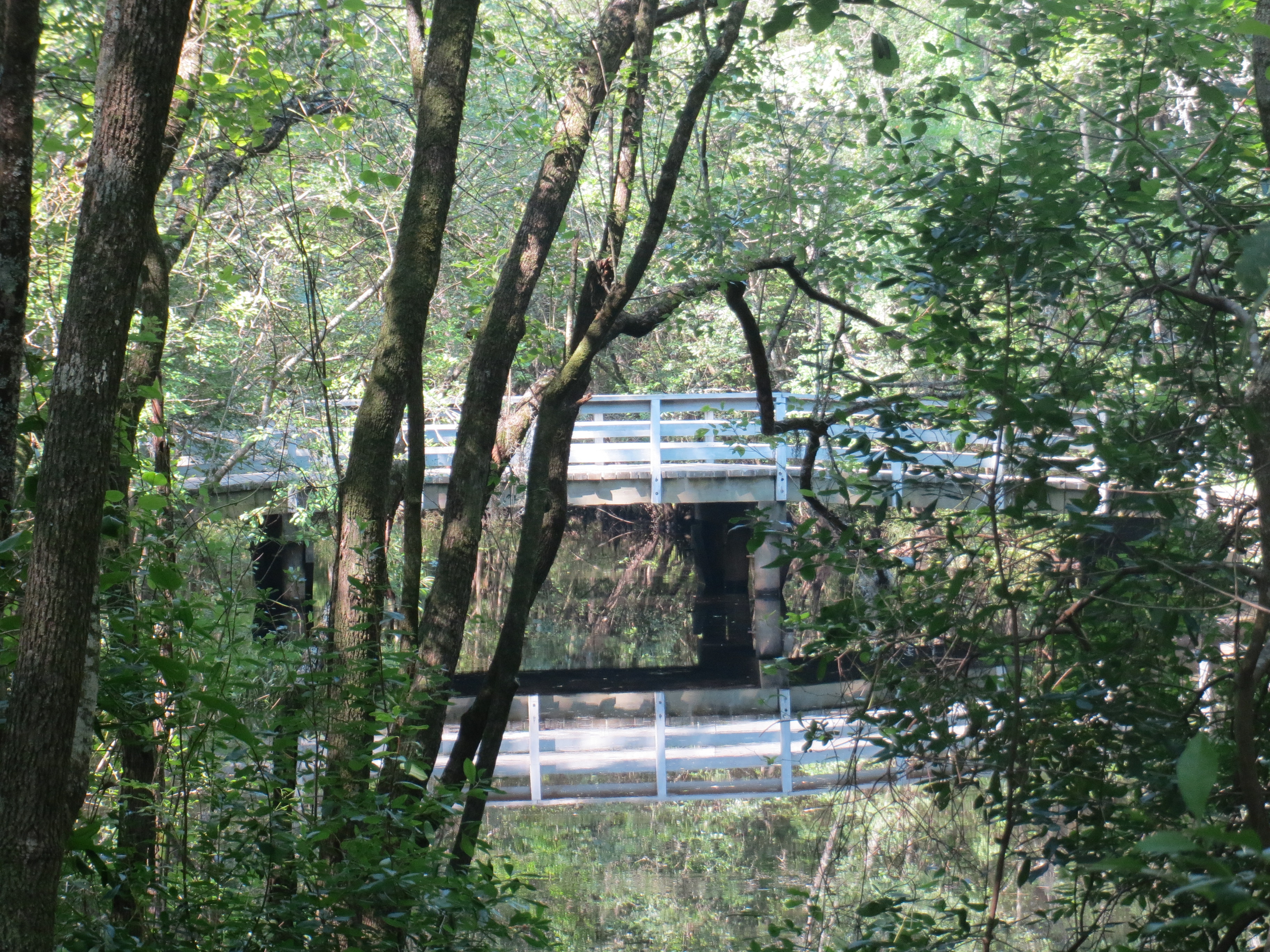 The prelude to the battle began in early January when the British crown approved the plan former (i.e. exiled) North Carolina Governor Josiah Martin to retake control of the colony. The British agreed to send troops under two commands—one under Lord Cornwallis and the other under Sir Henry Clinton—to Cape Fear. They would join the loyalist force recruited by Martin, who planned to march to Wilmington.

However, Col. James Moore, for whom the battle (and bridge) is named, got word of this plan and entrenched his force on the most direct route to Wilmington. To get around this blockade, Martin directed his force to cross at Moores Bridge. To counter this move, Moore ordered a portion of this force to the other side of the Moores Creek. They put lard on the bridge, making it very slippery and forcing the loyalists to cross single file. The patriots opened fire, killing and wounding dozens of the men including the commanders. The loyalists, now leaderless, fled and eventually most of the militia was captured. The battle marked the permanent end to British rule in North Carolina.