At one time a stagecoach stop, tavern, and an inn, Pope's Tavern is one of the the oldest structures in Florence. Located on the military road that connected Nashville to the Natchez Trace and on to New Orleans, the tavern was an ideal stop-over for weary travelers in the 1800s. Legend has it that Andrew Jackson stopped here on his march to the Battle of New Orleans. 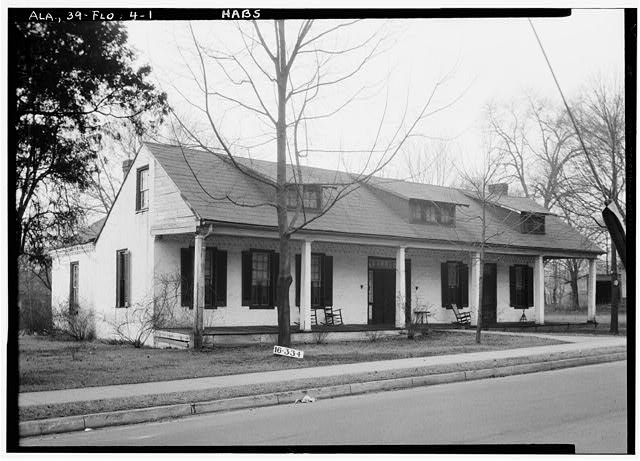 It served as a hospital for both Confederate and Union wounded during the Civil War.  The wounded were brought here from as far away as the Battle of Franklin, Tennessee, and Shiloh.  Later home to the Lambeth family, it remained a private residence until purchased by the city in 1965.
The museum houses beautiful antiques and fascinating artifacts from the 18th and 19th centuries illustrating the uses of the structure as a tavern, inn and private residence.  The second floor is filled with artifacts from the Civil War and items of local history.
The museum is operated for the purpose of displaying, teaching, and interpreting the cultural history of Florence and the Shoals area.  The annual Frontier Day Celebration takes place at the museum the first full weekend of June with demonstrations of pioneer crafts and dulcimer music.