Built in 1870 by inmates, the Idaho Penitentiary is known for its inmates around the world. Some famous prisoners include Harry Orchard who murdered the governor and Lyda Southard known for killing many of her husbands. It was a functional prison from 1872 until 1973 as buildings were added on to house more and more prisoners.Maintaining the gardens, helping with security, and doing laundry were some of the ways the prisoners kept busy. The penitentiary closed-down due to riots about living conditions within the facility. Now, guests from far and wide tour the buildings and get a sense of what the inmates living conditions were like. 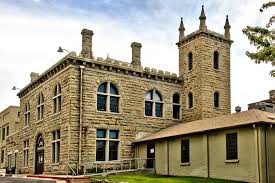 One of the guard towers 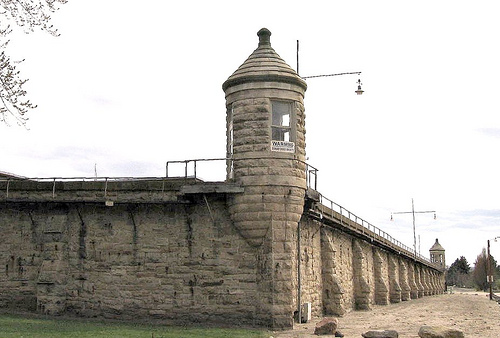 View of one of the cell blocks 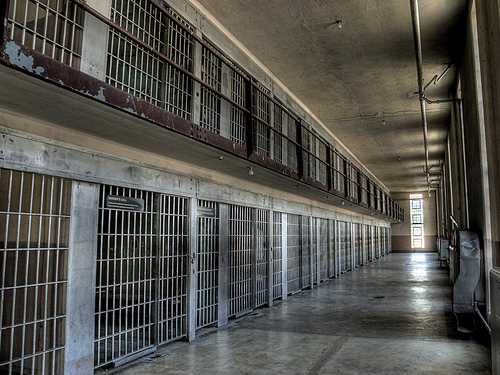 Entrance to the former administration building 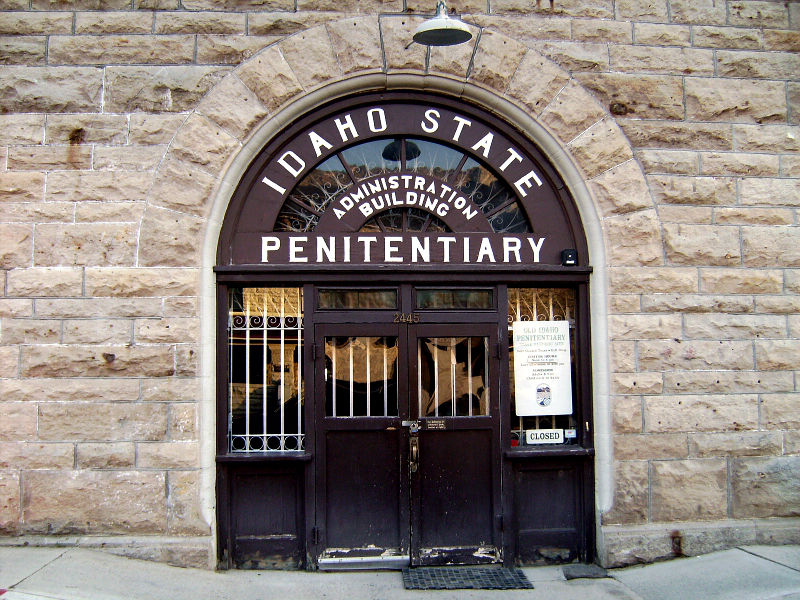 The penitentiary site. The women's building is in the foreground. 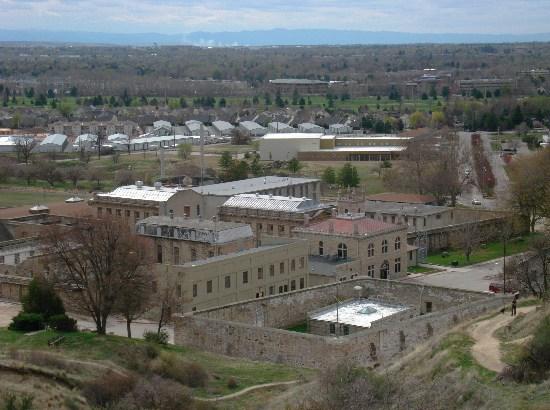 The Idaho Penitentiary was built when Idaho was still a territory and started as one building but continued to grow as more inmates came. As it grew, inmates were put to work to construct more buildings. One building soon became two and in the end 15 buildings stood. In 1920, a woman's ward was built to separate the women from men and in total housed 215 women over the course of 30 years. A variety of buildings helped separate inmates while they served their due time.

The Penitentiary includes 15 buildings all with a specific purpose whether that be for dining or housing prisoners. The dining hall was built by inmate George Hamilton, who built it so natural light would come into the basement. The shirt factory building/loafing room was where inmates would do laundry and often for individuals at the Air Force base as said on a sign at the penitentiary itself. Most of the wings where inmates often spent their time were very similar. However, there was a maximum security building for the worst of prisoners and even a building for punishment where prisoners would spend days in without coming out of. The womens ward was outside of the main yard and closed off by its own wall. Most days were spent in cells but when let out, prisoners had duties to fulfill and sometimes were able to play sports.

In the penitentiary, there was a recreational area where inmates participated in such sports as basketball, tennis, and football. The most known sport played though was baseball where anyone could play whether they were imprisoned for robbery or murder. Prisoners were allowed 1 hour outside each day where often times they practiced sports for games during the weekend. Other ways prisoners were entertained included drawing, building,planning escapes, and hanging out with animals that would sneak in. One of the most well-known animals was "Dennis the Cat" who made friends with others and even was buried with a ceremony.

Tens of thousands inmates came through the penitentiary. Most being men but a couple hundred were women. Ages ranged from as young as 10 to 70 years old. James Whitaker, 11 years old, got upset that his mom asked him to do laundry and shot her being charged with 2nd degree murder. Robert Benard Kennedy, age 36, was charged for kidnapping and 2nd degree assault. Crimes ranged from adultery to murder.

The Penitentiary was closed down in the early 70s from riots over how awful the conditons were. Lots of things burned including the hospital which didn't survive. Now, the penitentiary is a museum that guests can tour. They see a glimpse of what it would've been like and get an eerie feeling. The penitentiary is a great site that shows history.