Round Barns of Chenango County

Built in 1919, this is one of two round barns built by local dairy farmer DeVern Bates. The second barn was built in 1931 and is located 1/2 mile north on Rt. 12. The barns exemplify a 19th century style of dairy barn architecture and both are listed on the National Register of Historic Places. 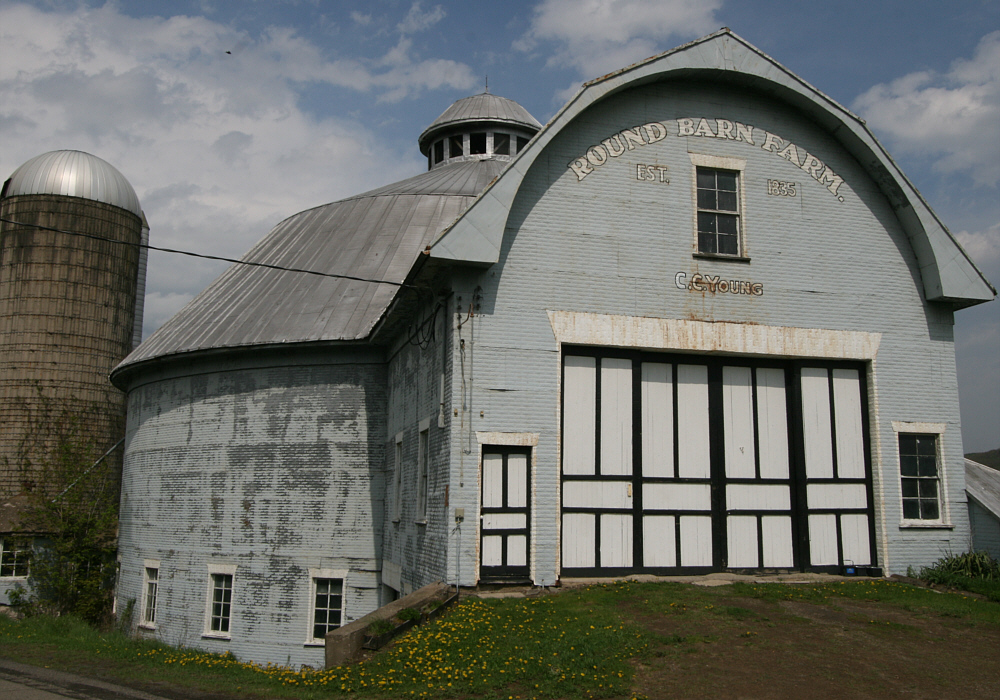 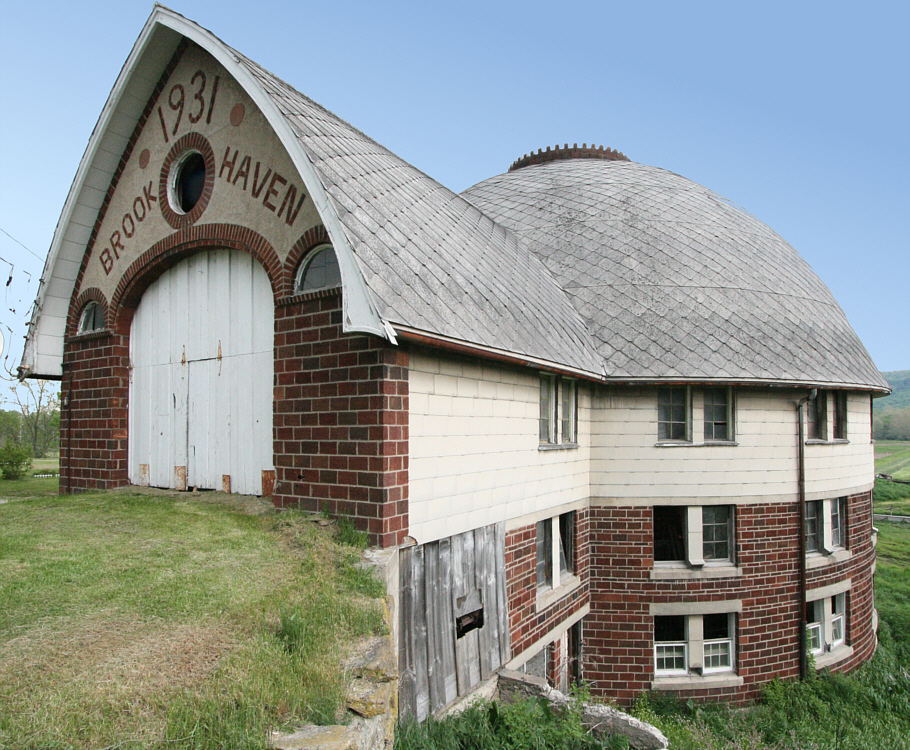 Built in 1919, the barn at James Clifford Young’s Round Barn Farm was the creation of a nearby farmer, DeVern Bates. In the early 1900s, round barns were promoted for improving efficiency in dairy farming, and the concept experienced short-lived popularity in some mid-western states.

A silo formed the center of the round, 80-foot diameter three-story structure. On the ground level, dairy cows were arranged in a circle, all facing toward the silo where food was deposited through trap doors and chutes from an upper floor. A gutter was located just behind the cows and above that, a "litter track" circled the room for efficient cleanup. A walkway around the perimeter provided plenty of room for the farmer to work.

Built on a slope, horse-drawn wagons delivered hay and silage to the second floor. Then, using ropes and pulleys, large tongs grabbed the hay which was then hoisted to the third floor loft. Conveyors and blowers were used to fill the central silo.

Just up the road is another round barn. Built in 1931, the four-story round barn known as Brook Haven was also built by DeVern Bates… this one for his own farm. Unlike traditional round barns where cows are arranged in a circle facing inward, Bates designed Brook Have to have the cows face outward. According to Bates, this configuration provided better ventilation for the herd even greater efficiency. As he reportedly explained at the time, there's more work to do at the back end of a cow than at the front end.

Both farms were successful dairy operations for several decades. Today, although no longer operating as dairy farms, the round barns remain in their respective families. Chuck Young maintains the barn and lives on the homestead of his grandfather, "JC" Young. Just up the road Chris Depue owns and manages the barn designed, built and originally operated by his great-grandfather DeVern Bates.

The barns have been well maintained and continue to be structurally sound. Both are listed on the National Register of Historic Places. Besides the obvious shape of the buildings, each has a strikingly unique appearance. The Young barn is faced with pressed iron sheathing, while the Bates barn has an impressive stucco, brick and glazed tile arched entrance. The craftsmanship and attention to detail is evident in both structures.