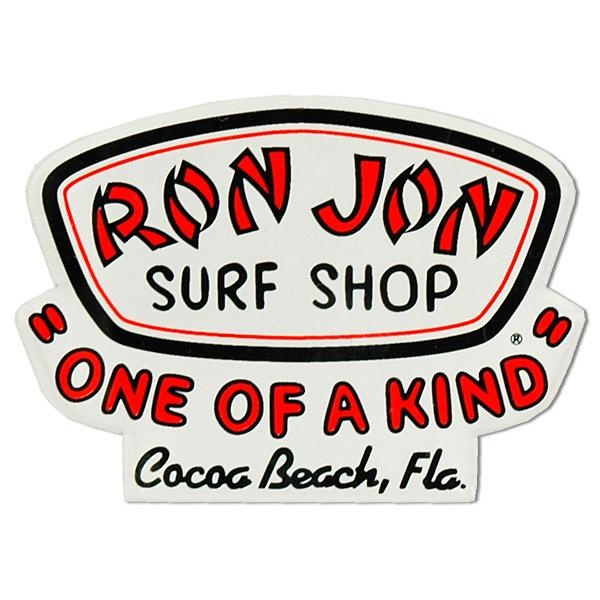 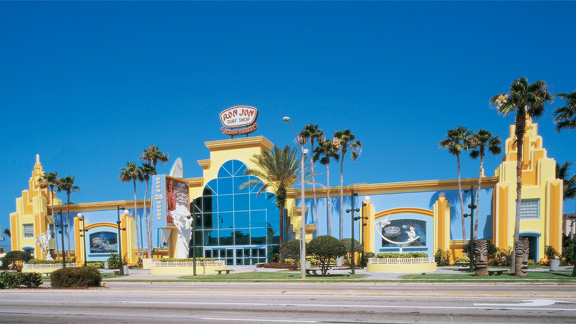 In the late 1950s a young man from New Jersey, Ron Deminna, had a passion for the sport of surfing.  Deminna approached his father for the money to purchase a surf board.  He did not want a surf board like the other surfers along the Jersey Shore, Deminna wanted a custom surf board from California.  Before he purchased the surf board Deminna's father gave him some advice that would shape his future and the future of surfers around the world.  The advice was simple "...buy three, sell two at a profit, then yours will be free..."  Deminna listened and Ron Jon Surf Shop was established.

Surfing was featured in many movies and television shows during the early 1960s.  As the sport of surfing became popular, so did Ron Jon Surf Shop.  By 1980 the business in Cocoa Beach relocated to a larger store.  The popularity of the store, the merchandise, and the quality surf board grew.

Located in Cocoa Beach, there is 52,000 square feet of shopping.  The hot flamingo pink and tropical green store is the most visible and recognizable building in Cocoa Beach.  Today Ron Jon Surf Shop is not only a shopping location, it is a vacation destination for anyone visiting the Space Coast.

The Ron Jon logo is visible on all types of vehicles around the world due to an innovative marketing campaign.  With every purchase the stickers are given away.  More than two million stickers bearing the logo are given away annually.  Not only can the logo be seen in this world, it is also visible in the space station orbiting the earth.

Merchandise has expanded over the years.  From tee shirts, shark teeth, bathing suits to boogie boards, sand pails to surfboards, jewelry, knickknacks, and lotion, as well as surf boards, the store now sells a variety of items related to sand, surf, and fun.  The store has multiplied locations over the years with locations in several major metropolotian and vacation destinations.  The Cocoa Beach location is known as the flagship store, the largest, and the most recognized.  Ron Jon Surf Shop has been an iconic force in the popularity of the sport of surfing along the East coast of the United States.